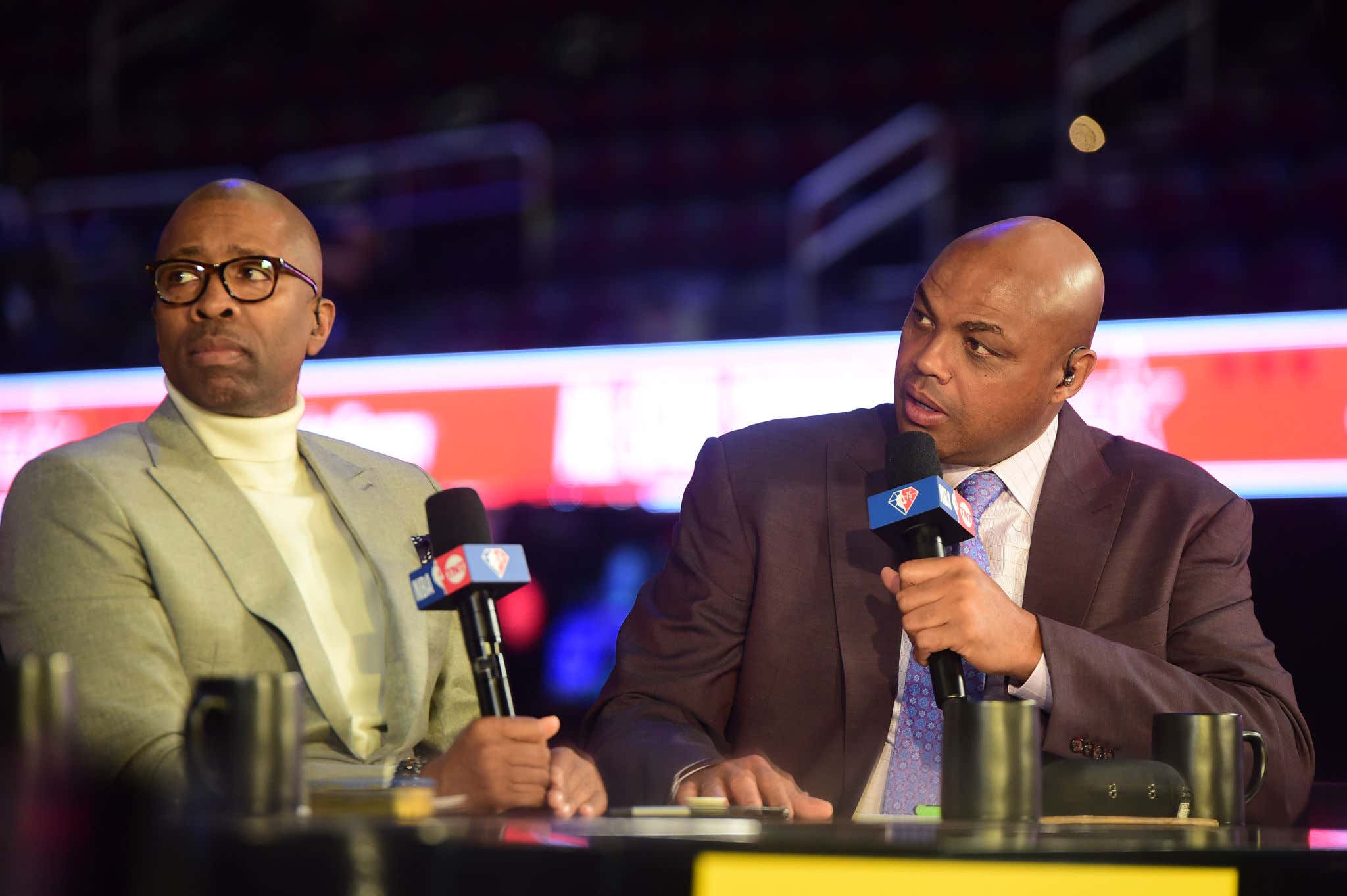 You can always count on TNT's NBA studio crew to provide entertainment comparable to whatever's happening on the basketball court, even in the playoffs. Tuesday was no exception. At the halftime break of Game 5 between the Dallas Mavericks and Phoenix Suns, former NBA stars Kenny Smith and Charles Barkley decided to have a competitive sprint to the massive video screen where they analyze plays.

And this is like an Olympic swimming-level of a close call at the finish:

The fact that it's even this tight is nothing short of stunning. Just look at the disparity in nicknames between Barkley and Smith. Sir Charles is pretty clearly being celebrated for his size, whereas Smith is allegedly getting gassed up because of his speed and quickness.

WTF Kenny!?!? I don't know if I'm more impressed with Chuck's feat of relatively fleet feet, or whether it's more just sad that some guy nicknamed "The Jet" doesn't win this running away. And it wouldn't be as big of a deal if primary host Ernie Johnson didn't mention that "Jet" nickname every single time the telecast cuts over to them.

I'm gonna spin it positive here and celebrate Chuck, because he's the fucking man. Again, it's too close to call, so here's LeBron James to be the final judge: