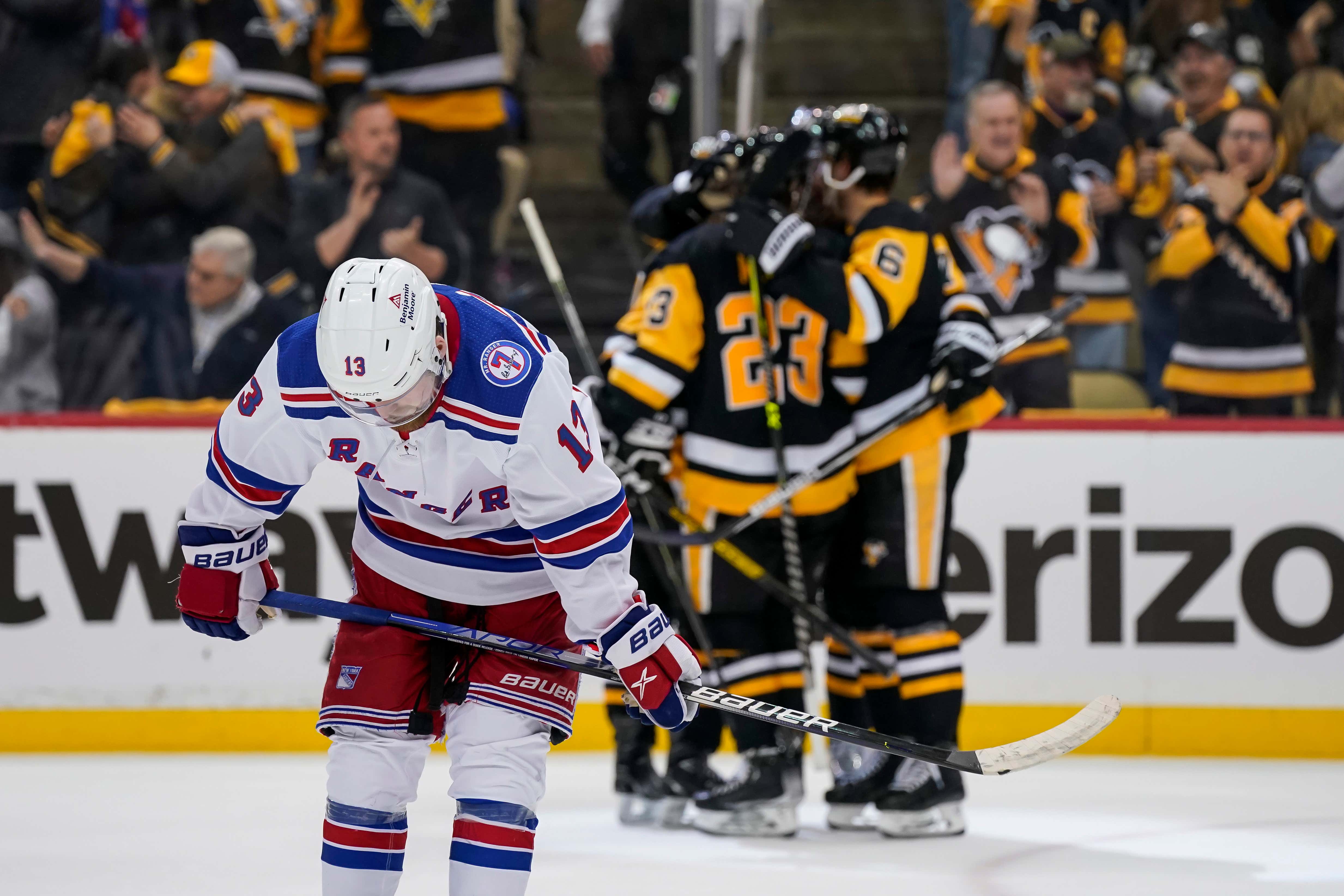 Anyone who knows playoff hockey knows every series is a roller coaster. Peaks and valleys. The Rangers being down 2-1, especially in the manner they've dropped the pair, will be looked back on as their series low. You can blame officiating. You can blame bad bounces. Both have certainly not been in their favor. Still, they had 3+ periods to take Game 1 and then 24 minutes and three powerplays to take a lead Saturday night. Despite a lot not going their way they've had ample opportunity to be up in this series instead of where they are. It's been right there.

So the potential of facing a 3-1 hole should galvanize this squad starting tonight in a crucial Game 4. The Blueshirts are the deeper team. Healthier (Lindgren skated with the team this morning & they may roll 7 D). Monumental advantage between the pipes. I said before the series began that Crosby would make sure his Pens were not an easy out but this should be their peak. They've had a heavy dose of fortune on the ice and barely came out with a pair of wins which tells me one thing. The Rangers don't even have to be peak Rangers to advance. Simply be a tick better than they've been, or just more opportunistic, and that'll be enough to dispose of a banged up Pittsburgh squad hanging on for dear life to Lady Luck's coattails.

All year long, the worst position for an opponent to be in is to play the Rangers after a loss - let alone a loss where Shesterkin looked like a mere mortal. There's no doubt in my mind we see the best 60 minutes from the Blueshirts yet and hammer home some serious uncertainty into a Pens group facing a best-of-three with a pair at MSG. And if for some reason the Blueshirts can't pull out a critical Game 4 then how could they be expected to take a potential Game 6 or 7? Is that all their outstanding regular season is worth? A quick first-round exit? No way…