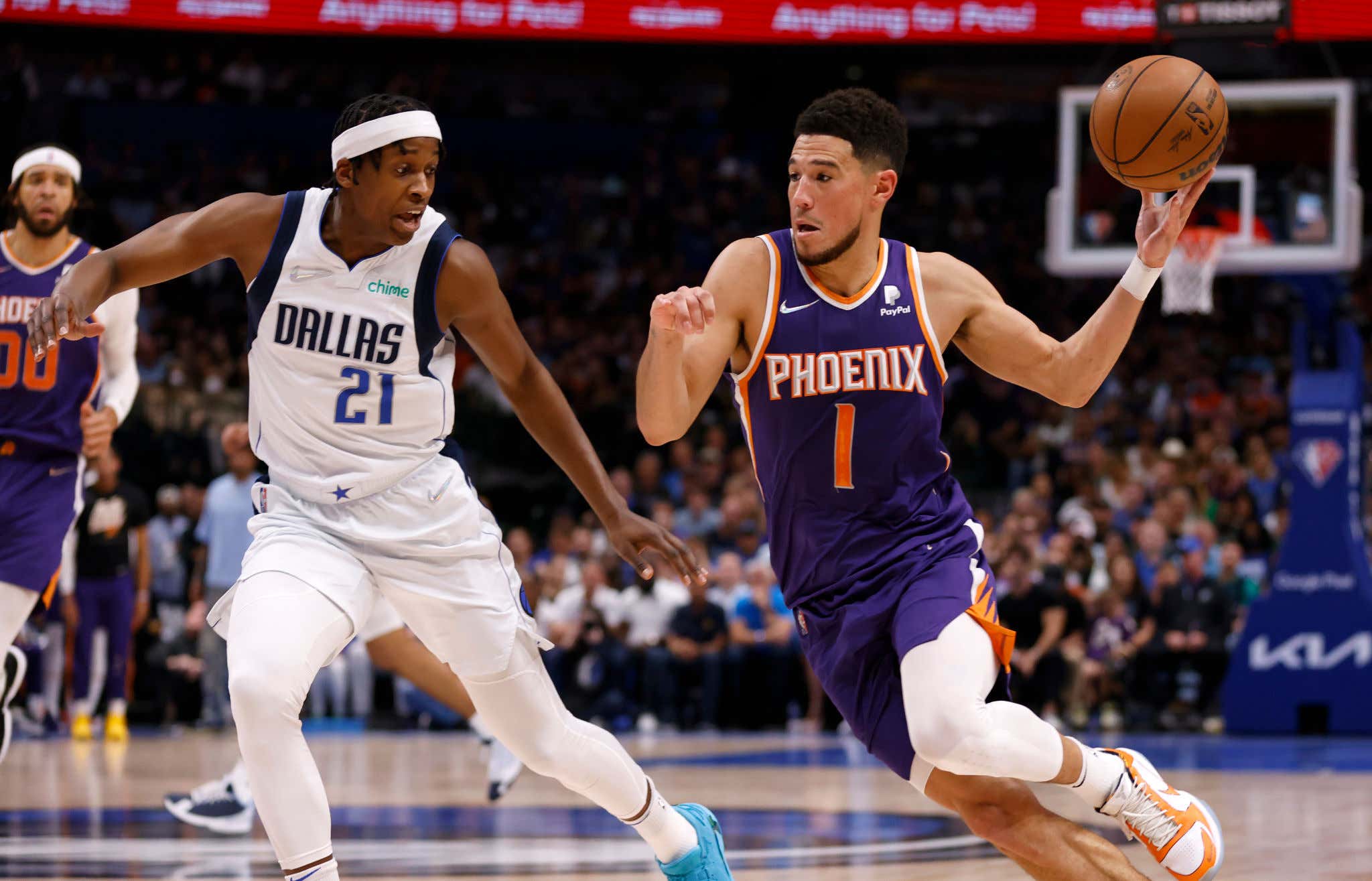 It seemed like the Suns and Heat were destined to sweep the Mavericks and 76ers, but to each second-round underdog's credit, they came out firing in their previous contests. Joel Embiid's return sparked Philadelphia's outstanding defensive effort in a 99-79 rout. Jalen Brunson stepped up for Dallas with 28 points in Game 3 to help the hosts win by a score of 103-94.

That sets the stage for Sunday's Game 4 slate, so now we'll dive into some of the betting lines, props and key stats to see how feasible it is for the home teams to pull off the improbable yet again.

D and 3's are the keys to Mavs victory

At this point there's no changing Dallas' identity. They're gong to hoist a shit-ton of 3-pointers and live with the consequences. The Mavs actually shot well from long distance in the first two games but just couldn't stop Phoenix. That changed on Friday, as the Suns were forced into 17 turnovers and shot only 44.7% from the field.

Where I'd be concerned if I were a Mavs fan: There is a 0.0% chance Chris Paul (OU 8.5 assists) will commit seven turnovers again. He coughed the ball up six times in the opening quarter. CP3 could get through four games or more before giving it up that often. The other red flag: Phoenix is still outrebounding Dallas by 11 per game. Suns wing Jae Crowder (OU 5.5 rebounds) has averaged over seven for the series.

Going into Game 3, the Suns (-127) had beaten the Mavs (+107) 11 consecutive times. It was surprising to say the least that Dallas won with such ease. Luka Doncic (OU 52.5 pts, reb, ast) getting help from Brunson and anyone else who wants to pitch in on offense should only spur on the effort at the defensive end. What was encouraging about the last game was Reggie Bullock and Dorian Finney-Smith not only doing an exceptional job defending on the swing, but also hitting a combined eight 3-pointers on eight of 21 attempts.

This is basically the Mavs' season. It's over if they go back to Phoenix down 3-1. They have all the momentum and have unearthed a winning formula that has long eluded them against the Suns. However, in the rare prior instances the visitors have lost this season (20 times total counting the postseason), they've responded almost every time, going 16-4 SU with an average points differential of +8.9. That leads the NBA.

Philly out to prove last win was no fluke

You could make a strong argument that a perfect combination of circumstances got Philly over the hump. The Sixers got seven 3-pointers from Danny Green, who you almost forget is playing most of the time. Joel Embiid (OU 38.5 pts reb ast) had just cleared concussion protocol and wasn't expected to fare well as he gutted through multiple injuries to play. That type of charge to the team can't really be replicated — even if Embiid's tremendous defensive impact continues to be felt:

James Harden is still expected to be the hosts' second superstar — or is he? — and he's still bad. The Beard missed seven of 11 shots and six of seven treys the last time out in addition to committing seven turnovers. Miami (+1.5) is 19-10-1 ATS after losing the previous game, so going by that logic and the negligible spread, their season-long sample size suggests they should be favored, even in Philadelphia. Meanwhile, the Sixers are only 20-25 ATS at home.

The Heat also tried to play Kyle Lowry for 25 minutes despite his nagging hamstring injury and he came up with precisely zero points. I can't imagine Erik Spoelstra doesn't adjust the rotation once again and cut Lowry's role down at least in the short term. Even without him, Miami had been comfortably winning.

Credit Philadelphia's defense all you want, but basically everyone on the Heat had an awful shooting night in Game 3, leading to a team field goal clip of just 35.1%. That won't happen again to such an extreme extent. A low-scoring, physical type of duel is just what the Heat and their culture has been building toward. They relish the opportunity to flex their toughness and grit. I'm not sure this Sixers squad has that same makeup outside of Embiid and Tyrese Maxey (OU 19.5 points).

Speaking of Maxey, if his side wants to optimize its chances to advance past Miami, the priority should be making him a more focal point of the offense. He had 24 points in the last win on only 11 shots. If I were Doc Rivers, I'd give Maxey the perpetual green light until the wheels fall off. Maxey is unfazed by the heightened playoff scrutiny.

In the obscure prop realm, do consider P.J. Tucker (+110) Over 5.5 rebounds. He's had at least seven boards in each of his last four road outings. Or you can fade him (how reliable is P.J. Tucker after all?), with the rationale that Bam Adebayo (+225 to record a double-double) will be more than a little eager to crash the glass and is liable to be far more aggressive after Embiid manhandled him (nine points, three rebounds, five fouls) in the last meeting.

Not sure why Devin Booker only took 13 shots in Game 3. He's usually in attack mode when the stakes are high. I expect him to reenter to that mindset today and help Phoenix win by a couple possessions at least. Also worth noting: He shot 43.7% at home during the regular season compared to 49.4% on the road, so he has a history of stepping up in unfriendly environments.

Based on how Game 3 went, how such a brand of basketball tends to work in Miami's favor and the recent Under trend for the Heat, I'm riding that side of the Miami-Philly total points line and taking the Heat to pull the mild upset.