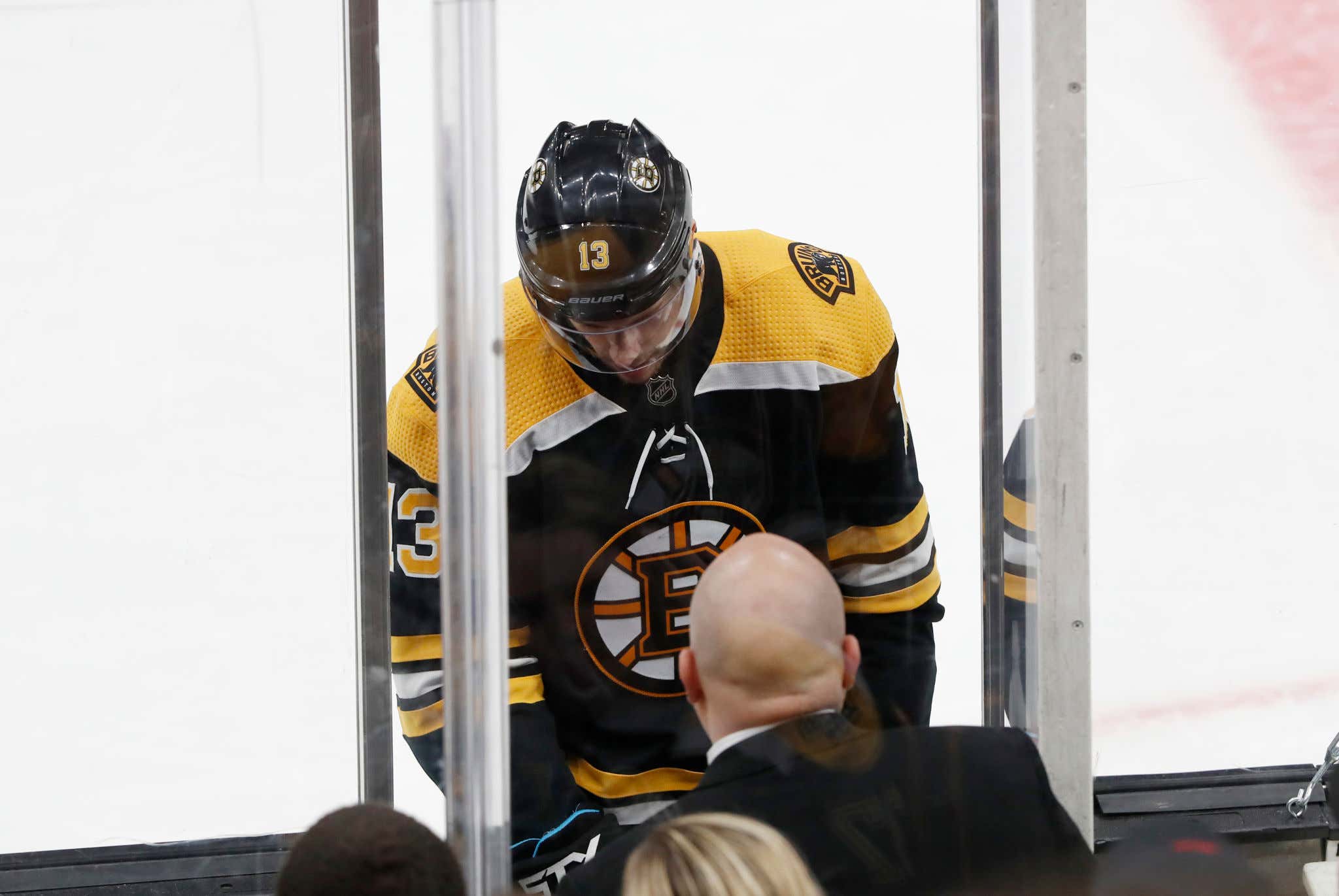 I've never seen this at a hockey game before. NHL fans bang on the glass all the time to make noise and celebrate positive plays for the home team. Unfortunately in this instance, a large piece of the glass at TD Garden was dislodged and fell on a penalty box attendant during the second period of Friday's matchup between the Boston Bruins and Carolina Hurricanes.

The TNT telecast said the attendant was knocked unconscious due to the accident, and although later updates suggested he had woken up, the glass apparently broke after contacting the man:

Leading regular-season goal scorer David Pastrnak scored at the 14:53 mark of the second period on the power play to put Boston up 3-1. The Bruins entered tonight trailing in the series 2-0 after the Hurricanes held home ice with a 5-1 victory in the playoff opener and a 5-2 romp in Game 2.

But most importantly right now, let's hope this man is OK.