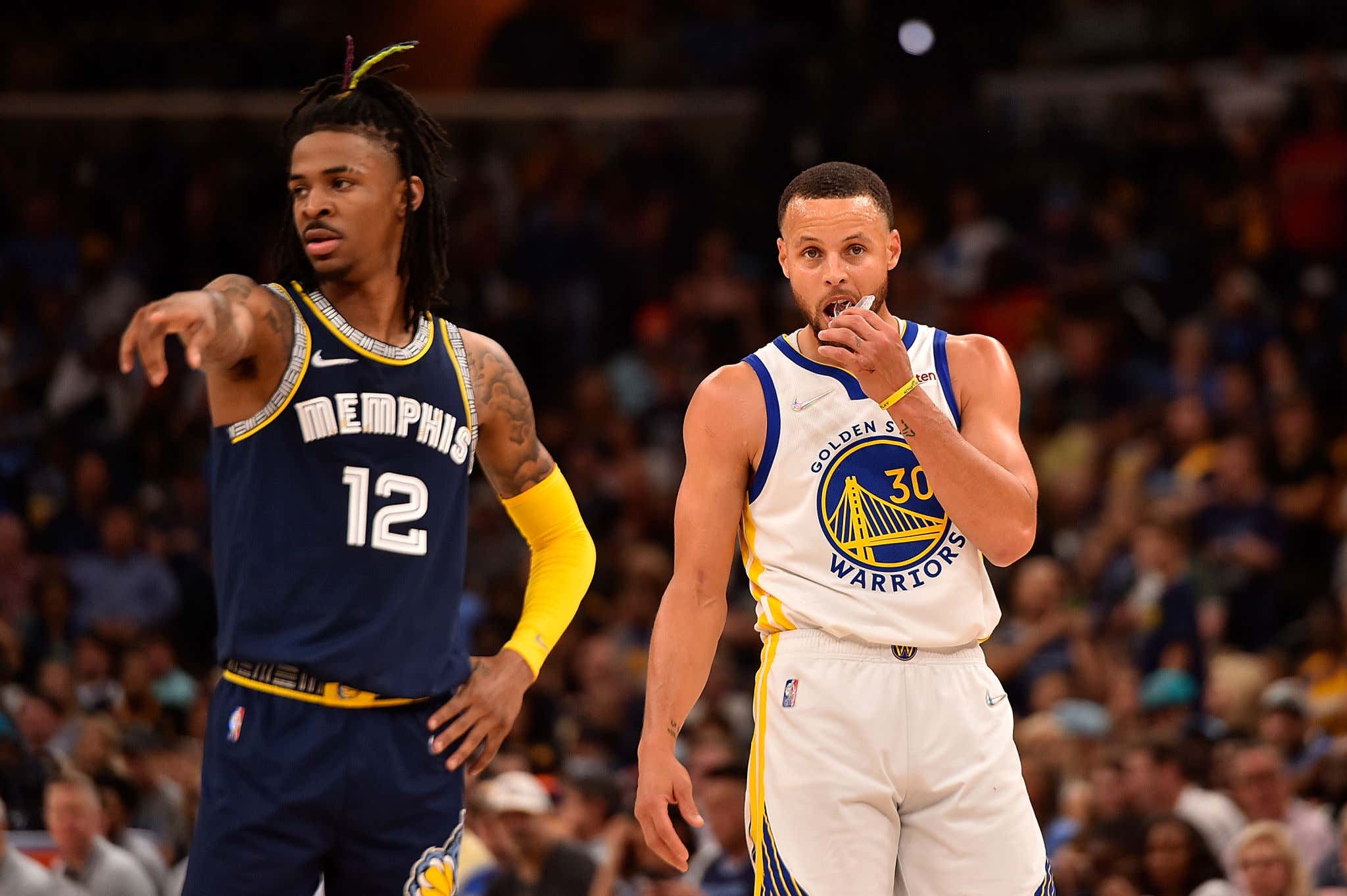 On a loaded Saturday sports calendar, it's hard to get much better than this for the second round of the NBA playoffs. The defending champion Bucks return home to host the Celtics in the afternoon. Then, the nightcap features the league's most recent dynasty in Golden State taking on an upstart Memphis youth movement.

With all the star power, electricity and high stakes for today's Game 3 action, I don't know what else I could do to hype it up. If you're here for it, you're here for it. Time to dig into some betting goodness.

One of the most impressive aspects to Boston's surge to finish the season was its elite play away from home. The Celtics (+2/+110) wound up with a +7.6 point differential on the road, and have gone 16-3 SU in their last 19 outside of TD Garden. That's absolutely ridiculous.

Part of what makes the capable visitors such an intriguing wild card is how well Jayson Tatum (-109 to be Game 3's leading scorer) has played in the postseason.

If Tatum keeps this up and gets the Celtics to the Conference Finals or even further, his standing among the league's elite players will become one of the sauciest NBA conversations of the summer. So yeah, Tatum crushing it. Boston being historically great on the road. All trending the Celtics' way. Or so you'd think.

But like…on Friday night, the Suns entered Dallas having beaten the Mavs 11 straight times and got WORKED 103-94. The postseason is a different animal, no matter who you are and how accomplished you might be. This Boston team's best basketball seems to be ahead, yet I don't know if they're quite ready to challenge the Bucks (-2/-130) in this type of atmosphere.

Giannis Antetokounmpo (OU 30.5 points) shot 38.4% in the first two games. If I could, I'd bet he'll hit over 50% of his attempts in Milwaukee. Not to take anything way from how well the Celtics are defending him. Giannis is simply that good. NBA Defensive Player of the Year Marcus Smart is great. As far as guarding the Greek Freak, that falls on Al Horford and Grant Williams (plus Tatum on occasion). I'd put my money on Giannis holding up better than Horford and Williams over the rest of the series. They've taken an absolute beating so far, and had the adrenaline and good vibes from their home crowd to carry them to this point.

It's really hard to get a handle on what will happen in this one. Milwaukee destroyed the C's in Game 1 by a score of 101-89. Boston roared back with an even bigger blowout of 109-86 in response.

Ja Morant and Memphis are MOVING the needle

At 22 years old, Ja Morant (OU 28.5 points) is taking the NBA by storm. It's not like Memphis is a massive market, nor does it have some sort of franchise history steeped in greatness. That hasn't stopped Morant from making the Grizzlies must-see TV — and his popularity as the leader of this young team is reflected in actual data:

How crazy is that? There are shades of young, prime Derrick Rose to Morant's game, which has some concerned that he won't be durable enough to play his high-flying, borderline reckless and relentless style of ball. So far, Morant has fared just fine. And because of him, along with a bevy of precocious teammates, Memphis is moving through the postseason deeper than anyone could've believed before this season started.

But in the first round, the Grizzlies faced another young team in Minnesota. Now, they're going to the belly of the beast. Chase Center. Home of the Warriors (-7), who are prohibitive favorites for good reason. Golden State has an NBA-best +10.1 average point differential in their own arena. Their core of star players has won three NBA titles. They stole Game 1 in Memphis as Morant missed a scoop layup at the buzzer that would've won it. Morant also shoots 46.6% on the road compared to 52.3% at home.

All those elements work in the Dubs' favor. Despite the Grizzlies (+240) boasting the second-best road record at 28-16 SU, I'd have a hard time seeing them in a track meet with Golden State, in that hostile environment, being able to keep up well enough to pull off an outright upset. The Warriors also have the No. 2 home scoring defense, yielding only 103.2 points per contest.

Another huge personnel factor to consider: The fact that Memphis will be without its No. 2 scorer, Dillon Brooks. He committed a Flagrant 2 Foul that injured Gary Payton II in Game 2. As you probably could've guessed, Skip Bayless blew a gasket over Brooks' ban and went on a conspiracy theory-laced tirade:

That was just for fun. Back to more betting-centric goods. Here's an interesting if mildly obscure prop to consider: Andrew Wiggins Over 1.5 3-pointers (+130) — because he's hit at least two in 12 of his last 16 home starts. The former No. 1 pick shot 42.4% from beyond the arc at home during the regular season, too. Wiggins had a couple off shooting nights in Memphis, so I'd expect him to bounce back.

Really, the same goes for Stephen Curry and Klay Thompson. The Splash Bros. combined to hit five of 23 treys. They're quite literally the two best shooters ever. I suspect that's another reason why the spread is skewed heavily in the Warriors' favor.

As great as Boston and Milwaukee can be defensively when they're locked in, they're also so skilled across the board in terms of scoring. I expect a fast-paced, better-executed offensive game plan from the Deer, and for the Celtics' road prowess to continue and match the ambitious tempo to lead to an Over hit. In the nine meetings dating back to 2020 that preceded this series, the Over was 8-1.

And yeah, I know, doubting the Grizzlies is no fun. I think Memphis is going to be feeling themselves a little too much. Golden State is about to give them a reality check and show what an NBA champion looks like. Having said that, I think it'll be a close call on the spread, as opposed to like a 20-point blowout. Something like 117-106 seems about right.