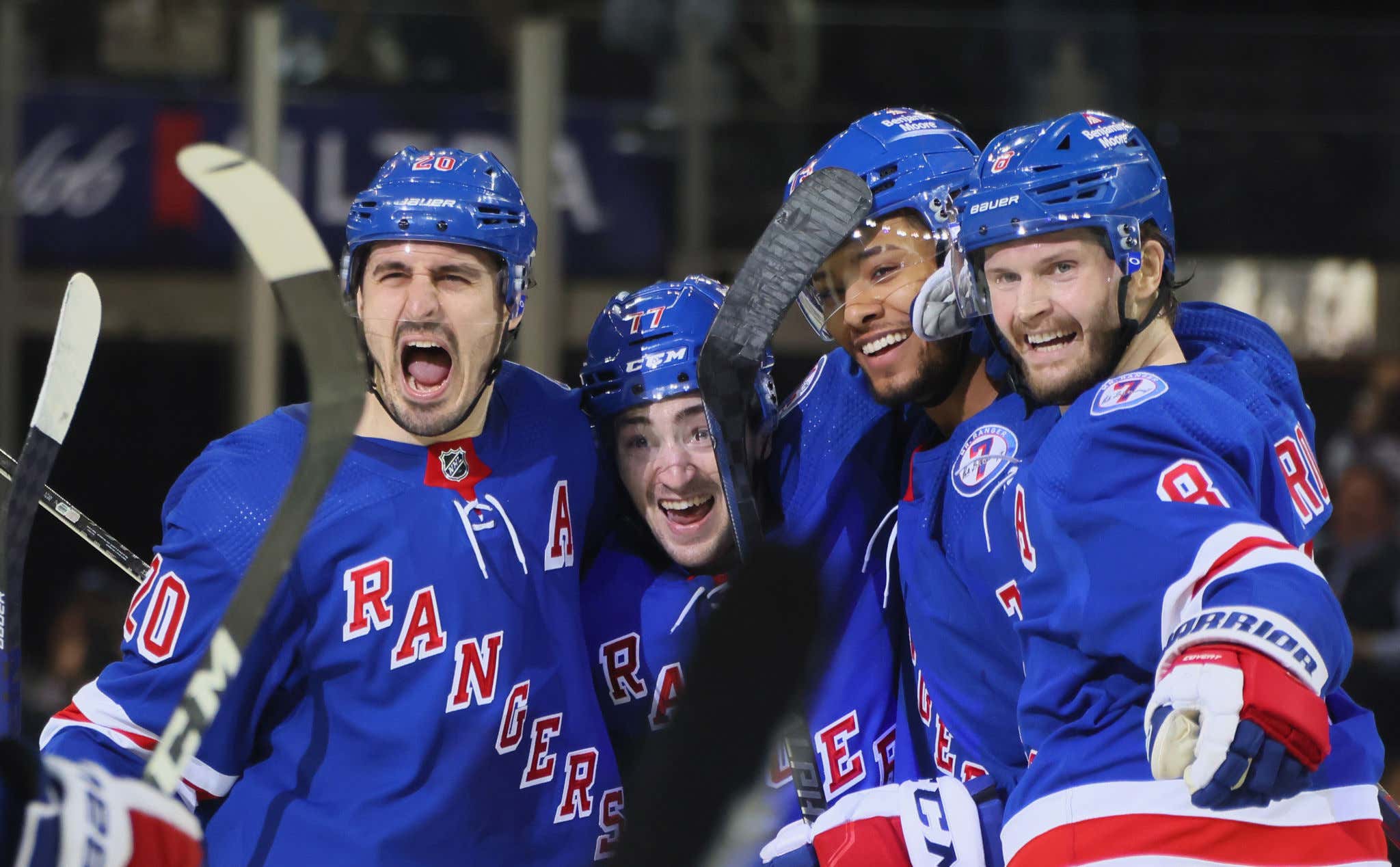 After evening the series Thursday night, the Rangers seized momentum and confidence after handily winning a must-have contest. Still, just like their Game 1 loss, it was only one game. Pittsburgh accomplished what all lower-seeded teams look to do by splitting at MSG. Now, on the heels of victory, Gallant and his squad need to capitalize once again on a third-string goalie and an opponent potentially missing key pieces both up front & on the back end to retake control of the series.

In Game 2 the Blueshirts did a much better job at containing Crosby's line despite them accounting for both Pittsburgh goals. After a laughable 30-2 scoring chances advantage at 5x5 (according to NaturalStatTrick) for the opener, chances ended up a much more acceptable 13-9. The Pens top 6 still dominated high-danger chances by a combined 16-2 though, so there's plenty of improvement to be done defensively against a squad that'll be invigorated by their home crowd & have the benefit of last change. A heavy upper hand between the pipes can always nullify tilted play but it'd be in the best interest for the Rangers to figure out how to play a more balanced game in hostile territory.

And that's the biggest reason to be confident. This series is knotted at one and the Blueshirts haven't played to anywhere near the capabilities we've seen after the trade deadline. There's still plenty of upside. For the Penguins, they're a top-heavy team whose top really can't play any better than they have…and all they've got to show for it is a win that took over five periods and 80 shots to squeak out. The more comfortable these Rangers get, the quicker they'll get back to a level of play that can easily put limping teams like Pittsburgh to pasture. That starts tonight.