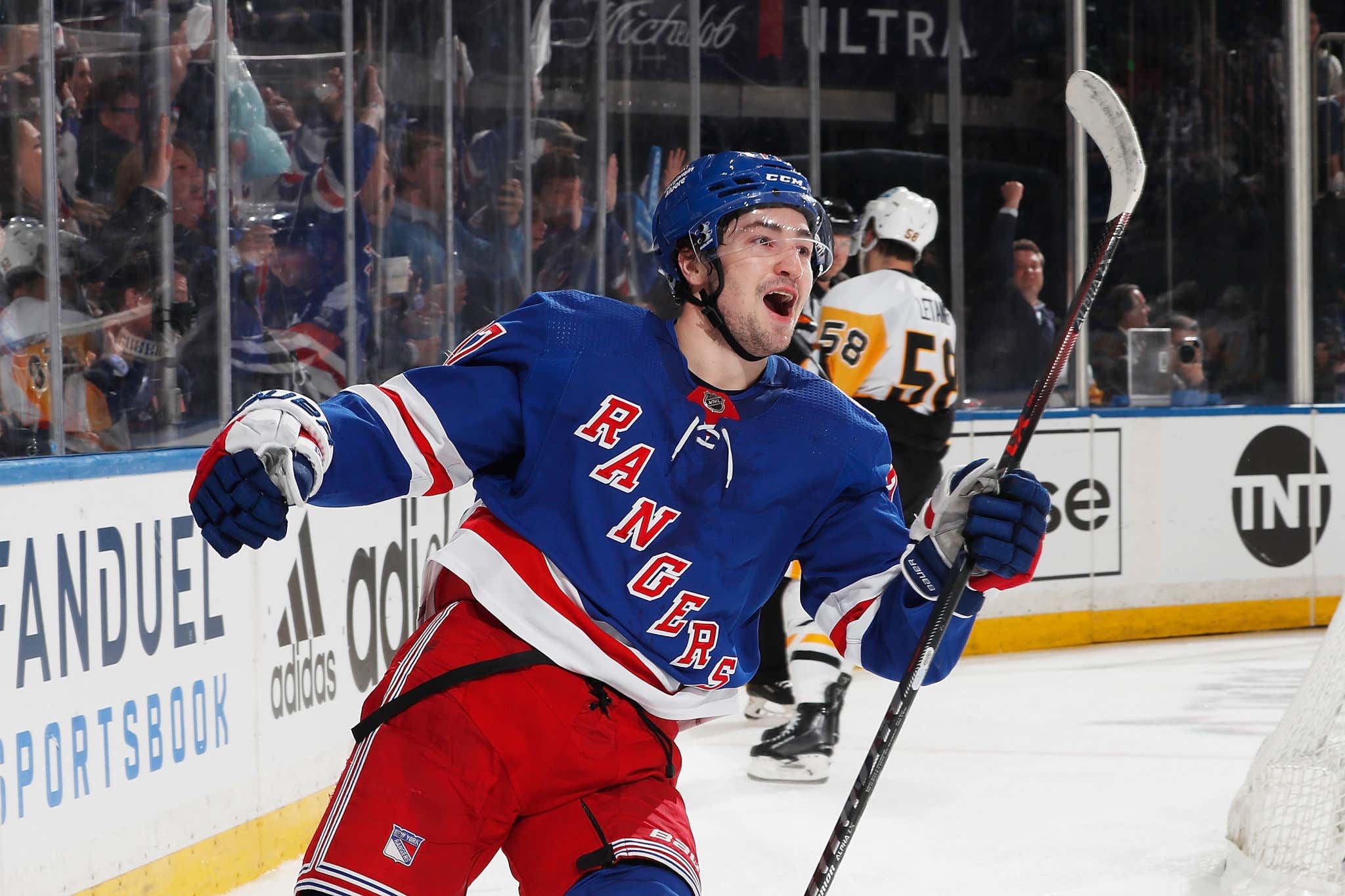 Now that's how you respond…

The Rangers even the series in convincing fashion by a 5-2 score. Their top six was all over the scoresheet with goals from Panarin, Strome, Kreider, Vatrano and Copp. Shesterkin was outstanding once again, especially in the first half of the third period protecting a one-goal lead and the Pens having permanent real estate in the offensive zone. The Blueshirts withstood the assault though before the Breadman and Frank the Tank put the game away.

Sidney Crosby is still in absolute world-beater mode, burying a late second period tuck despite being surrounded by four defenders who thought they could stop #87 by simply swinging their sticks. Not gonna happen when he's running as hot as he's been these first two games. It was gut check time for the final frame and, thanks to Igor motherfucking Shesterkin, NY took the period and the game.

No Lindgren, no Goodrow, no problem. Jeff Carter tried to make it no Igor too with an "accidental" cheap shot on the Rangers netminder with the contest decided, but it's gonna take a lot more than silly scumbaggery to rattle the soon-to-be Vezina winner. He showed ZERO signs of fatigue after a 79-save Tuesday as his squad pulled out an absolute must-win. Pittsburgh did their job. They stole a road game. Still, this win is huge for the confidence of the Blueshirts and momentum is squarely back in their favor for Saturday's Game 3.

Like I said - this is an outstanding counter-punching team and they've proven it once again. Except they've now done it under exceptional pressure. Now it's time to take a series lead and never look back.