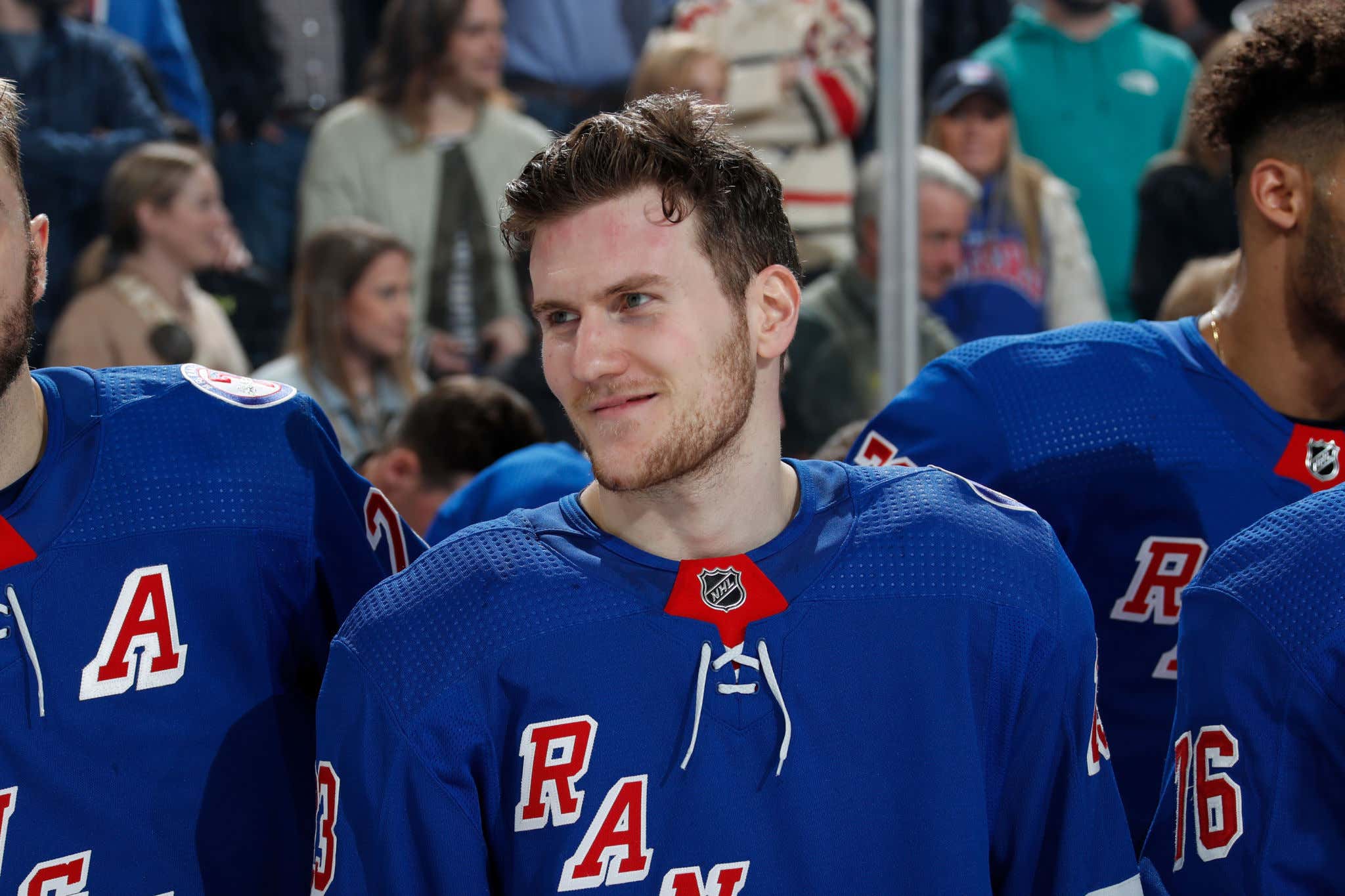 New York Rangers defenseman Adam Fox followed up his Norris Trophy-winning campaign of yesteryear with a ho-hum career-high 11 goals this season, and that uptick in scoring production has IMMEDIATELY carried over to the postseason:

How 'bout that snap wrister!?!? The 24-year-old phenom and Empire State product gave Madison Square Garden plenty to cheer about, and let's be honest, the Blueshirts don't have to do too much more offensively if the regular season is any indication. Star goalie Igor Shesterkin has a 1.85 GAA at home, so not to jinx it, and not to disrespect the Pittsburgh Penguins, but one more goal after this just might do it.

Fox has been integral to this incredible turnaround in New.York under the new regime. The Chris Drury-led front office has infused the roster with some new talent, and coach Gerard Gallant is a refreshing, different voice in the locker room. The Rangers' execution on the power play has been great all season, ranking fourth in the NHL. But the key to success in the playoffs is stellar goaltending, which Shesterkin provides in spades.

To have an offensive threat like Fox on the blue line and backstop like Shesterkin behind him are just a couple of factors that make this Rangers team feel like a legit contender. Let's see if New York can convert a dominant opening period into a Game 1 victory against their Metropolitan Division rivals.