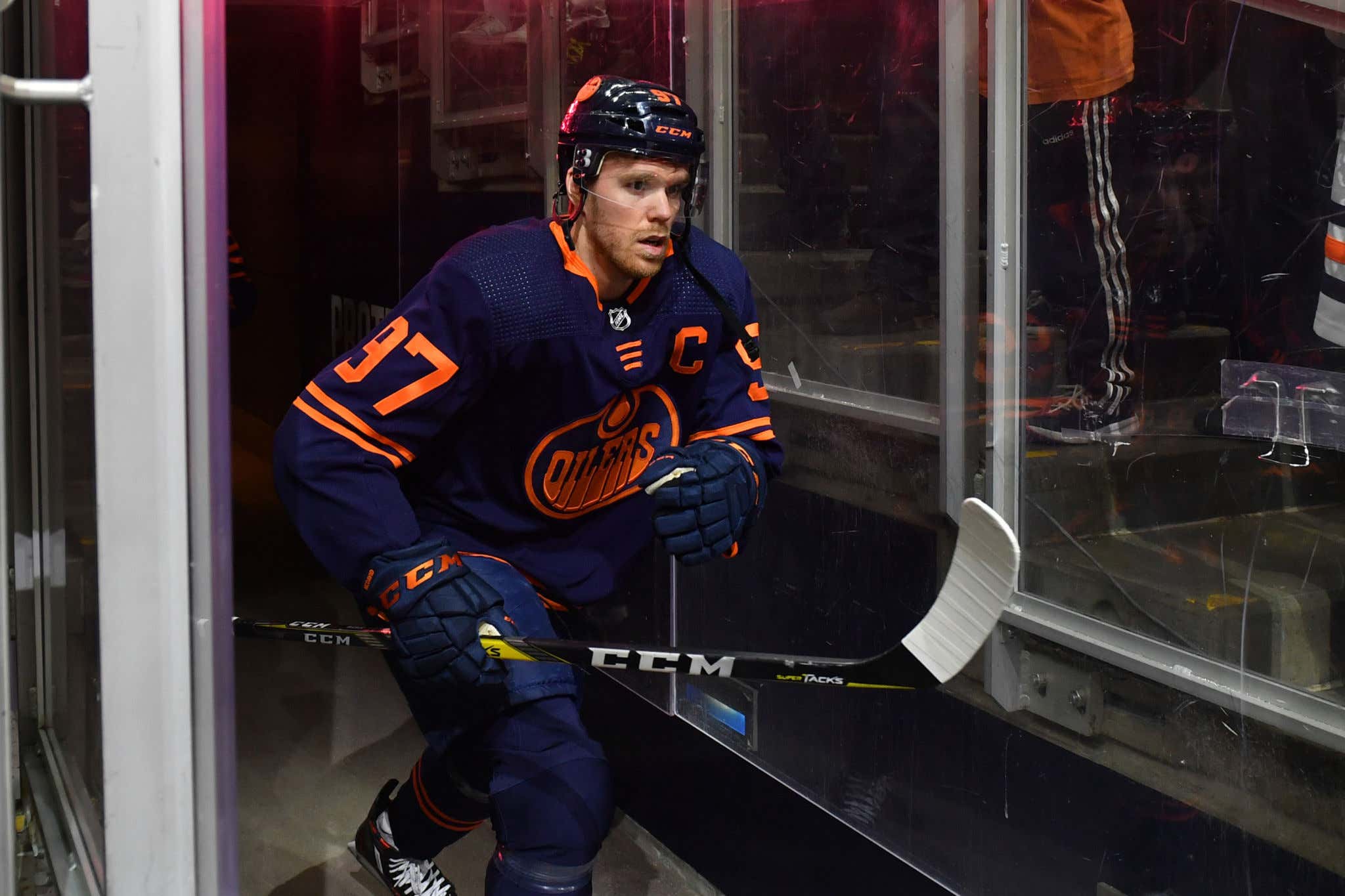 ^^ live look at Connor McDavid running away from Edmonton in hopes of playing for an organization that won't actively try to sabotage his career.

Very rarely are you ever going to come across a guy in the NHL who has more Art Ross Trophies to his name than playoff series wins. Typically the way things work is if you have the best player on the planet on your roster, you go pretty deep into the playoffs. I'm not saying having the best player on the planet is a guaranteed trip to the Stanley Cup Final. But in Connor McDavid's 7 NHL seasons so far, he has won the Art Ross Trophy 4 times. He has just one playoff series win to his name so far. And if Mike Smith has anything to say about it? It'll stay that way.

Here's a fun little idea for Mike Smith to consider--just stay in your net and stop the puck. The Edmonton Oilers aren't paying him to go out there and making incredible plays with the puck. They pay Connor McDavid $12.5 million to do that every year. They pay Leon Draisaitl $8.5 million to do that every year. They pay Mike Smith to just sit his ass between the pipes and stop a rubber disc that is sent his way about 35 times a night. Something got lost in translation there, however, and now Mike Smith has the Oilers just 3 more losses away from wasting another historic season from 97.

And that's exactly what we should all be rooting for. Chaos. Anarchy. Connor McDavid can't keep putting up with this shit his whole career. Eventually something has to give. Eventually he has to get himself out of Edmonton. Mike Smith is just here to expedite the process. #FreeMcJesus