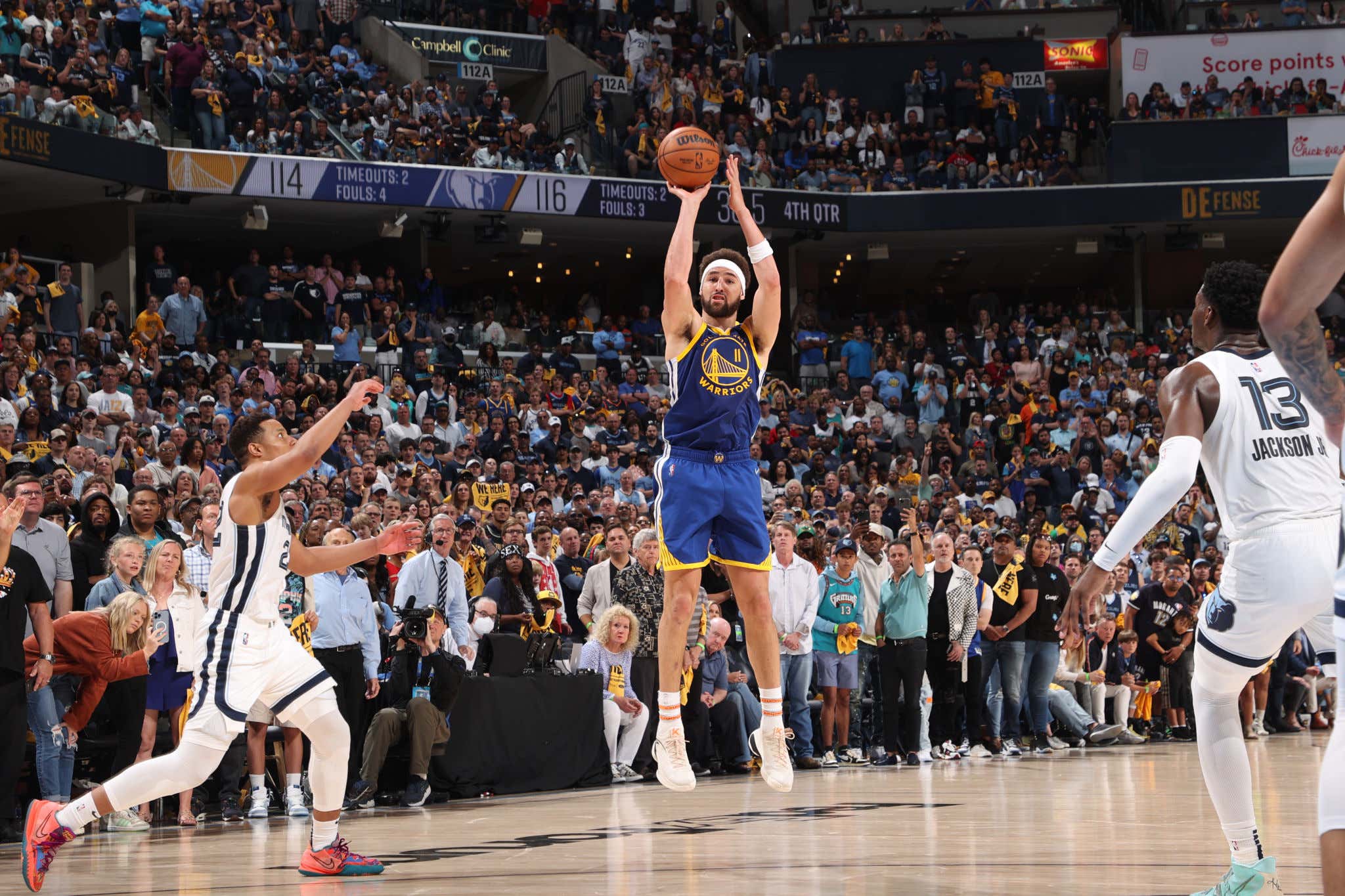 Well, today seems like a great day to be a 3 seed starting your second round series on the road. With the Warriors win, both road teams came out of their Game 1s victorious and really set the tone for their respective series. I'm not sure what it is about Memphis, but man do they know how to play entertaining playoff games. Every one of these things comes down to the wire which has to be extremely stressful for that fanbase. We just witnessed two heavyweights throw blows for a full 48 minutes right down to the very last seconds. If that's what the rest of this series is going to look like, I cannot sign up for that fast enough. I'll take 6 more games just like this please.

Even with Draymond's pretty soft ejection

The Warriors showed why they are such a devastating opponent. Sure Draymond may be the straw that stirs the drink on both ends, but you have to remember this Warriors roster is healthy and they are deep. You have Jordan Poole who continues to explode in his first ever playoffs

Again, it's bullshit that every other GM in the NBA allowed this to happen. What was everyone doing? This is on all of you.

With Poole, it's pretty obvious that this stage is not too big, in fact you could argue that maybe he's actually built for these moments. Every game I look over and this guy is dropping an efficient 30 with 4-6 3PM. It's wildly impressive to see this type of consistent production from someone going through all of this for the first time. That's not usually how these things work.

What you can rely on though, are the Splash Brothers.

What are the odds that Steph would miss a WIDE OPEN three with a chance to take the lead, but then on the other end comes up with a massive defensive play on Ja Morant to basically seal it? How about Klay missing his first go ahead three attempt only to not give a shit and immediately shoot that same three again with confidence only to bury it?

Call me crazy but it seems like adding a healthy Klay Thompson and having him available in playoff series is pretty significant. Not to mention his good defense on that final play to contest Ja's layup all without fouling

Watching this game you. had the same familiar feeling of knowing deep in your bones that the Warriors were going to figure out a way to win. It's the same feeling we all had to try and suppress during the Dynasty Warriors era. There are just so many weapons you have to deal with, it can feel overwhelming. Even if you have perfect rotations, the ball is going from Poole to Wiggins to Klay to Steph as your defense is scrambling. Usually, it's going to be Steph or Klay with great looks, which is usually a recipe for disaster.

I will say though, the Warriors were very close to having a legit gripe had Morant made that layup. Coming off Klay's missed FTs, there was a 50/50 play where the ball went out of bounds. Pretty huge call all things considering. What did the officials do? Well, apparently nobody was paying attention because nobody saw who it went off of. Then, instead of actually making a call they just said they had no idea and it led to a jump ball. It very clearly went off the Grizzlies. I know coaches have to challenge that sort of thing, but that's why the rule stinks. In that spot, you should be looking at the monitors. This is the playoffs, a game here or there could be a series. I cannot imagine losing a game as a result of that jump ball so in a sense, ball does in fact not lie. You could also maybe argue Klay should just make the FTs, but that entire sequence was pathetic.

The Warriors are peaking at the right time, they're fully healthy and they are loaded with confidence. That's a dangerous development that the Grizzlies will now have to deal with. The good news is they have experience dropping a Game 1 at home and still winning the series. That team is tough as hell and you can bank on them punching back before this series is over.