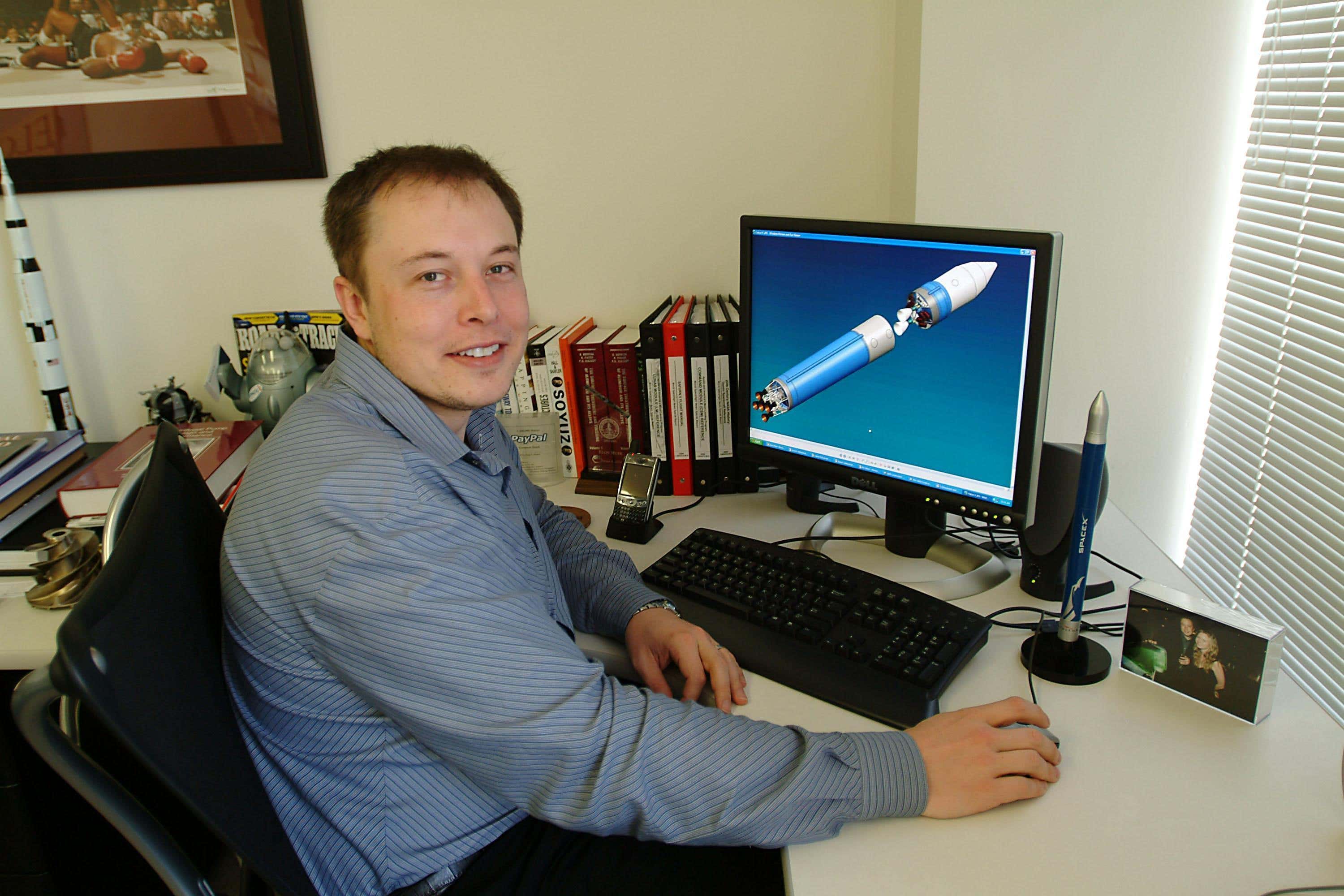 It's been a busy few days for the world's richest/most interesting man/person/alien-human hybrid, Elon Musk. When he wasn't cyber-slaughtering the previous world's richest man:

He was sticking the rocket landing on a mobile platform with an ironic name a hundred times more clever than anything NASA has ever come up with (Lunar Landing Module, anyone?) in 60 years of existence:

Then he toyed with the brains and emotions of the people who think he's the biggest existential threat to all they hold dear with Tweets featuring song lyrics, historical references and Arnold Schwarzenegger movie lines:

Which of course, is a question that has but one answer:

But there's nothing cryptic about any of these Tweets. Like The Riddler, Musk is one diabolically brilliant super villain who wants us to figure out the clues he leaves. He does so to taunt those who are out to thwart his evil, nefarious schemes.

A few days after Musk let it be known he was out to buy Twitter and make it the unfettered Free Speech platform it was intended to be, the company's Board of Directors countered with a poison pill to stop him. So he responded with Elvis and Jackson Browne song titles to put them on notice he's preparing a tender offer. Meaning he'll do an end around on the Board, and go directly to the share holders to buy 100% of the company. A move which appears to be coming sooner rather than later:

Source - Twitter could agree to a sale to Elon Musk as early as this week, with initial negotiations beginning on Sunday night.

The San Francisco-based firm could strike a deal before it reports its first quarter earnings on April 28.

That is exactly a fortnight after Musk first sought to woo shareholders with his $54.20-per-share bid.

Representatives for Musk and Twitter met to discuss the prospective $43 billion sale Sunday, with the Wall Street Journal reporting that progress had been made. …

The tycoon began to win over shareholders after revealing that he had secured financing with the help of Morgan Stanley, with half his stake in his car firm Tesla offered as collateral. … [He] has been meeting with Twitter shareholders in the last few days, seeking support for his bid.

He has said Twitter needs to be taken private to grow and become a genuine platform for free speech.

Holy cats, this is huge if true. And about as bold a move as a super rich mogul could make. Let the other tycoons work in the shadows, putting their money into obscure hedge funds, start ups, venture capital initiatives and municipal bonds. This is one billionaire who's into shaking up the world. Pissing off both sides at the far ends of the political spectrum. And presumably turning the biggest social media platform in the Western world into the Wild West, where ideas are exchanged freely - even the nutty ones - and everyone settles their own scores. I guess.

What's not in doubt is that Musk will absolutely set off a Category 5 shitstorm if he succeeds. Millions of people no doubt leave Twitter and run for the safety of some other platform. And millions more who left before, or never joined, will no doubt give Musk's vision for it a try. And it's going to be Ragnarok for a while, until all this gets sorted out. No other super billionaire would have the audacity to try it besides him. The fact he has the balls to try it makes him the most powerful private citizen on the globe. And if he gets this done, he's a mortal lock for back-to-back Time's Man of the Year awards.

Gird your loins. We could be in for one hell of a week.