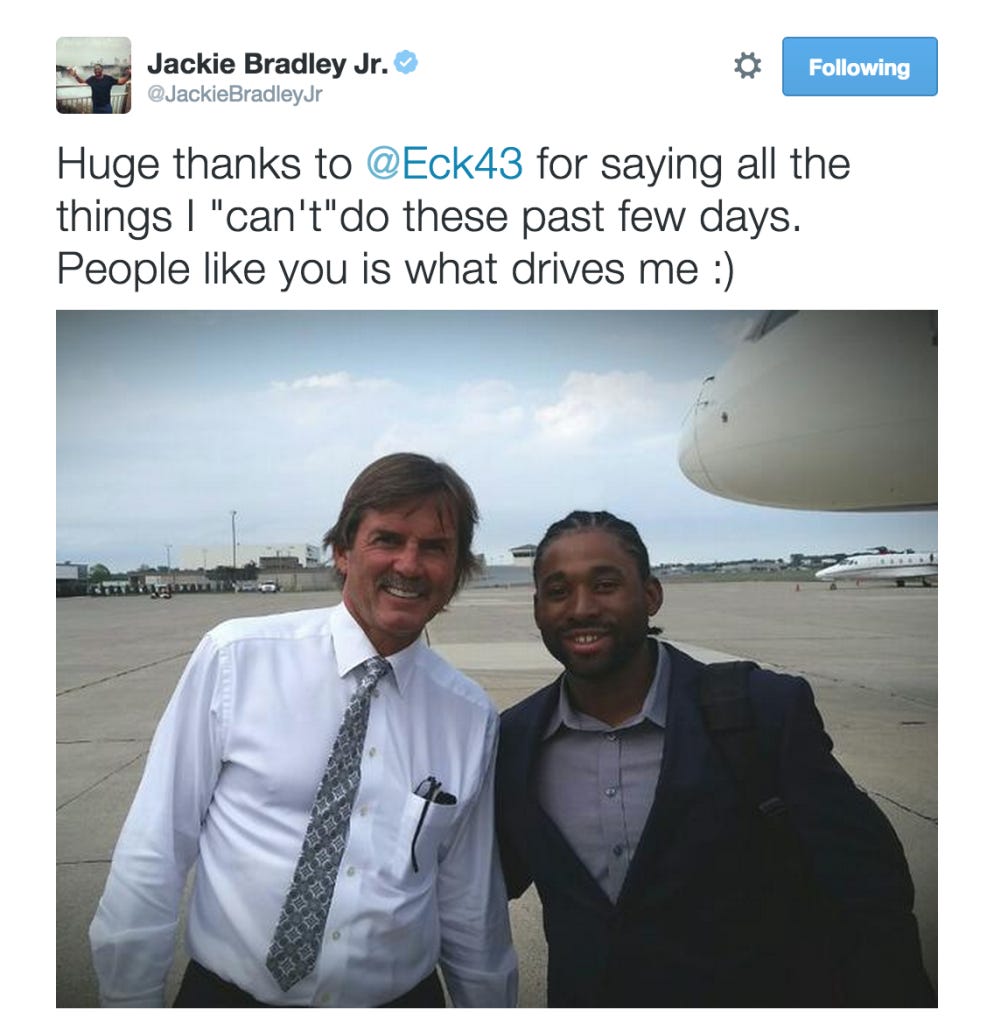 Listen, I’m a Jackie Bradley Jr. supporter. However, I have been one of the people who have been critical of him in the past, and rightfully so. But I am of the belief that the Red Sox need to take advantage of these meaningless games by playing him every day to see what you have. It’s now or never. A home run, a triple and five RBIs in Boston’s win against the Tigers on Sunday only further states his case to be out there the rest of the way, in addition to being arguably the best defensive centerfielder in the game. But this tweet isn’t going to sit well with a lot of people.

I’m all for having a chip on your shoulder. He should absolutely have a “me against the world” mentality, because he’s talented as hell, and the Red Sox have yet to commit to him at the major league level, yet they have a disaster like Hanley Ramirez out in left field. I don’t know what comments JBJ is referring to from Dennis Eckersley, but without knowing the facts here, one can assume that they were merited at the time, and he should know that. He tears the cover off the ball at the Triple-A level, which leads me to believe that he can at least be passable at the major league level if given a chance, but stay humble. It was one good game. Keep your head down, build on this game, and prove people wrong with your performance on the field, not with your Twitter account.