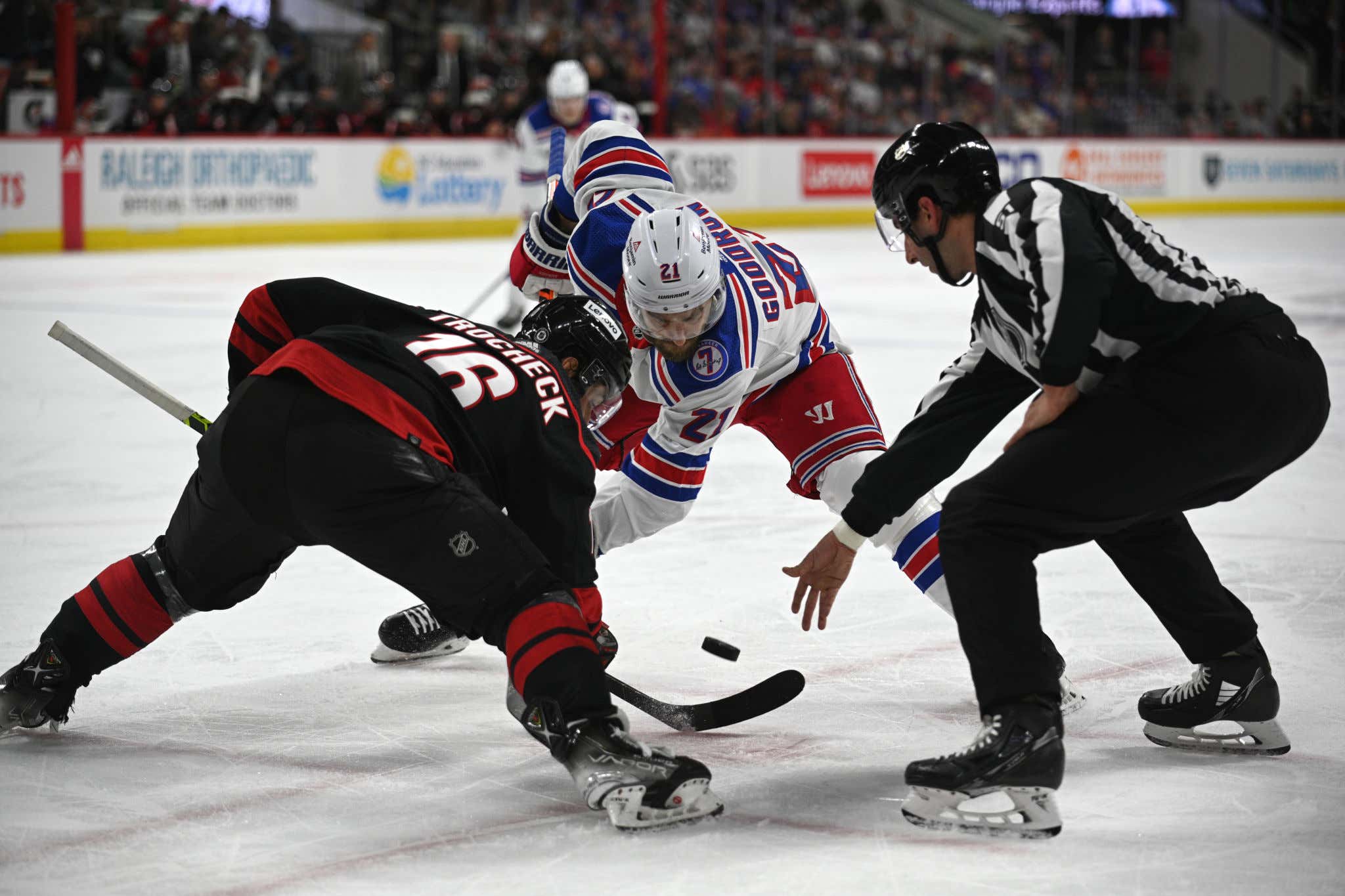 All year long the New York Rangers have repeatedly exceeded expectations. Now, with 9 regular season tilts left on the docket, they've hit the 100 point mark & clinched a playoff berth. Yes the "clinch" has been a mere formality for a while now, but considering preseason projections it's incredible they've been able to remain consistent and coast to what's most likely gonna be home-ice advantage for at least the first round. Now that the Pens and Caps are safely in the rearview it might be tough to find motivation in the rest of the Blueshirts schedule - but tonight is certainly an exception.

I tried to tell you guys a couple weeks ago. I put my money where my mouth is even earlier than that. If they can pull out a win on home ice tonight the Rangers & Canes will be knotted atop the division with 8 games a piece to play - including another at MSG on the 26th. These are the types of games Gallant should be coaching like a playoff test run. I understand the idea of finding spots to get a little rest for the guys they've been riding all year, but with an abundance of inexperience it'd be a gamble to expect his squad to simply "flip a switch" in three weeks and snap right into postseason mode. Keep this team hungry and make the Metropolitan title a goal.

Carolina started off the season white hot with a 9-game winning streak. Since they suffered their first loss though on November 6th - over 5 months ago - it's been New York who's been the Metro's best. The Blueshirts have gone 41-18-3 for 85 points (.685 points percentage ranks 4th in the NHL) while the Hurricanes are 38-18-8 for 84 points & a 9th-ranked .656 points percentage. Would the Rangers pulling out the conference two-seed really be all that much of an upset if they've been the best Metro squad for an overwhelming majority of the year?

It largely hinges on this matchup though. A night where a lot of former Rangers will be skating as visitors on Garden ice they used to call home. The Canes don't want to relinquish their perch atop the division. Tony, Jesper, Brady, etc. will have some extra juice against their former team. This is shaping up to be the most high-octane, emotional test of the year and winning this one means there's a likelihood of a couple more down the stretch - a very valuable stretch for the Blueshirts in gaining any sort of "battle-tested" experience they can before they start playing for all the marbles. Clinching your postseason invite sometimes means you can relax and there will be opportunities for the Rangers to do so.

That opportunity is not tonight. Tonight is the time for New York to pin it to the floor, let Carolina know they're in for a fight the rest of the way and prove they're built for playoff hockey.