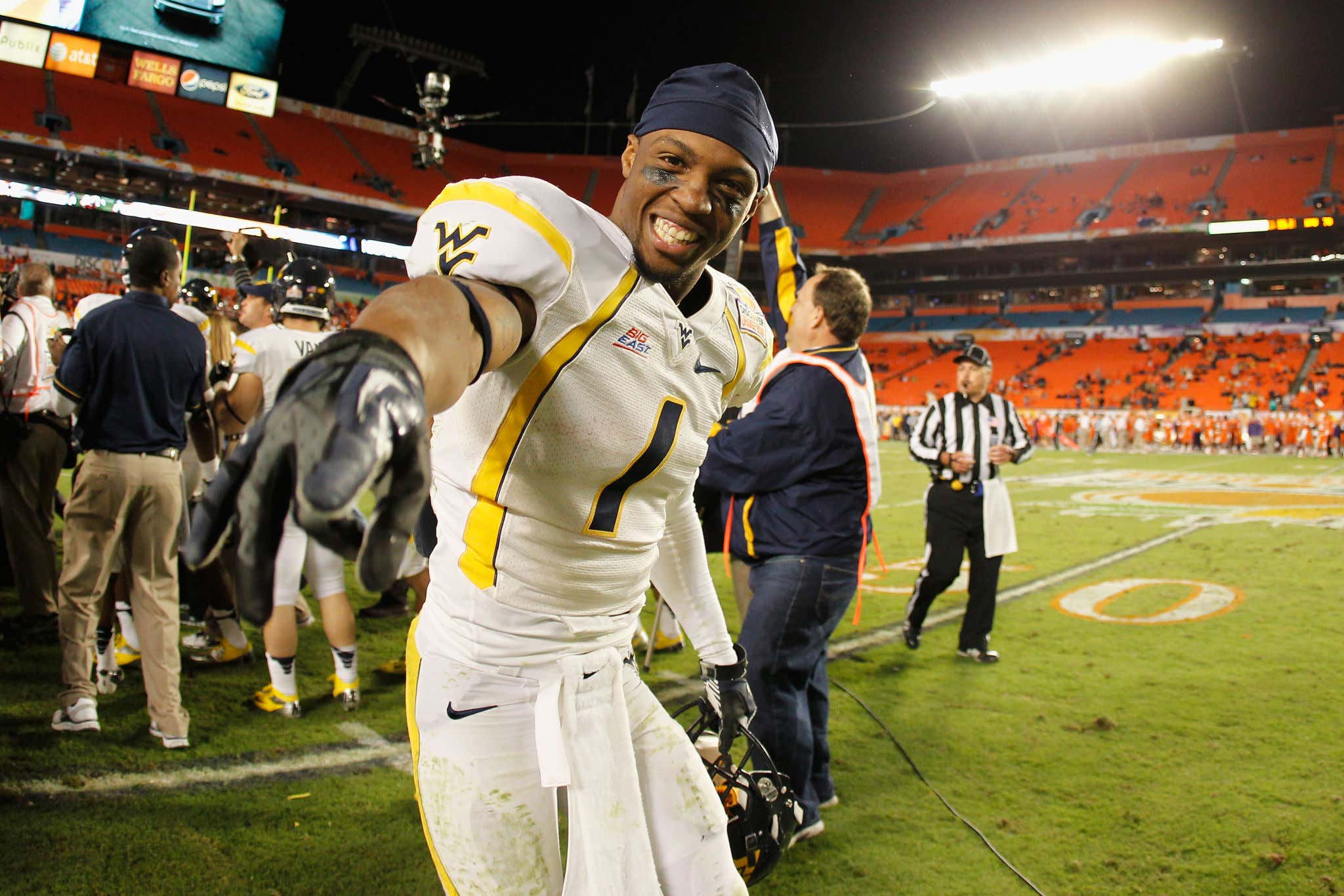 Prior to a Call of Duty video game tournament, footage surfaced of a gamer who was particularly fond of Tavon Austin's highlights from West Virginia and used it to gird his loins before the big occasion.

I bet the vast majority of these nerds don't know who Tavon Austin even is, and considering his senior year at West Virginia was in 2012, this guy might not have even been a teenager yet.

Unclear if this dude was from Morgantown or what the backstory is, but it was both a weird flex and, more importantly, the potential unlocking of a new gaming superpower.

I get it. Gaming can amp up the adrenaline, and throw in a little competition with it, BOOM. Let's send it. There's something thrilling about watching a playmaker like Austin do his thing. What he did in his last season for the Mountaineers in particular was insane. He racked up 114 catches for 1,289 yards and 12 TDs, plus 643 yards rushing and three more scores.

Tell me you don't get a thrill watching Austin do WORK. This shit has been viewed 21 million times on YouTube.

But I gotta say, there are better highlight tapes out there.

If I were trying to get myself going with sports reels and was going to stick to the gridiron, I'd opt for some good ole Johnny Football. Yeah, Johnny Manziel at Texas A&M was pretty much the coolest thing ever. JFF became the first freshman ever to win the Heisman Trophy and followed it up with another spectacular season in the SEC.

Yeah, he may have bolted and flamed out in the NFL after that, and is now living in a self-deluding cycle of regret and heartbreak nowadays. But you can't take away what he was doing in College Station. Dude was the biggest rockstar in the history of college football, and backed it up on the field by putting on an absolute show in the nation's best conference.

Who else…OH. Could I interest you in a little bit of Barry Sanders? Well, I would if the NFL didn't fucking block their highlights from displaying down below. Trust me, just look him up on YouTube. The Detroit Lions legend was doing the type of stuff Austin and Manziel were doing to make defenders look silly in college…in the NFL. And wayyyyyyyyyy better.

If we have to stick with college highlights — because apparently the NFL wants to play hardball about this and make my job more difficult ATM — let's go with another problematic-as-hell, troubled QB in Michael Vick:

There's a lot to objectively like when watching Vick's greatest hits from Virginia Tech. He walked so that active players like Russell Wilson, Lamar Jackson and Kyler Murray could run. But I don't think any of them were as special in the open field as Vick was, nor did anyone I can remember this side of Josh Allen and Patrick Mahomes boast the bazooka arm that Vick even at this early stage of his career.

Let's stray away from football and hit the hardwood, though. For my money, there's no better HYPE FUEL than watching Jason Williams and the baffling passes he used to try and pull off on a regular basis, particularly during his early years with the Sacramento Kings.

That Kings franchise is a dumpster fire these days. When they had this pass-first, dynamic dude running the show, they were SO MUCH FUN. Williams was notably teammates with Chris Webber and Peja Stojakovic, and was in Sacramento from 1998 to 2001 before being traded to the Grizzlies. This guy might be the most criminally underrated passer of the past quarter-century in the NBA.

For a more modern flavor, nothing gets me more excited in pro basketball than when Steph Curry gets hot. The Golden State Warriors superstar has a 13-minute PLAYS OF THE DECADE video from a couple years back. Yeah, that's how much extraordinary footage Chef Curry has cooked up for us over the years. Enjoy:

Aaaaaaaaaand my work here is done. Inject THAT directly into your VEIIIIIIINS, GAMERS!!!