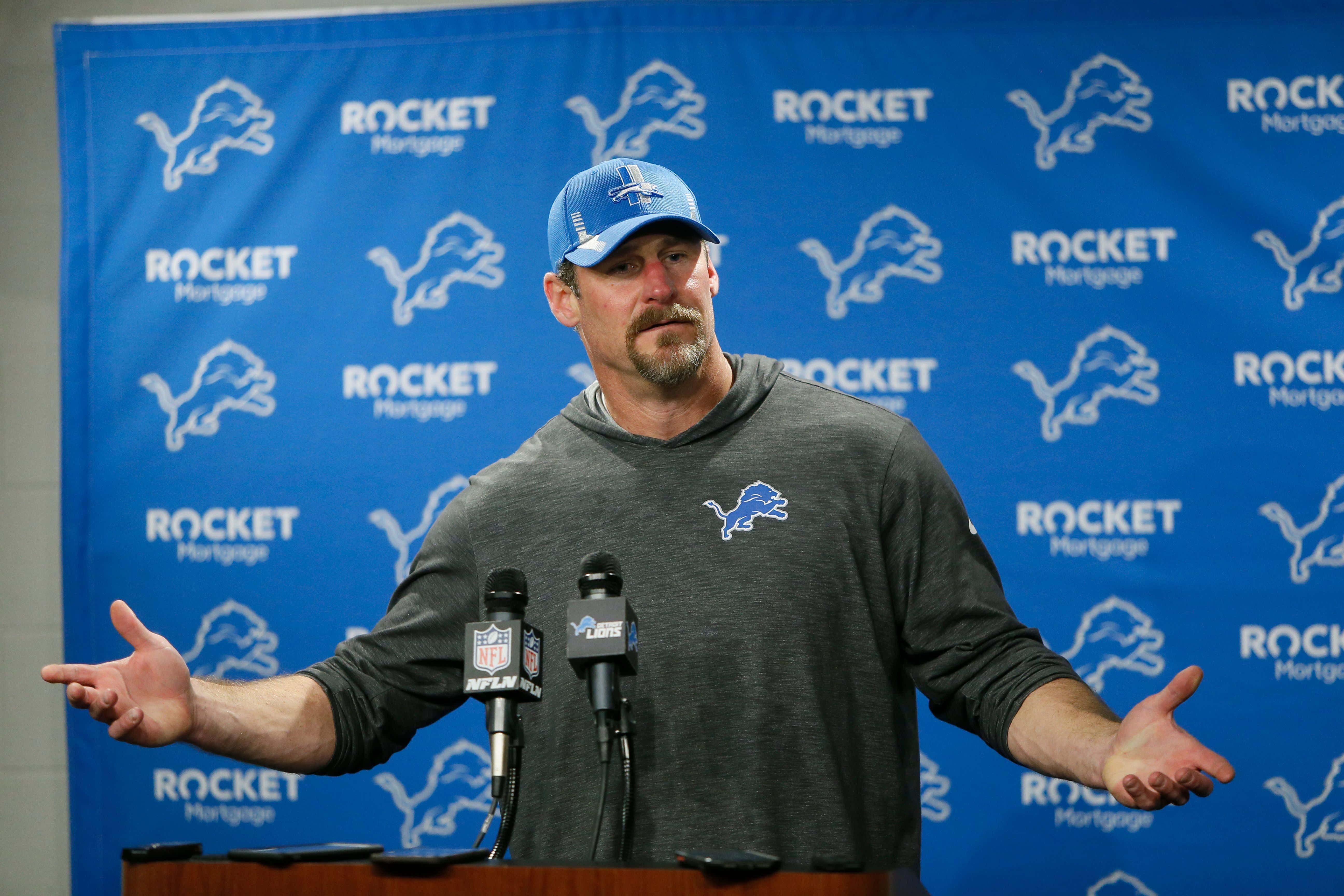 The Detroit Lions have one of my favorite situations in the 2022 NFL Draft for two main reasons. Number one: they are a blank canvas, which is a pleasant way of saying they stink and are bad. They are not locked into any "needs" which, to be frank, no team should feel the need to key in on any one position, but that's a conversation for another day. Second, and perhaps most importantly, the Lions hold five (5) top 100 picks, including three in the top 34 (2, 32, and 34). With that much freedom and capital, the Lions could really lay down a solid foundation and put an end to their perpetual rebuild.

Starting with the second overall pick, Detroit is immediately met with crossroads. There are quarterbacks available, one of them could even be good. Is this the time, with no need to trade up and plenty of picks remaining to fill out the rest of the roster, to pull the trigger on Malik Willis? OR, do you call the New Orleans Saints, the team that suspiciously just acquired a second pick in the teens, and see if they're trying to move up and take their next potential franchise quarterback? Maybe that's not the Saints' plan, some believe New Orleans positioned itself for a tackle and a receiver in the middle of the first round. This would not be the first time in recent history that they've made a similar move in trading future assets to move up for a non-QB. If the Lions aren't sold on Willis, or anyone else for that matter, they should revisit a draft strategy the mid-2000s Lions utilized to ultimately land one of the best players in football.

The mid-2000s Lions were determined, nay, bloodthirsty, to land a true WR1 in the mid-2000s. It was to the point where it was a running joke until they selected Calvin Johnson out of Georgia Tech second overall in the 2007 NFL Draft. Two years ago, the Lions selected Jeff Okudah, the consensus best cornerback of the class, third overall. As of right now, it doesn't look like a great pick. His rookie season was paired with many tweets containing pictures of burnt toast. He followed up his rookie campaign by playing less than one game and missing the rest of the season with a torn achilles. Not his fault, but it certainly leaves the Lions wanting more out of their projected CB1. Enter blue chip cornerback Derek Stingley, Jr. Say Okudah makes a full recovery and gets back to being the top player he was projected to be coming out of Ohio State, now you've got potentially the best duo in the NFL holding down your secondary. There's two ways of attacking your opponents passing: a fearsome front seven OR a blanket secondary that gives a middling front seven plenty of time to get to the QB. At this point of the draft process, Aidan Hutchinson is the presumptive number one overall pick. Even if the Jacksonville Jaguars zig and take left tackle Evan Neal, I would take my chances on Stingley over Hutchinson. Stingley finally ran at LSU's Pro Day yesterday, and that man looks healthy as hell.

You can debate whether corner is more valuable than EDGE, you can debate if Stingley's prospect chip is bluer than Hutchinson's, you can debate is Cincinnati corner Sauce Gardner is better than Stingley, this is America, that's all well and good. Considering the Lions have so much draft capital I believe this is the time to swing for the fences. Especially, since EDGE can be addressed via pick 32 or 34 with the likes of USC's Drake Jackson.

Jackson turns 21 this month. USC had him cut weight and focus on speed rushing last season. In somewhat related news, that coaching staff has been fired and replaced. Prior to the combine, Jackson put weight back on and still posted great-to-elite numbers in the vert (36.5"), shuttle (4.28), three-cone (7.09), and broad jump (10'7"). I'm a little surprised the buzz at the point of the process is around FSU EDGE Jermaine Johnson II and not Jackson, especially given the age gap. The Lions add two defensive pieces for Dan Campbell with their first two selections and then key in on the offensive side of the ball with the 34th overall pick: Georgia WR George Pickens.

I feel extremely comfortable calling Chris Olave WR1 in this class. He's fast, he's fluid, he's productive, he pushed Jameson Williams off the field at Ohio State, there's a lot to like. If I were to take a gander at the rest of the class and make a bet on who I believe could usurp Olave and become the true WR1 three years from now, I would put my money on Pickens. By now you know, Pickens missed the vast majority of Georgia's season last year as he was recovering from an ACL tear that took place during spring ball. Had he put up a full season I am confident in saying he'd be a first round pick. Hell, as of this writing I'm not all that sure he'll be available this late in the draft. Green Bay and Kansas City each have multiple picks in the 20s and both have Ava Devine sized gaping holes at receiver. Pickens makes sense for a lot of teams, but he got hurt once, playing the most dangerous sport humanity has invented, so teams will hold that against him for reasons I'll never understand. For the Lions, Amon-Ra St. Brown was a big hit for them in last year's Draft and they signed D.J. Chark to a one year deal this offseason. If they're truly rolling with Jared Goff for at least another season, you might as well equip him with as many weapons as possible. St. Brown-Chark-Pickens is a trio I could get behind, especially with T.J. Hockenson lurking underneath. It may not lead the League in scoring but that's a solid core to have ready for the next signal caller.

I'm not going to pretend to have any worldly clue who will be available with picks 66 and 97. Far as I can tell the best strategy to use on those picks is to the take the highest rated Georgia and Alabama defenders available. Say Channing Tindall or Quay Walker are still on the board at 66, that feels like an easy day at the office for Dan Campbell and the boys. Even someone like John Metchie III, despite already going WR first with one of the first three picks, would be a smart grab in the third. As I mentioned, Chark is only signed on for a year, and last I checked it isn't a negative to have four players who can catch passes. In fact, one could argue that would be a good thing.

Similar to how the Browns went about building the rest of their roster before landing their franchise QBs - both via the draft and, eventually, via trade - that feels like the correct way for the Lions to go about things. Don't force Willis or some QB you don't love at 32 just for the security of the fifth-year option. Get great players now and be in the position where adding the next available veteran, front line QB actually makes sense because the roster is ready to compete. Also, and perhaps most importantly, it's literally the Lions what more do they have to lose? Be bold, bite kneecaps, take Derek Stingley.