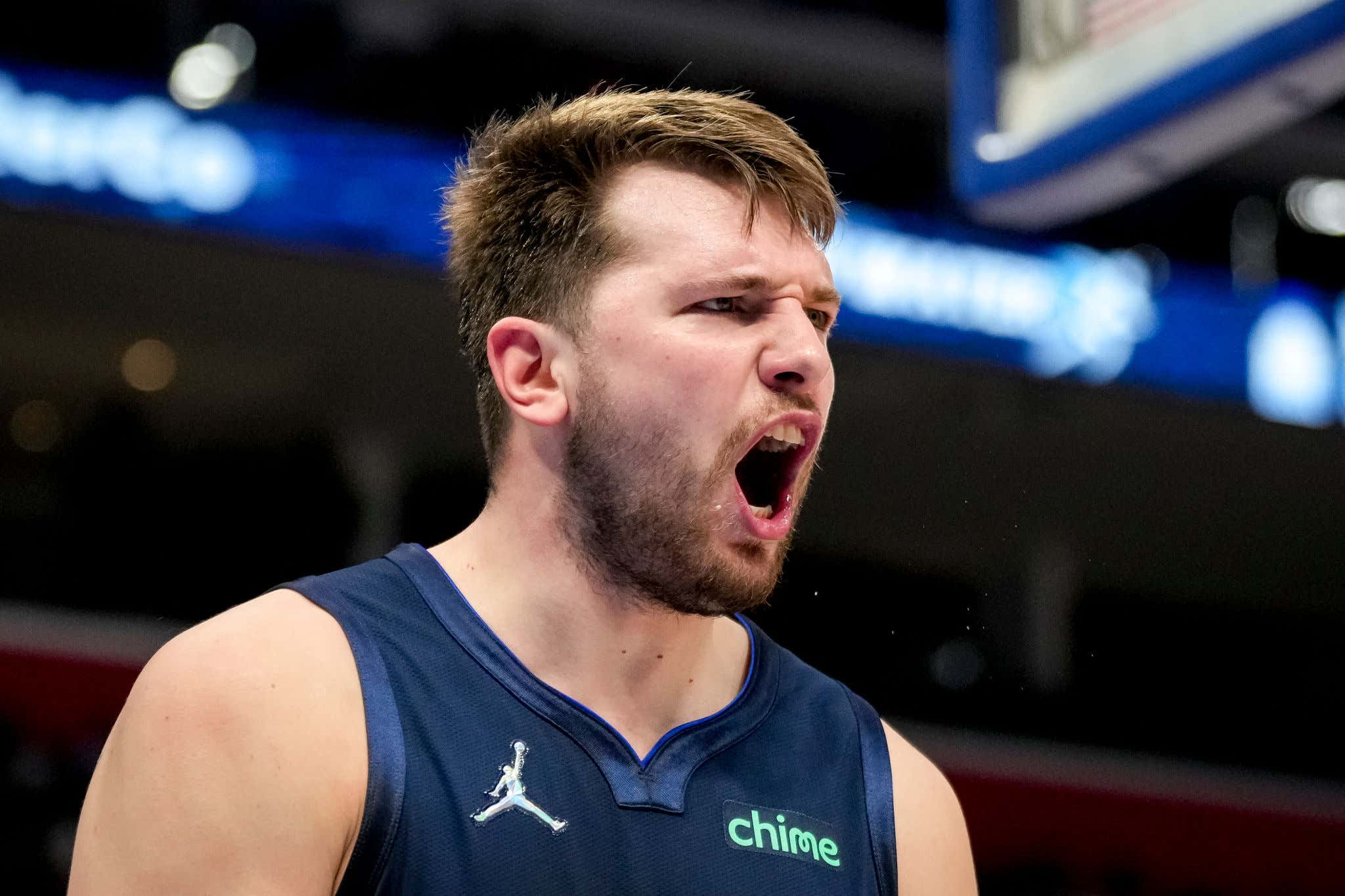 Not sure why I'm surprised by anything Luka Doncic does anymore, but this is just a sick, Neo-esque type of manipulation of the simulation we all live in. It's even mind-blowing in BULLET TIME on instant replay!

That was merely ONE of the 14 assists Doncic dished out against the Pistons.

Yeah, his physique could get better and he could begin the season in better shape than he did. Then again, who cares? Doncic is setting up teammates for buckets on the regular, entering tonight ranked fourth in scoring average and fifth in assists per game.

The Mavericks are still in the running for the West's No. 3 seed after their 131-113 romp in Detroit, which is dope, because I want to see Luka and Dallas open up at HOME in the postseason.

Luka is definitely in playoff form as the regular season winds down. I don't know what else to say. Dude is just ridiculous. Now that he's not whining to officials as often and continuing to mature as a player and person, he's becoming even easier to root for than he already was.

Future look at Luka getting ready for anyone who wants to fuck with him in the playoffs: