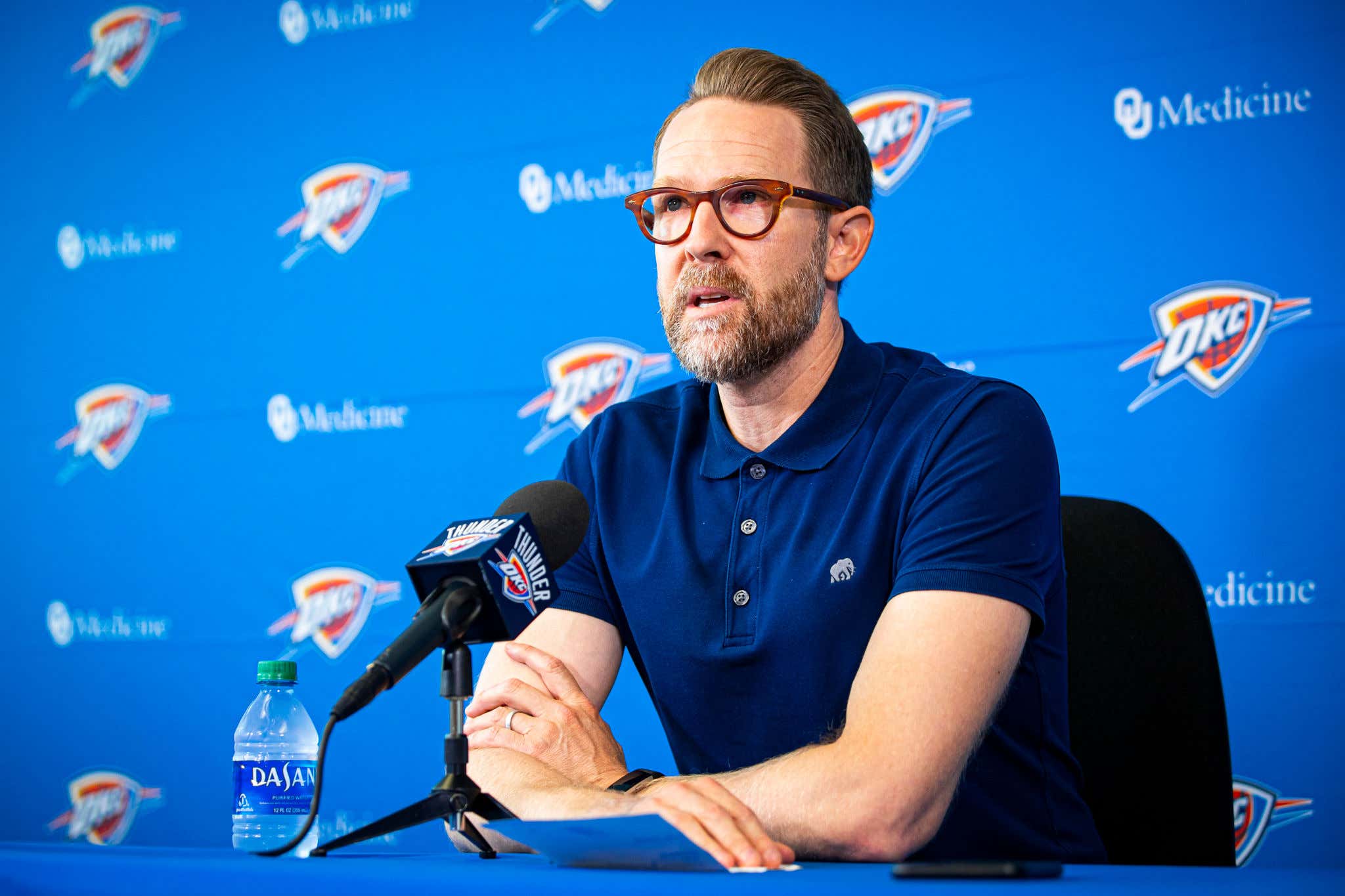 I know Josh Giddey and Shai Gilgeous-Alexander are out, but like, come on. Can you name any of these dudes without looking it up? It'd honestly take you at least three minutes of your life to find out who all these guys are.

Krejci is a rookie. Simpson is making his NBA debut. Jaylen Hoard is playing in his fourth game of the season. Roby is a third-year, second-round pick who, to be fair, is coming along nicely in his development. Georgios Kalaitzakis has averaged 5.3 minutes in nine appearances.

My mild due respect comes for the players. They didn't ask for this. I can almost GUARANTEE YOU none of them will be future starters in the league.

How do all those DRAFT PICKS taste, Oklahoma City? Sam Presti is universally lauded as some sort big-brained, divine soothsayer who's playing the LOOOOOOOOOONG game of long games to accumulate assets, hit on, like, eight draft choices, align them all on rookie deals and have a youthful dynasty wherein the Thunder win the NBA championship for seven years in a row.

At least that's what BETTER be in store if OKC is going to continue suffering through this nonsense.

What happens when you keep letting any star player with a modicum of upside to be an All-Star walk out the door year after year, simply in the name of acquiring unknown future commodities to someday build a competitive team?

ENOUGH with the Presti love fest. I'm sick of it. Hey OKC, maybe you should've, like, kept Chris Paul and Billy Donovan or something because with them, shit actually worked. Now you're just a joke.

What a lineup for the home finale!! Now let's see if the Thunder can avoid falling to 11-30 in their own arena against the Blazers, who've lost 11 of 12 shouldn't have any vested interest in winning this game either. Both squads are doing their utmost to tank for optimal draft position.

Trust The Process in OKC, amirite? Maybe you'll luck into Chet Holmgren, Giddey and SGA as a core to build around…if that would even work out. What is the rationale for this all this Thunder SUFFERING? TELL ME THE PLAN, SAM!!