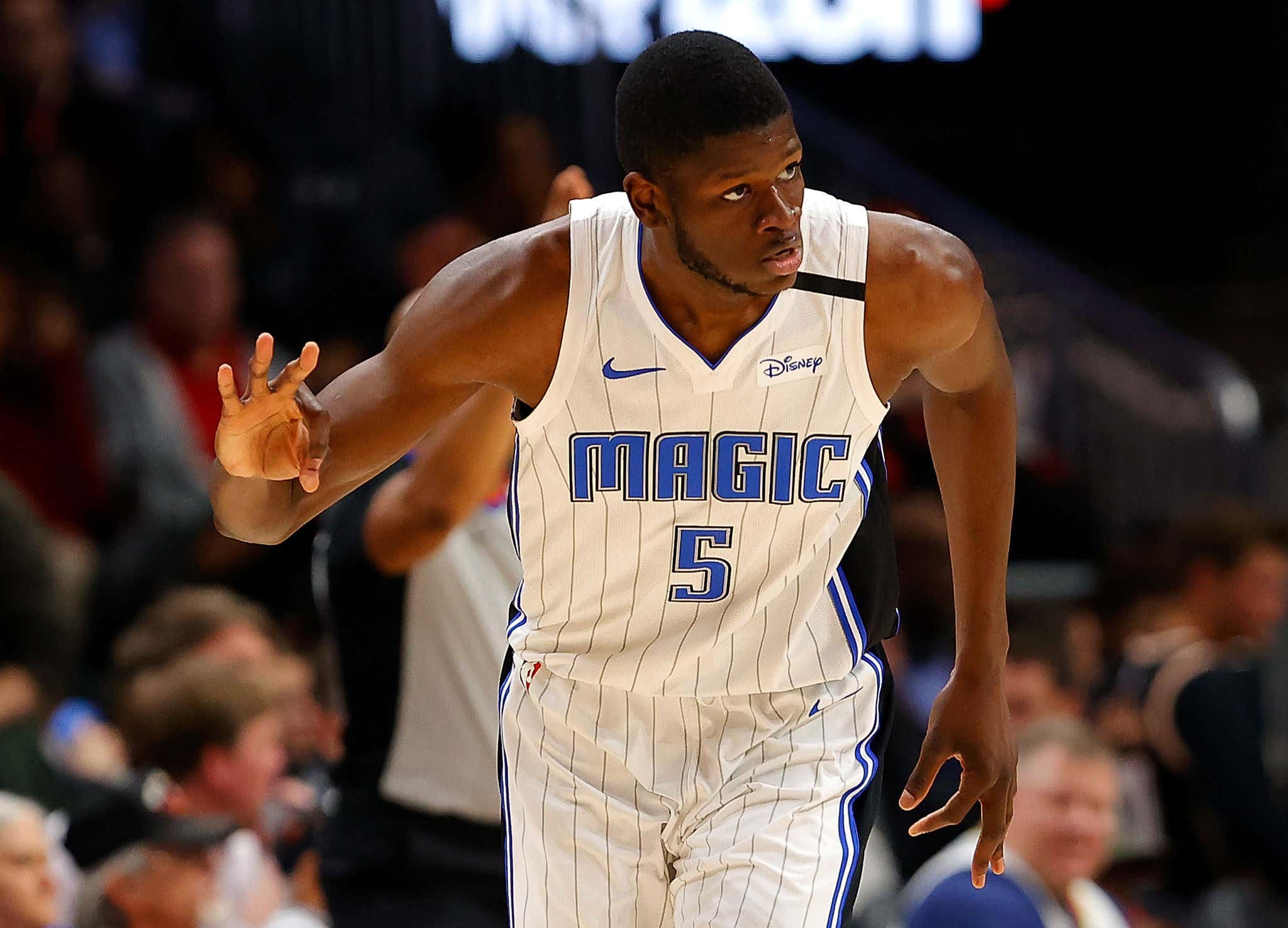 I always thought the Orlando Magic was a place where young talent went to offer up their NBA careers as tribute to whichever deities have cursed that franchise. Jalen Suggs has had a mostly abysmal rookie campaign, and it seems like even when Orlando makes a decent pick or acquisition, injuries or extenuating circumstances seem to spoil everything.

BUT DAMN. We may officially have a situation with Mo Bamba here. The 2018 sixth overall pick just sank five triples in the opening quarter against the Cavs, which — for those of you not on Mo Bamba Watch — isn't the first time he's accomplished such a feat this calendar year:

Since when did this become a thing? The 23-year-old attempted only 51 shots from beyond the arc in college and only emerged as a full-time starter this season. Turns out, Bamba has been working HARD at his game, as he shoots at a 37% clip from deep on nearly four attempts a night.

There are a ton of young players on the Magic right now. It's just a total clusterfuck of a roster, and injuries to Cole Anthony, Franz Wagner and Wendell Carter Jr. are complicating the evaluation. Who knows what this team is gonna look like? Especially with the possibility of getting the No. 1 overall pick in the upcoming draft.

If Bamba continues this trajectory, he may price himself out of Orlando situation where he was clearly being underutilized and not in any position to thrive prior to the 2021-22 season. He'll likely be extended a qualifying offer and hit restricted free agency this summer. Looks like Bamba's STONK is going up.