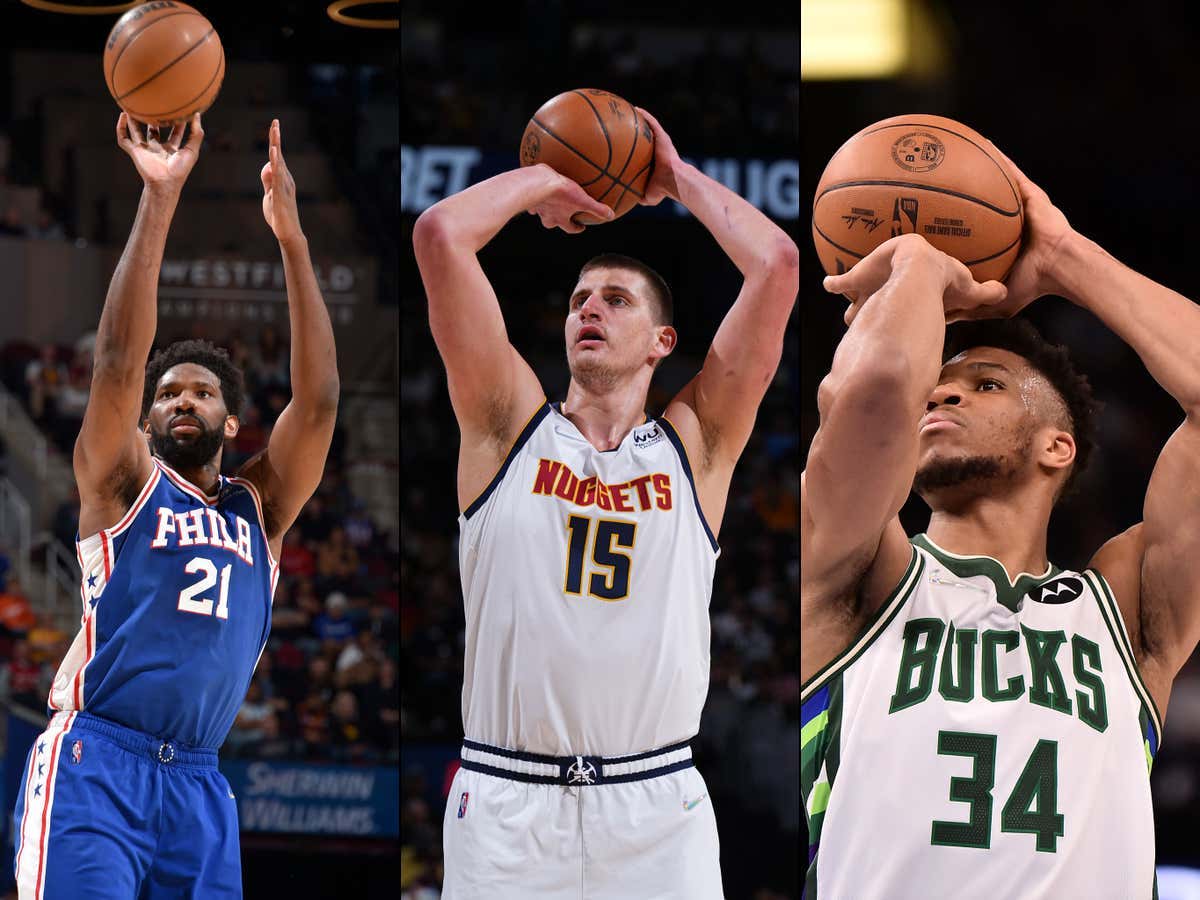 With no NBA games tonight because of the NCAA Tournament, we can all catch our breath a little bit. For the most part, every team in the league has played 78-79 games as this week marks the final week of the NBA season. The final games happen Sunday, then we're off for a few days until the play in tournament starts on 4/12-15 with the playoffs kicking off on 4/16. It's been a wild 6 months of the NBA season to the point where today, on April 4th, we really only have a few things decided. For my money, it's this

3. The Lakers season is over

That's really it. Nothing else is set in stone in my opinion as we enter the final 6 days of the regular season. I thought about maybe putting the MIP award in there, but that one is always kind of hard to predict.

Normally, once we get to the final 3-4 games of the year we have a clearer view of the awards and seeding. Maybe there's some posturing, maybe there's some play in races to talk about, but generally things aren't as up for grabs as they are this year. It's not just the play in teams either! Outside of PHX/MEM, where teams are going to end up in both conferences is anyone's guess so let's start there 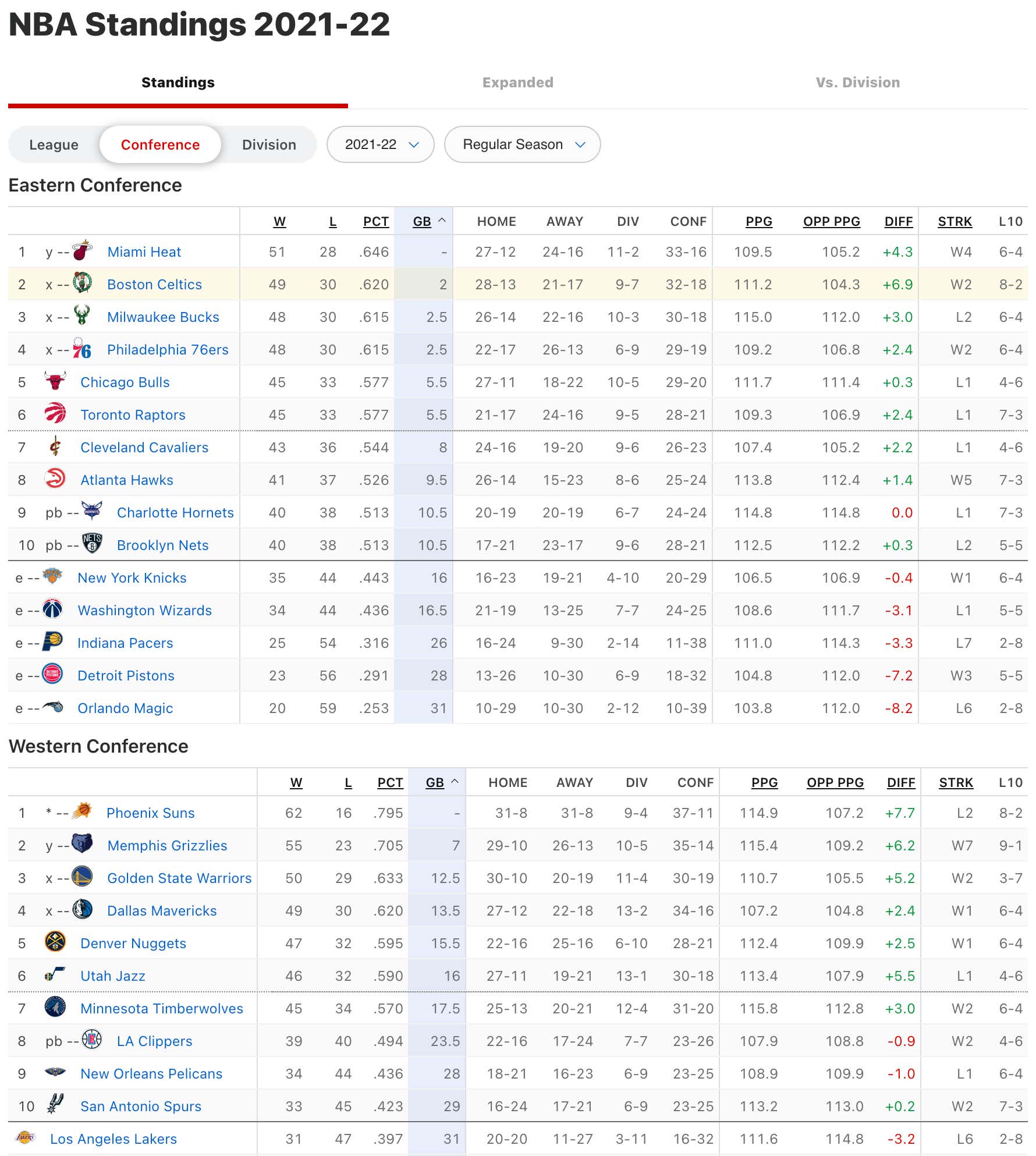 Go ahead, tell me what's going to happen in the East playoff seeding race. While it looks like the Heat may have secured that #1 seed, mathematically it's not a done deal still. For example, if the Heat go 2-1 and the Celts go 3-0, they get leaped since BOS owns the head to head tie breaker. We have no clue how the group of MIA/BOS/MIL/PHI/CHI/TOR shake out and that's every single top 6 playoff team! Then once you get down to the play in group, things are just as wide open. I cannot remember a season where the top 10 seeds all had something to play for heading into the last week of the season. That feels wild.

Then in the West, while PHX/MEM have locked their shit in, you can't say the same about everyone else. The fight for a top 4 seed is still in play. The race to get in or out of the play in is still alive for some. Just like the East, the final 3-4 games will matter for seeds 3-10 which is definitely not something we see every year in the West. The beauty of this season is it's not just the play in teams that are fighting until the final day. A team that wins the title could very well be in one of these seeding battles right now.

Then you move past the standings part of this discussion and move into the awards part. Let me ask you, who is the MVP? With 3-4 games to go, can you give me a definitive answer? Nope! Not even close! This is something that honestly seems to change daily. One minute Jokic looks like he's locked it up, then Embiid goes out and does some shit that defies logic so it looks like he's taken over the top spot, then Giannis shows up and does hit that makes you think "wait, is he the actual MVP"? We've had tight races in the past for sure, but nothing like this I feel like. How many times have we seen a player do this

That's why this last week is going to be so fascinating. These teams (MIL/DEN/PHI) aren't just jockeying for playoff seeding. How they finish the year could absolutely impact the MVP race. If Jokic is able to carry his team to a top 4-5 seed I don't know how you don't give it to him given the talent he's had to live without combined with the dominance that he shows on the court. If Giannis continues to do what we've seen over the last few weeks and he carries the Bucks to a 1 seed, he would have as strong a case as any. Then you remember that nobody in league history that has done what Devin Booker has done this season for a team as good as the Suns have ever NOT won MVP.

In the ROY race, Evan Mobley was the guy pretty much all year and for good reason. But have you seen Cade Cunningham lately? Now with Mobley out with an ankle injury, I'm not so sure that award is as much of a lock as it may have been a few weeks ago. It'll be interesting to see what the Pistons do with Cade (he sat yesterday) because he's making a great case for himself.

In the COTY race, I think most people would agree that Monty Williams is long overdue given his blatant snub last year. But let me ask you this. Is what he has done with his roster more impressive than what Taylor Jenkins has accomplished with Memphis? They have 55 wins right now and are like 20-2 without Morant! They just beat the Suns while resting basically their entire roster and currently have the longest active winning streak in the league at 7 games. Nobody, and I mean nobody saw this type of season from the Grizzlies coming and to have that sort of success while missing your franchise player just goes to show how amazing of a job Jenkins is doing.

In the DPOY race, it all comes down to who you root for. Me? I will burn down this entire planet if Marcus Smart doesn't win. If you're a Heat fan you can absolutely make a case for Bam as long as you are able to convince people that games played don't matter. If you're a Bucks fan it doesn't take much to make a case for Giannis. If you're a Jazz fan you have Rudy Gobert, a guy that has won a few of these in the past.

Good luck determining the All NBA teams. I don't care which one you choose, 1st Team/2nd Team/3rd Team are all impossible. We live in a world where Trae Young, a guy who throws up 30/10s more than any other PG in the league could very well get snubbed. With how loose they are with position eligibility, someone is going to get screwed. It's undeniable. How certain guys finish the year could ultimately be what determines not only their fate, but the potential to earn hundreds of millions of dollars. You can't with certainty tell me how those three teams are going to shake out. It's a bloodbath.

With how awesome the 2021-22 NBA season has been, it's only fitting that everything comes down to the final day. Normally we'd see all these good teams rest their guys in preparation for the playoffs, but there is still too much to play for and that makes for a very exciting finish. I can't think of a better way to carry us into what will for sure be one of the most anticipated playoffs in recent memory. Everything is still wide open for each conference, and what we see over these final 6 days could go a long way in determining how the postseason shakes out.

If that doesn't have you excited, you might be dead.