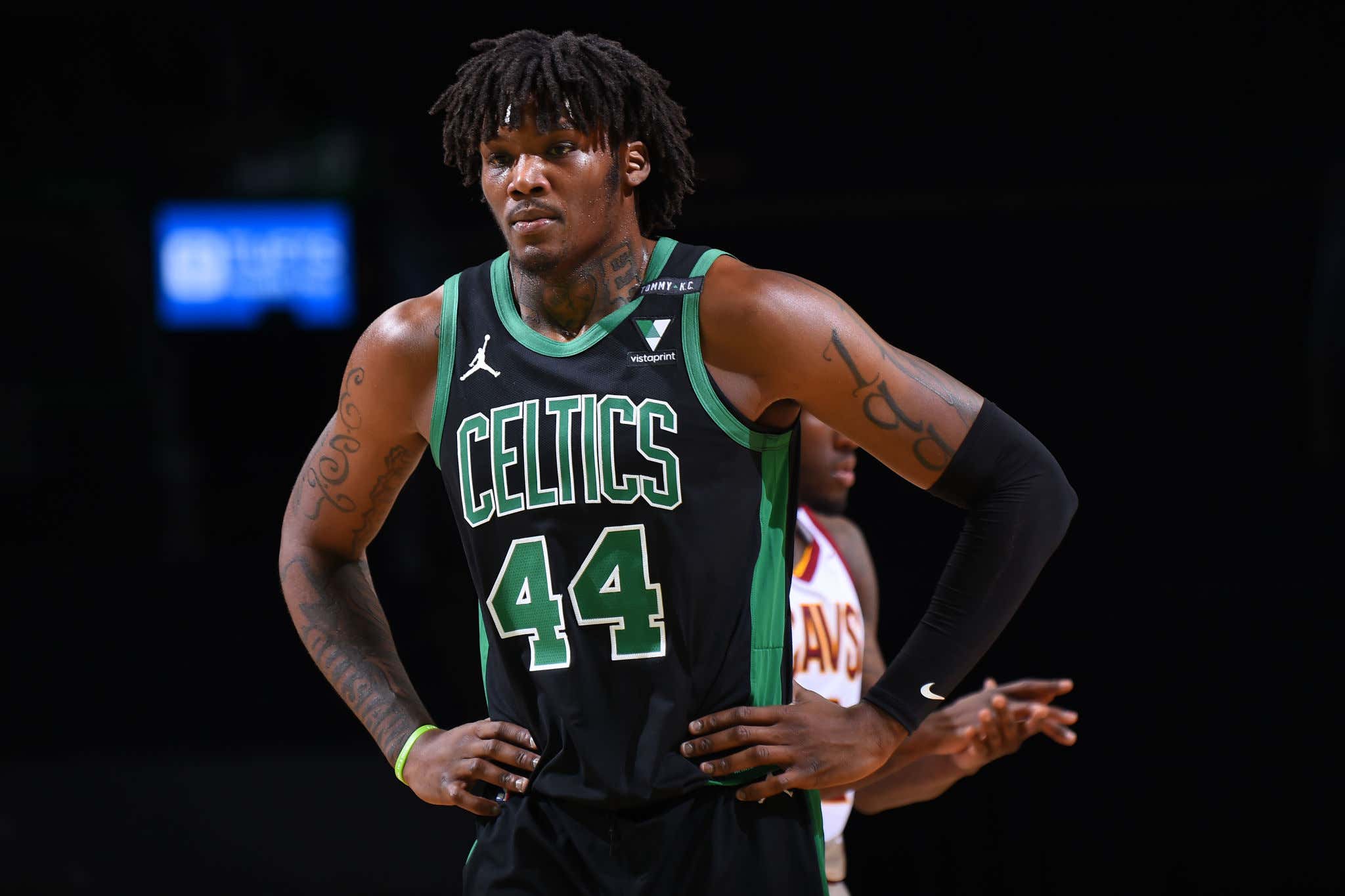 There it is. We were all waiting for the Shams/Woj bomb and while most of us were holding out hope that it would be OK, one of our worst fears as come true. While it's good he avoided ACL issues, tearing a meniscus is not exactly what I would call good. Why, why can't this team have ONE healthy postseason run? Other teams get it all the time yet basically every single seasons since the 2008 title has seen a valuable piece go down. I'm fucking sick. Rob had been so great at staying healthy all year. He has blossomed into one of the best centers in the entire league and now boom, it's all gone with 8 games left. I cannot believe it. Feels like our thought that this play

was the one that did it. The way he sort of jumped on that left leg told us something bad must have happened. I honestly can't believe it. As good as we all feel about how the team looks recently, this news is gut wrenching. It changes a whole lot about not only what this team looks like defensively, but offensively as well. Rob is the backbone of everything this team does. Anyone who watches this team play will tell you that.

I'm honestly at a loss for words. My heart breaks for Rob. All he does is say the right things and play the right way. He gets it. So for this to happen to a guy who is having a breakout year is just so heartbreaking. I dunno how else to say it, it's gut wrenching. All we wanted to see is what this team looked like healthy in a playoff run and now that has been robbed from us…again.

I won't try and pretend to be a doctor. I know Embiid played on a torn meniscus but I'm assuming the Celts won't fuck around with that. If Woj is saying several weeks at a minimum, I'm basically considering this a season ending injury for Rob. If he comes back at some point? Awesome, but I'm certainly not expecting it. God this sucks so bad.

The Celts now head into the playoffs with a big man rotation of Al Horford/Grant Williams/Daniel Theis/Luke Kornet. That's sort of a big deal. Their normal starting five had proven to be the best group in all of basketball both by record and production. That is now gone. Nobody could touch this team when those 5 were on the floor together.

I'm rambling, I get it, but this is all happening in real time. What a wave of emotions from last night to right now. I cannot believe this happened again. It's KG's knee all over again. Remember how dominant that 2009 team was before he got hurt? That's what this feels like to me. It changes everything and the fact that it came with like two weeks before the playoffs is even more brutal.