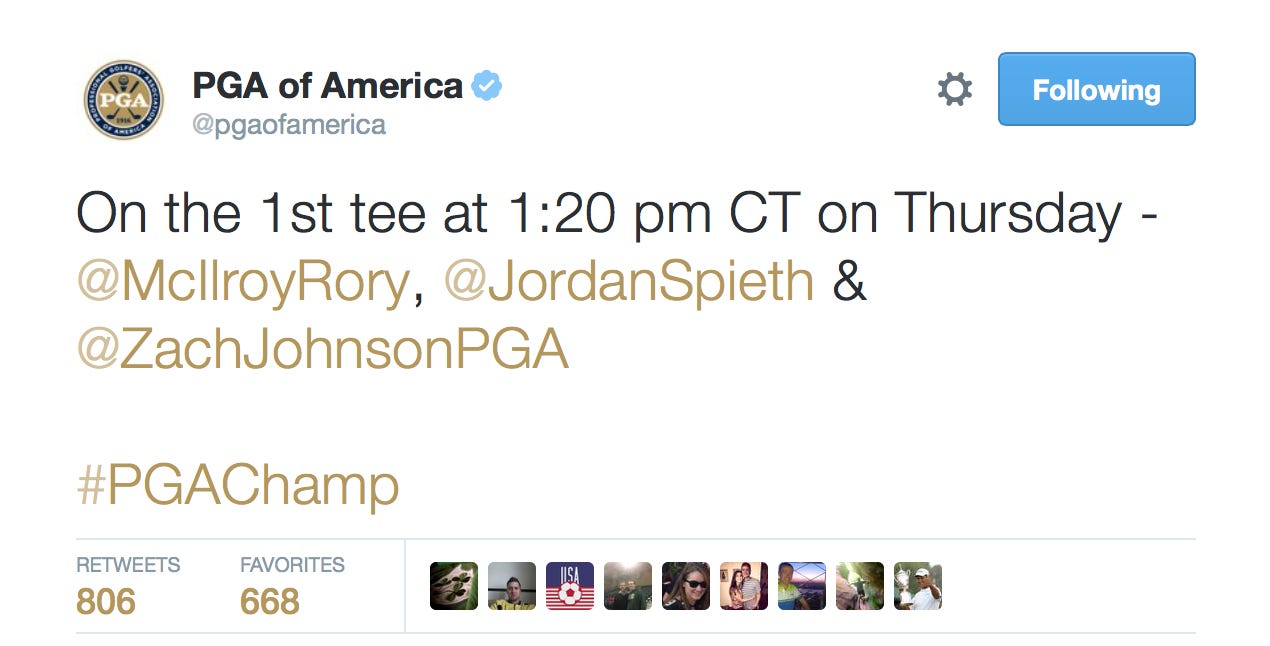 Well there’s our answer. Rory is playing.  No more emojis.  No more workout videos.  No more speculation whether he’ll play or not.  He’s in.  Awesome news.  Awesome awesome news.  Everybody, myself included, didn’t think we were gonna see Rory again this year after news of his ankle injury broke.  With all of the Spieth stuff nobody really noticed Rory’s absence at the British but it’ll be a whole different ball game with him in the mix.  Hopefully the ankle holds up.  Great pairing with the last 3 majors winners, Spieth, Rors and Zach, on Thursday and Friday.  #1 in the world vs the #2 in the world vs the Iowa guy. That’ll be a fucking blast.  Next week at Whistling Straits just got a lot more interesting.