The President of Ukraine took a pause from leading combat troops to address the leaders of the American government. He showed up after 21 days of nearly non-stop action against his people to plead with us to provide more weapons, rounds, and technology. He went into detail about the atrocities. He went so far describing what his people are going through that CNN aired an apology afterward for the violent images that he simply described. Our citizens cant even hear about what they are going through. Think about that. The situation of a county is so bad that CNN- no matter how pussy they are- thinks a trigger warning was needed.

It's a lot to deal with. And it's something we can deal with after addressing the elephant in the room. 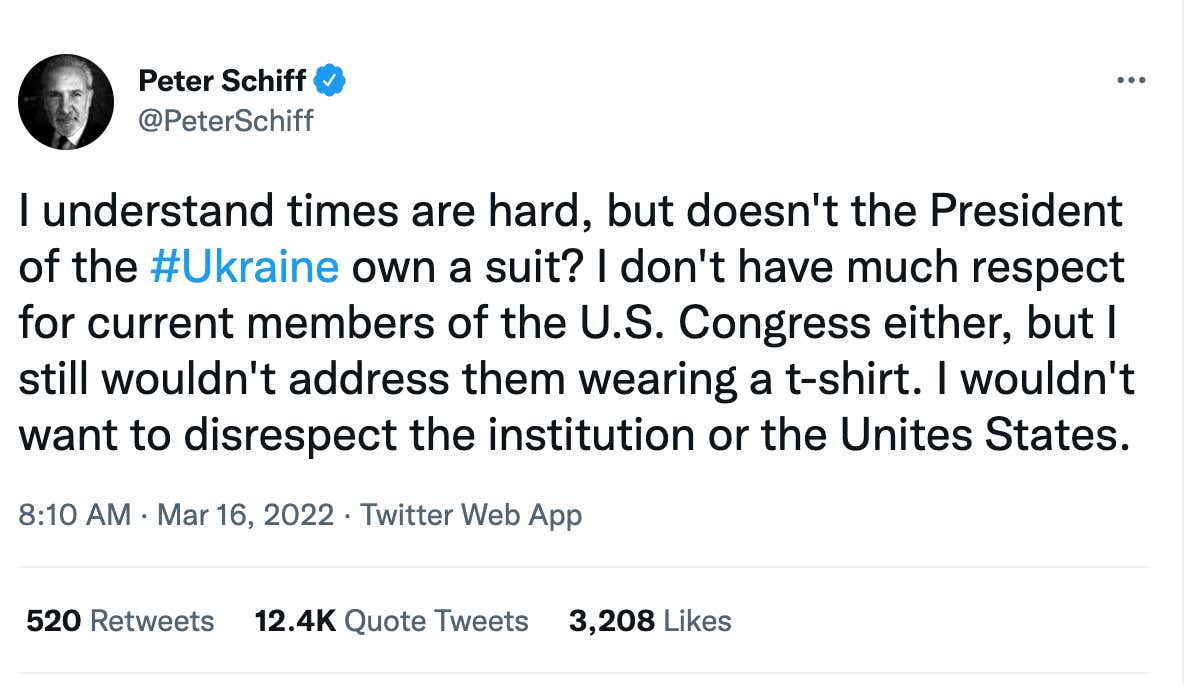 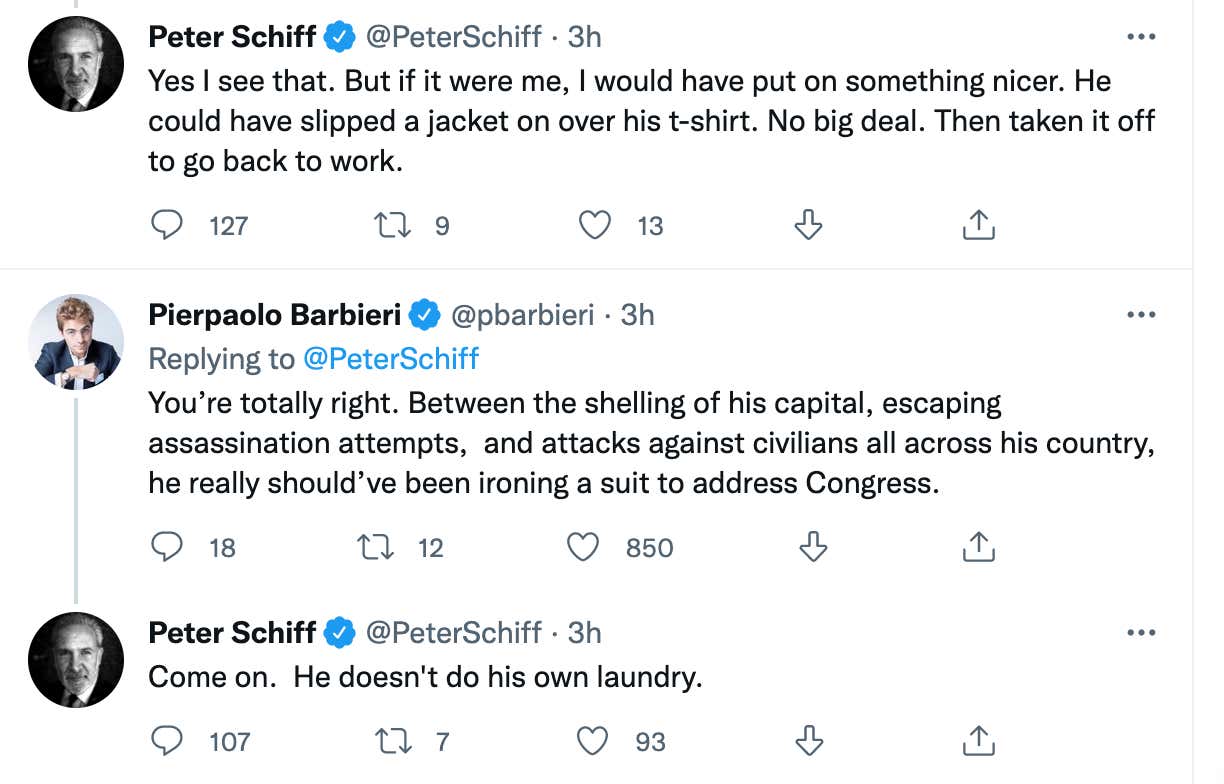 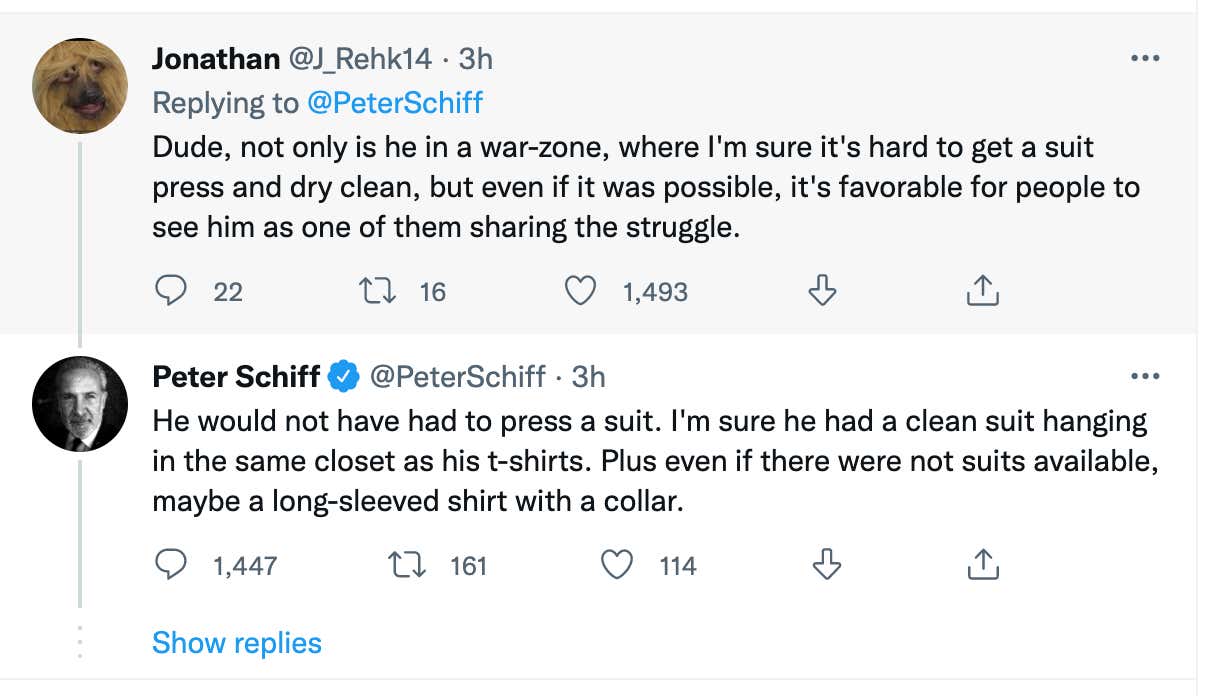 Talk about tone-deaf. "He doesn't do his own laundry. Come on."

NO ONE HAS TIME FOR LAUNDRY

What an insane thing to think let alone say and then just keeping at it. Digging and digging and digging. It's a remarkable lack of empathy, common sense, and humanity. Imagine caring so much about what a person wears that they think decorum should rule the day when a legit war is breaking out with hospitals and maternity wards being bombed.

Ole Peter here is famous for being a guy who can read the markets but that apparently doesn't help him read the room.

In an August 2006 interview, Schiff said, "The United States is like the Titanic and I am here with the lifeboat trying to get people to leave the ship.... I see a real financial crisis coming for the United States."On December 31, 2006, in a telecast debate on Fox News, Schiff forecast that "what's going to happen in 2007 is that real estate prices," which had peaked in December 2005 "are going to come crashing back down to Earth."

It'd probably help if Peter would take his head from that beautiful, beautiful butthole of his and learned a little about Ukraine. We try our best to help but Peter, sadly, is still a pumpkin eater.