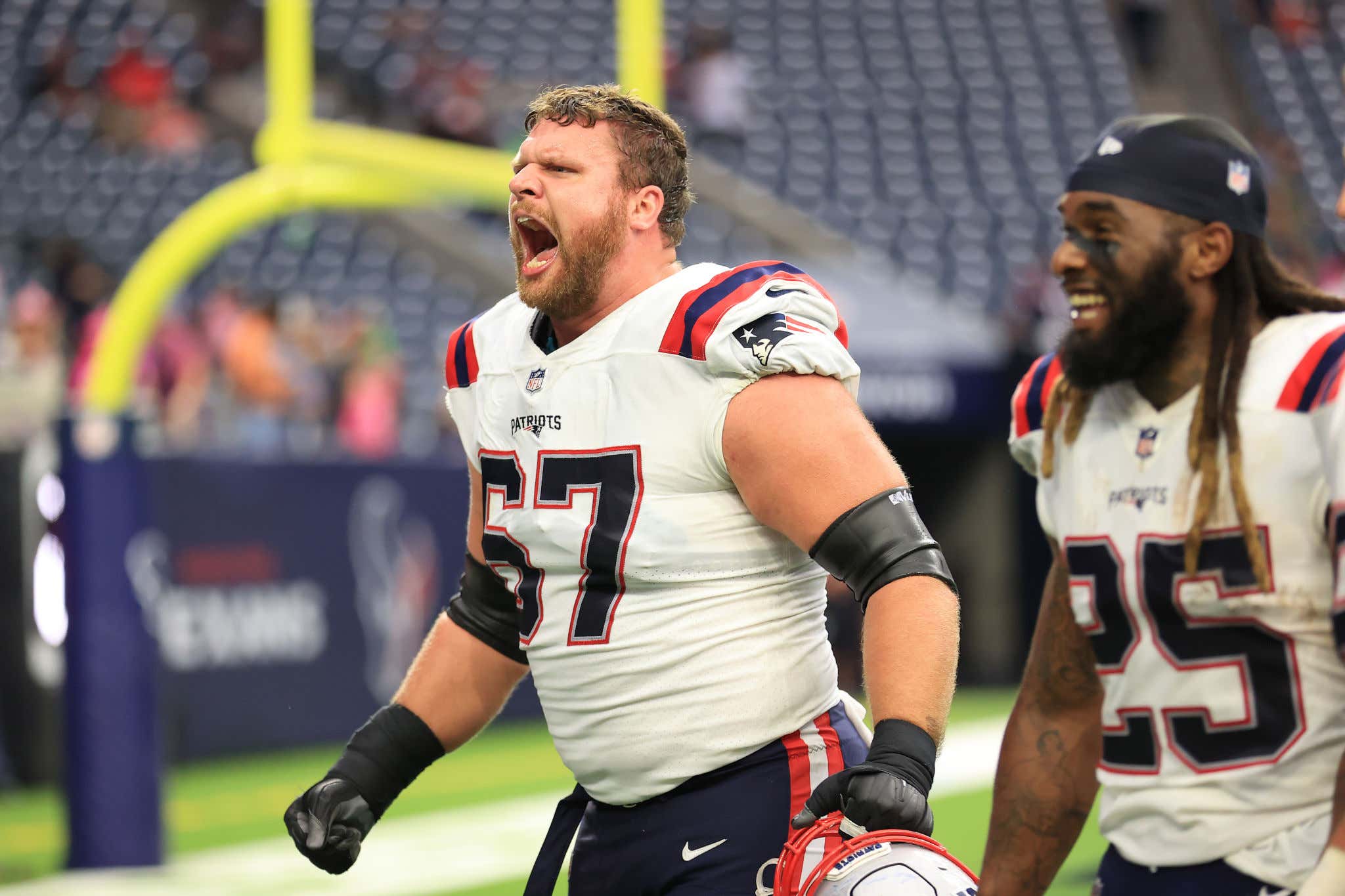 And so begins another free agency period in New England that will, in all likelihood, be like most of the previous ones, where the Patriots were sellers and not buyers. Unlike last year, when Bill Belichick went on a Doorbuster spree and filled his cart while everyone else was still looking for a parking space, the available cap space and realities of the market would suggest he's back to Crazy Bill's House of Bargains, where he's clearing inventory to the bare walls and his prices are insaaannne.

And with that, it always seems like he loses a key offensive lineman. Last year it was Joe Thuney  to Kansas City. A few years before that it was Ted Karras (1,102 offensive snaps) to Miami. Before that it was Nate Solder to the Giants. Losing O-linemen is our lot in life. It's not a lot, but it's our life.

And within hours of legal tampering season kicking off, it's Karras again. And the reports would indicate the Pats are reading the talent market - for interior linemen anyway - really low:

And in the process, not only lose their left guard, whom Pro Football Focus (paywall) graded as the 12th best in the NFL overall, and 6th best in pass protection (Note that Thuney was 7th and 1st in those respective categories) but strengthened the defending champion in their conference. The same team that signed away Tom Brady's best interior past protector a short time earlier:

So Cincinnati is putting the AFC on notice that they are not about to let last season's (ultimately) fatal flaw happen again. 2021 was practically a near death experience for Joe Burrow, with an NFL-worst 51 regular season sacks, and an incredible 19 more in the postseason. They've announced they're ALL IN on the Franchise Protection business. And business is booming.

Which is doubly bad for me, since the road to playoff respectability looks to go through Cincinnati again (and Kansas City and Buffalo), and I've got a franchise QB of my own I need to see grow and flourish. So now is hardly the time to see Mac Jones lose anyone up front after an overall good year for a line that struggled with Cam Newton under center in 2020.

Then again, there's a Newton's Law principle that always produces an equal and opposite reaction to every action when it comes to this stuff. The benefit of not matching an $18 million per year offer on your second best guard means it makes it possible to keep your best guard:

As always, it's a zero sum game. You only have that much to spend. And Mason was the 3rd highest graded OG in the league by PFF. Plus they struck gold in the 6th round in 2020 with Michael Onwenu, who lost snaps to Karras last year but has a lot of experience at that same LG spot and was among the best lineman in the league at any position as a rookie. It sucks to see a versatile pro like Karras go, but it's acceptable if you've got a replacement. Where this sucks more is knowing the conference champions are improving in the area they most needed improvement.

Let's just hope GM Bill figures out a way to do the same before all the top talent is already off the shelves. What's sad is we know none of them will be related to anyone who stole the show in one of the best comedies ever made.