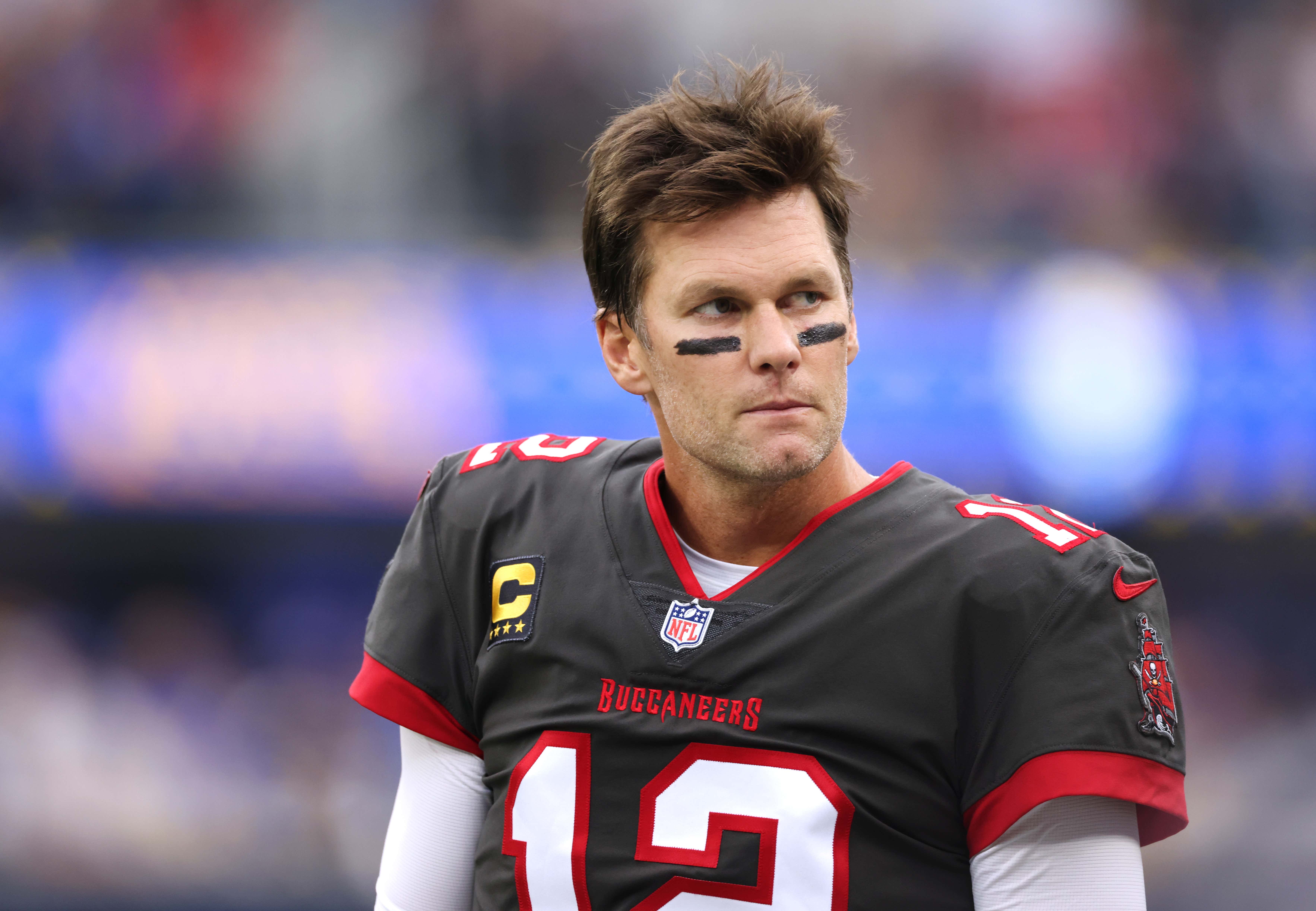 A few years ago, my oldest brother got to take early retirement from a company he'd been working at since right out of high school. They were trying to downsize and offered long term employees like him a sweet deal that included a "Breaking Bad"-style pallet piled high with $100 bills (not really) to call it a career. And in order to decide if it was the right move, he checked with his financial advisor, who gave him the ethical professional's version of "Are you fucking nuts? Of course you take this buyout and call it a career." I remember asking him why he had any doubt in the first place. I mean, who wouldn't choose a financially dependent life of doing whatever you want all day instead of wage slaving it? His answer has stuck with me ever since. "When you open the gate, a cow will hesitate before it walks into the pasture," he said. "It's hard to walk away from the thing that you've been doing five days a week your whole adult life." And explained it took him about two hours to realize he made the right call and hasn't regretted it for a second since.

I mention this because Tom Brady continues to sound very much like a GOAT that isn't walking out any gate into any pasture. 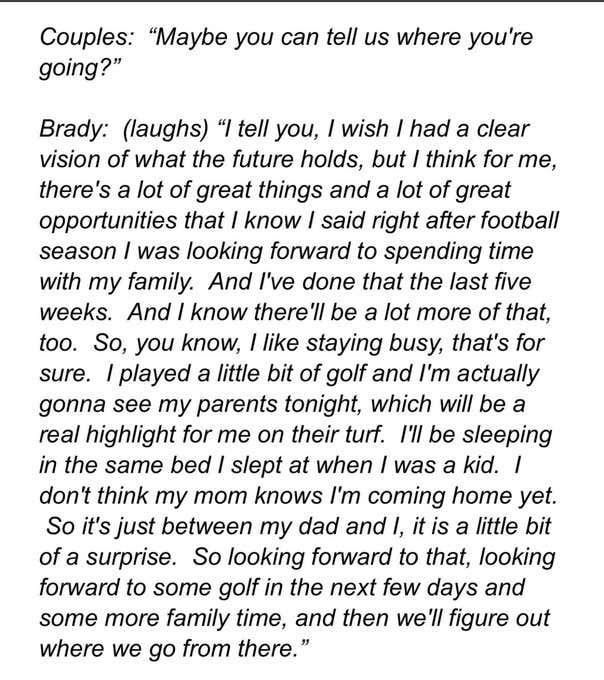 "I wish I had a clear vision of what the future holds."

"We'll figure out where we go from there."

Does any of this sound like the words of a hyper-competitive, supremely driven, highly regimented, Type-A personality like Tom Brady?

You just know he's a structure junkie who's had every aspect of his life mapped out weeks in advance. With a color-coded spreadsheet with all his activities, workouts, football meetings, film studies, business meetings, meals and family time all neatly scheduled in detail. The kind of guy who doesn't have the sexy time with his wife without scripting the first 15 moves, with audibles, adjustments, counters and check-with-mes all as part of the game plan. So it takes a lot to convince me that suddenly, after the two seasons he just put together, he's like a 12-year-old and school just let out for the summer, and he doesn't know what to do with himself so he's just going to play "Call of Duty: Black Ops Cold War" for 10 hours.

These are the thoughts not of a Tom Brady, but of a directionless man. (Aside from the part where he says he's spent the last five weeks hanging out with his family. Any family man can read into those words that five weeks was pa-a-lenty, and the direction he's heading in is anywhere but hanging out with the Mrs. and the kids all day.) The only reason Brady would be saying such things is because he's not sure where he'll be playing this season. Or at least, that he can't say yet. A truly retired GOAT would have it all mapped out, which business empire he's building, what preposterous vanity project he's working on next, what world this Alexander has left to conquer. He wouldn't be babbling about sleeping in his childhood room with the Farrah Fawcett poster above the bed and the crusty DNA sock under it.

But for me, there's another, even more certain tell. The canary in this particular coal mine is that Rob Gronkowski is still technically a Tampa Bay Buccaneer. There's not a man, woman, or child among us who thinks he's going to play football with another quarterback. He hasn't re-retired yet because he's waiting for Brady's employment elsewhere to become official. Then he'll demand to be traded to that team for a swap of seventh round picks or something, and threaten the Bucs with retirement if they don't accommodate him. So as long as Gronk is pretending he's going to be playing tight end in Tampa and until Brady says something more definitive than this vague word salad he gave Freddie Couples, consider them both moving on to some other team in 2022.