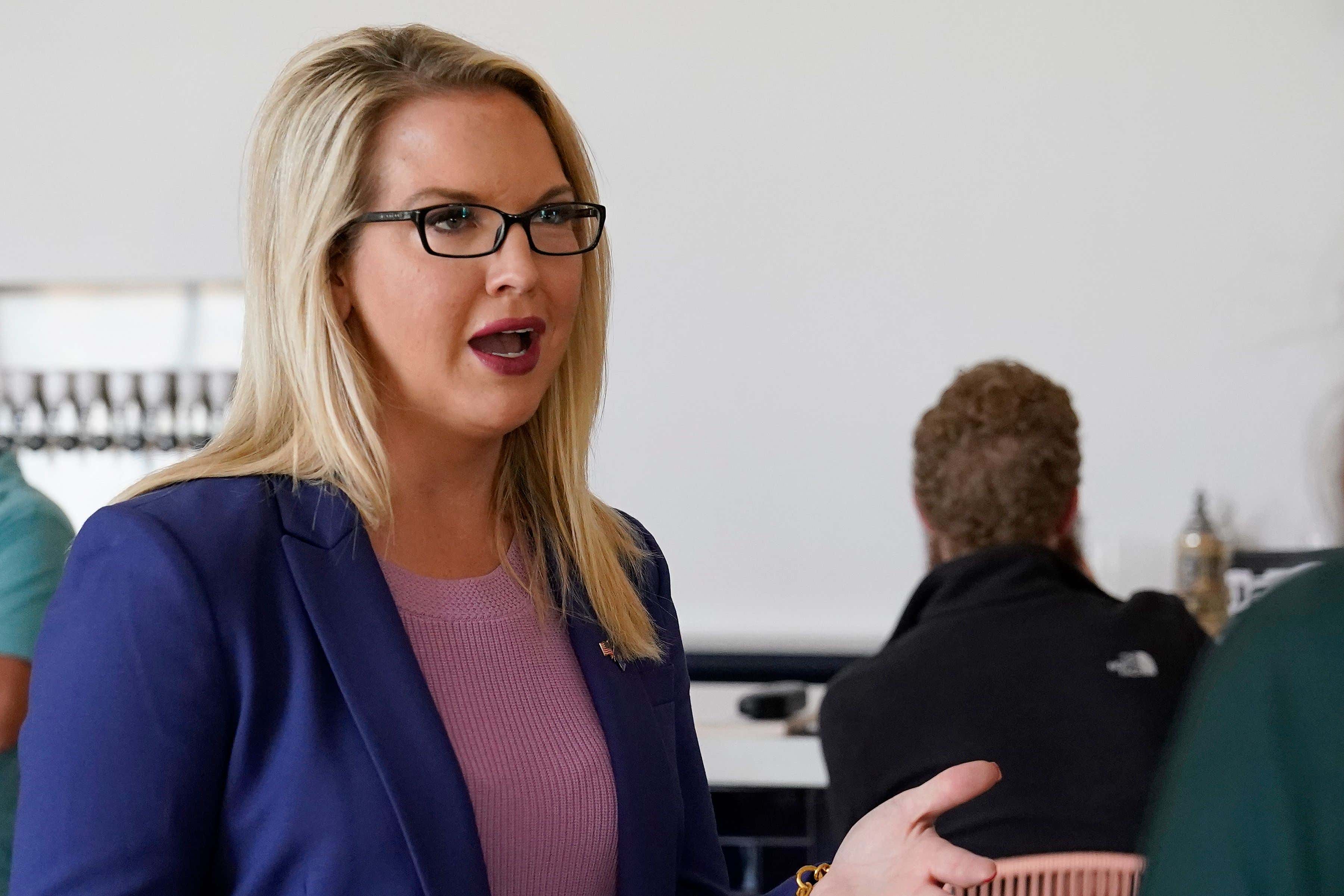 Richard Nixon refusing face powder before a televised debate with JFK. The Dean Scream. Dukakis in the tank.  These are just some of the most infamous blunders in political history, moments that are widely attributed to the downfall of once-promising campaigns. Just goes to show how the margin of error is practically nonexistent in the high-stakes, high-pressure world of big politics — no matter how many stump speeches you nail in front of roaring crowds, or how many important issues you have a well-defined and principled stance on…all it takes is one mistake, and it could all be over. A single display of extremely excessive perspiration, a squeal that belonged bouncing off the walls of an insane asylum, one oversized helmet on a tiny little baby man behind the controls of a war machine — one wrong move that rubs voters the wrong way and you're toast.

With that in mind, let's check in on the campaign of Abby Broyles who is fighting for a chance to represent the great state of Oklahoma in the United States House of Representatives:

OKLAHOMA CITY (AP) — A U.S. House candidate in Oklahoma has apologized after reports that she became intoxicated at a Valentine's Day weekend sleepover for middle-school-aged girls, berated several of the children and vomited in a hamper.

Okay so it's not going great. Rarely do you watch a career evaporate in the span of one short opening sentence, so this is pretty special. But, there's still a whole story to go — maybe there's a good explanation for this, or it's not as bad of a look as it seems.

Democrat Abby Broyles, 32, told television station KFOR that she had an adverse reaction after drinking wine and taking sleep medication given to her by a friend.

“Instead of helping me sleep, I hallucinated," Broyles told the station in a televised interview. “And I don’t remember anything until I woke up or came to, and I was throwing up in a hamper."

Oh she's only 32? That's not completely unreasonable. I mean by today's standards 32 is like the new 25 — who among us didn't black out a time or 2 when we were 25?  Granted it was usually in an apartment we shared with like 4 other friends or some strangers from Craigslist, and not the Valentine's Day sleepover party of some little children.  But it's 2022, people are a lot more open-hearted and forgiving these days.  As long as she kept to herself, got the spins under control and passed out then washed and cleaned the hamper the next morning, and didn't like, I don't know, off the top of my head, curse out a bunch of little girls and call one a pizzaface and be racist towards Hispanics while running as a Democrat, or something similar..it's probably survivable.

Parents and at least one of the girls who were at the sleepover told the online news outlet NonDoc, which first reported the story, that Broyles used profanity and berated several of the 12- and 13-year-old girls at the party, commenting on one girl’s acne and another’s Hispanic ethnicity.

Alright it's over see ya Abby!