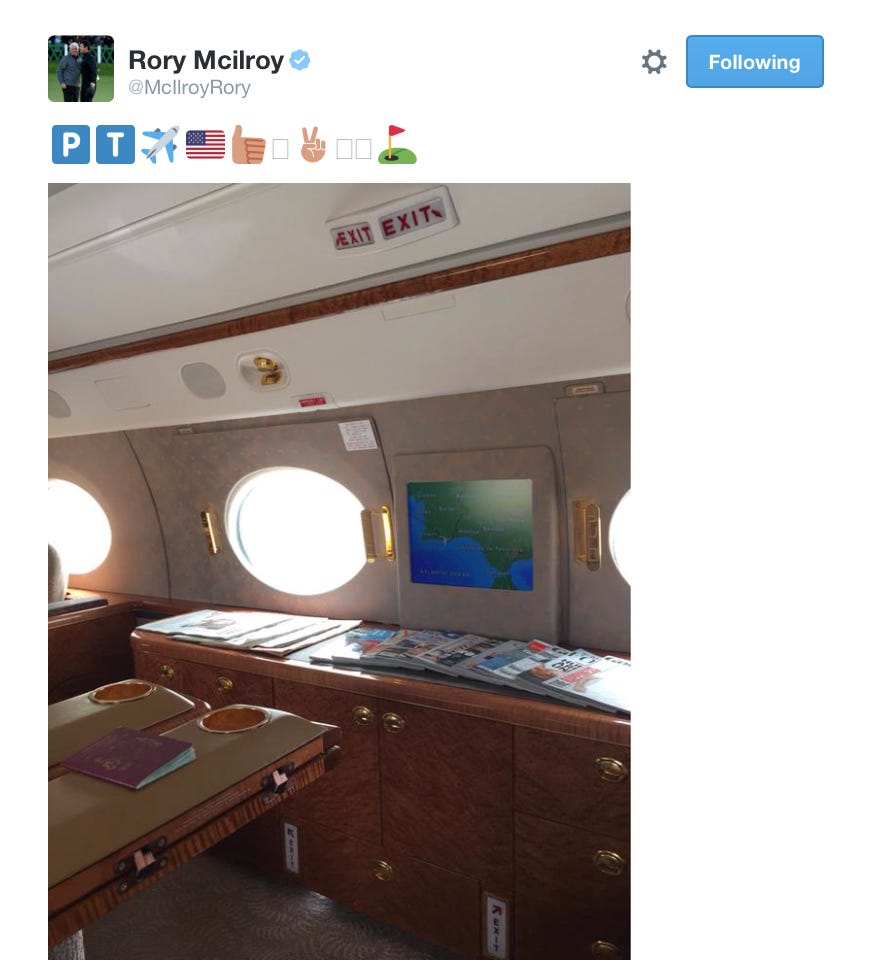 Alright now this is getting ridiculous.  Feels like we’re trapped in an episode of Blue’s Clues. A clue!  A clue!  I’ve said all along that Rory is gonna play in the PGA Championship next week and it looks like I was right……..I think.  If he doesn’t end up playing then the videos of him working out and hitting driver and especially that latest tweet that he’s flying to America would be a cruel joke.  One of the things I like about Rory is that he uses his social media to announce things as opposed to traditional media.  He did it to announce his injury and it looks like he’s doing the same to announce his “comeback” but come on.  Just tell us that you’re playing because we know you are so we can move onto talking about you defending your title.  That tweet is the tweet of a 14 year old girl.  Emojis on top of emojis.  Nobody is worse at translating emojis into actual meaning than me.  I avoid them at all costs because I know I’ll send the wrong message.  So I’m gonna need Rory to use his words.  In or out?  Lmk.