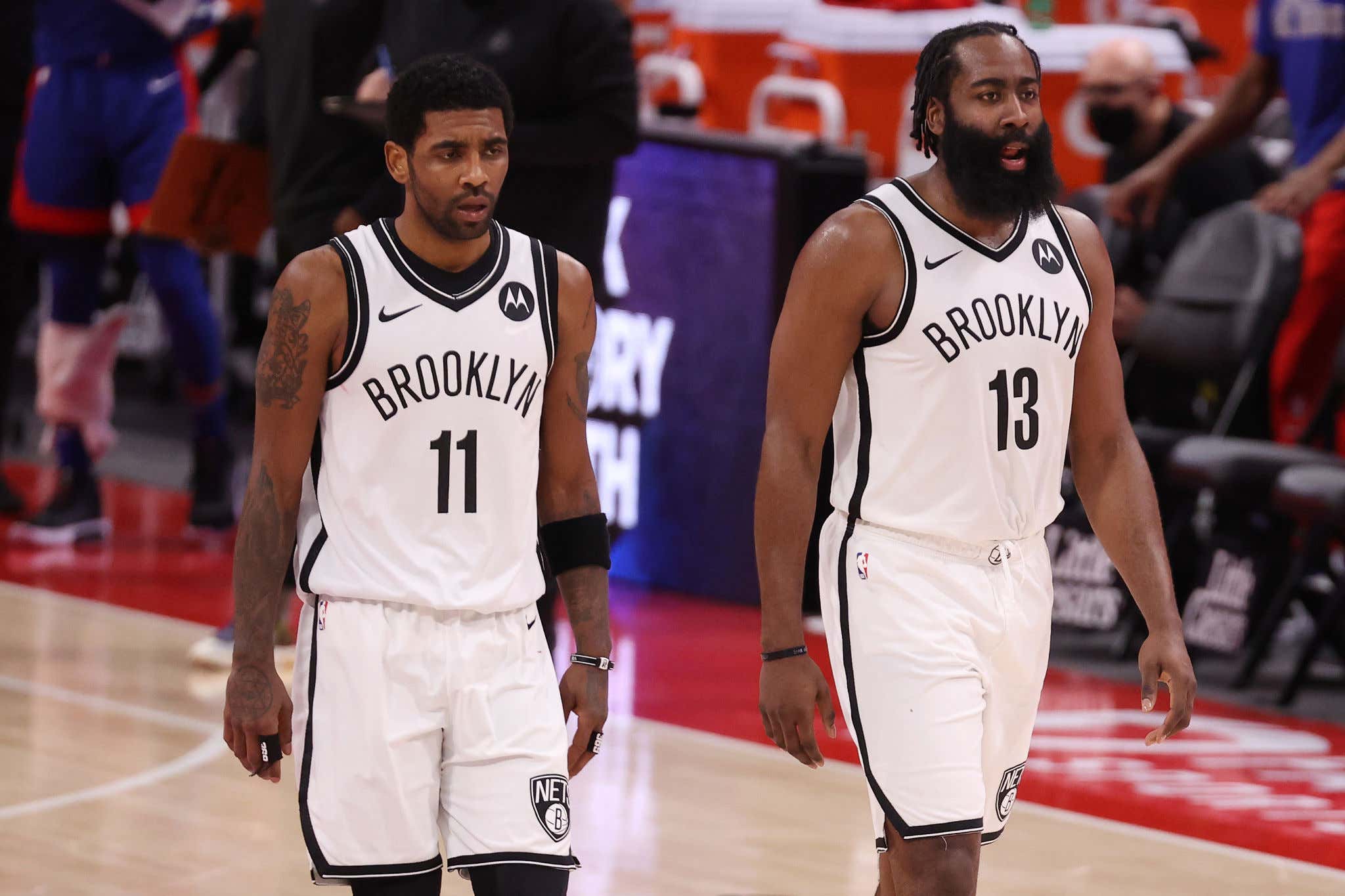 Now that the dust has settled on the James Harden/Ben Simmons swap, we now get to hear about all the juicy stuff that got us to where we are. As you can imagine, when something like this happens on a team that currently employs Kyrie Irving, guess where the blame is going to go. I know, you're shocked. It seemed crazy that someone could demand a trade to move away from a trio that when healthy was virtually unstoppable. How often we got to see it was anyone's guess, but it's hard to imagine that lineup inconsistency is what drove Harden out of Brooklyn. So what was the deal? Perk will explain

Now let's be a little fair here. It's not like Harden doesn't have a history of pulling this type of shit. He is not without blame. It's certainly plausible that he simply grew tired of playing next to Kyrie and dealing with all the drama surrounding his status as a part time player. Does this sound like a player that gets it?

If we're being honest, I don't really care what the reason was for Harden demanding out. But if this is largely what is was, boy do we need a BKN/PHI series even more now. Both sides probably feel pretty confident in their ability to make a Finals and potentially win a title right? Well imagine they play in the first round in some sort of 2/7 or 1/8 matchup. Kyrie would get to play 4 games, not 3. We'd have another potential Ben Simmons Game 7 in Philly. We'd have an extremely motivated Kevin Durant against a team he's already known to have an interesting relationship with

Would you say he feels no ill will towards Harden now? Do you think Simmons would be motivated (OK, nobody knows what to think when him)? Now you have all this coming out about Harden/Kyrie to add fuel to the fire. These two teams potentially meeting before we even get to an ECF would be absolutely incredible theatre. Shit, if David Stern was alive he would guarantee we get it. Need Adam Silver to take a page out of that trusty playbook. He cares about ratings and those would be through the goddamn roof.

Looking forward though, this is the question the Nets now have to answer. What do they do moving forward with Kyrie. Do they extend him and look to add other pieces? Will the elite players even want to play with him or is this just a James Harden thing. That's certainly possible, but that's the gamble. I will say the one part that doesn't fully add up are the moments Harden clearly quit even in games Kyrie did not play. Maybe he was just over it altogether, but the quit factor is pretty high for him. First people said it wouldn't happen in BKN because he wanted to be there. Then it did. Now Sixers fans are hoping it doesn't happen in PHI because he wanted to be there. Time will tell if history repeats itself, and it's going to be incredible theatre as we find out.