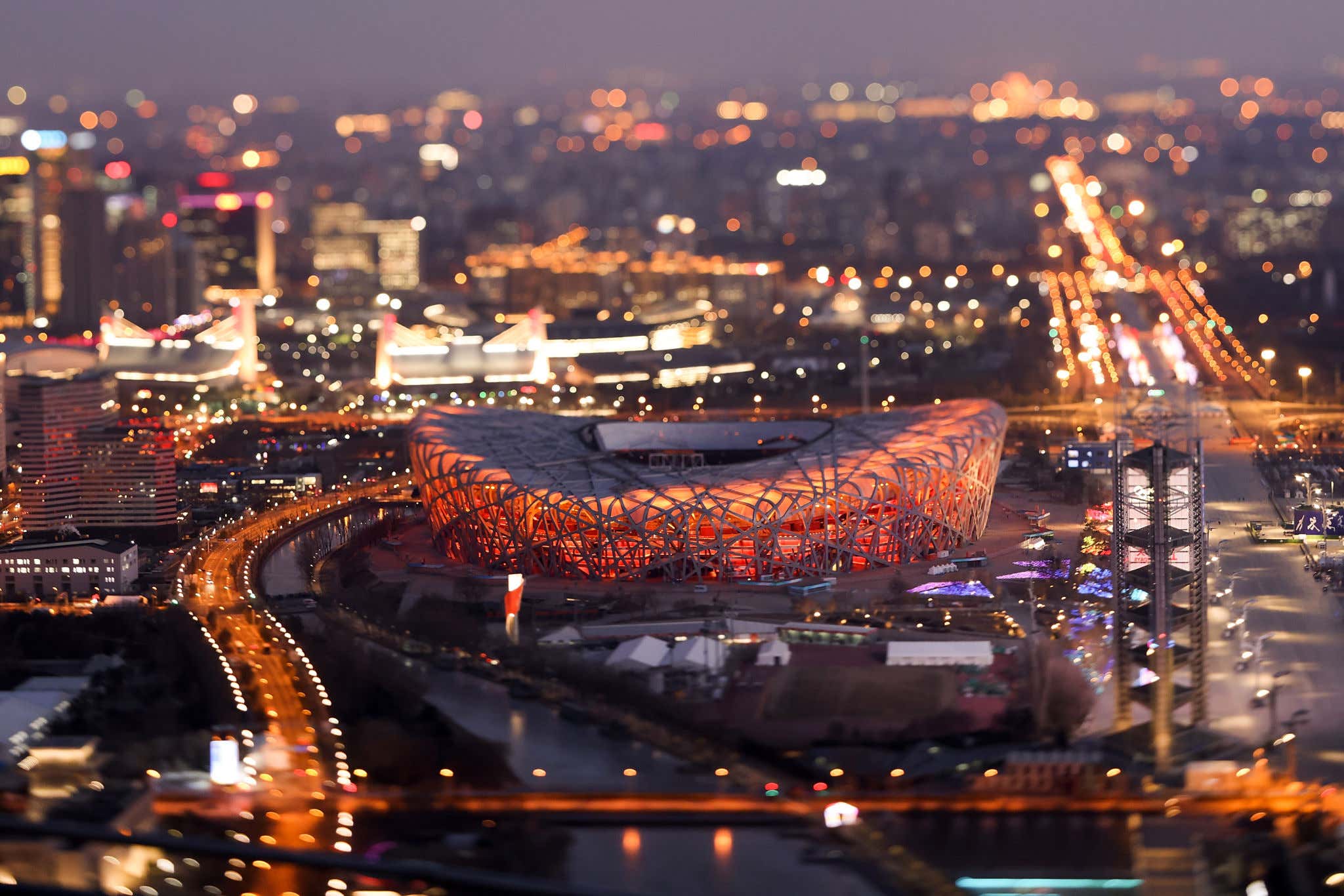 As you look through the history of the Olympic Games, one thing that jumps out at you is how many times they've been awarded toc cities that talk a good game about goodwill and celebrating the best that is in us, but aren't so much into practicing it. That will fill their Opening Ceremonies with impressive-sounding, high-minded, positive rhetoric about gathering in a spirit of togetherness, uniting in our hopefulness for a better tomorrow, and joining for a peace/children/world/clean/safe/eco futurely friendshipishness. But once all that Mad Lib claptrap is said and done, it's all just cosplay. Window dressing to hide the fact that they're motivated by power and greed and moving the pesky ethnic minorities that are in the way of getting to where the resources are, just as world powers always have. I'm talking of course about Berlin. Moscow. Beijing. Sochi. Salt Lake City. And of course, Beijing again.

This is the sequel to 2008's Summer Games. It's Beijing Part II: The Beijinging.

And this is the start it's off to:

Whoops. That's not exactly the best look when this two week Humankind Family Picnic has barely even begun. It's a little hard to send the message to the world that you're all about hospitality and not at all a government to be feared when you're hassling some journalist doing a life report like he's breaking into a nuclear facility. Even if you are annoyed by the Dutch:

So what exactly set off this Commie thug? Was he stealing state secrets? Comparing the leader to Winnie the Pooh? Giving the locals the ending to "Fight Club"? Suggesting that workers don't really own the means of production? That while there will be income inequalities in a free market economy because some possess more marketable skills than others, capitalism is the best hope for rising the standard of living for the poor as well as the rich?

Source - Sjoerd den Daas, a correspondent for NOS Journaal, was covering the long-awaited opening of games in China when a man wearing a red armband entered the frame and grabbed the journalist by the shoulders….

The interruption came from a man wearing a black jacket and a red band around the sleeve which appears to distinguish him a 'Public Security Volunteer', a citizen-led neighbourhood watch established to help police maintain order.

It is unclear what Mr den Daas was doing prompt intervention, but NOS later tweeted that he was able to continue the report minutes later.

However observers suspect that the media handlers stepped in because den Haas was filming in an unphotogenic location, on a badly lit street rather than the glamorous Bird's Nest stadium.

Well that explains that. Using a poorly lit highway overpass as a backdrop when the glorious magnificence of the People's engineering marvel stadium needs to be shown to the world is a crime. It's the kind of thing that Putin would've had you dragged off to a labor camp in Siberia for doing. But he would've been aware enough to have waited until the cameras were off. Doing this during a TV news live hit is not the best face to put forward on Day One.

Hell, nobody was worse than the goons who ran Berlin '36. But from what I read about those games in the book "Unbroken" about Louis Zamperini, even that raving, paper-hanging, one-testicled maniac knew enough to wait until all the athletes and press went back to their own countries before putting all the anti-Jewish posters back up. That's how you play the propaganda game. The Nazis weren't roughing up Walter Winchell in the middle of broadcasts or whatever. So congrats, CCP. You've already blown the first day. Let's see if you can put a win streak together because bugging the Dutch journos isn't doing yourselves any favors.