This report comes from my dude Evan Petzold of the Detroit Free Press. Casey Mize recently sat down for an interview with him and talked about the Tigers' future, where he delivered a line that should make every Tigers fan very happy. 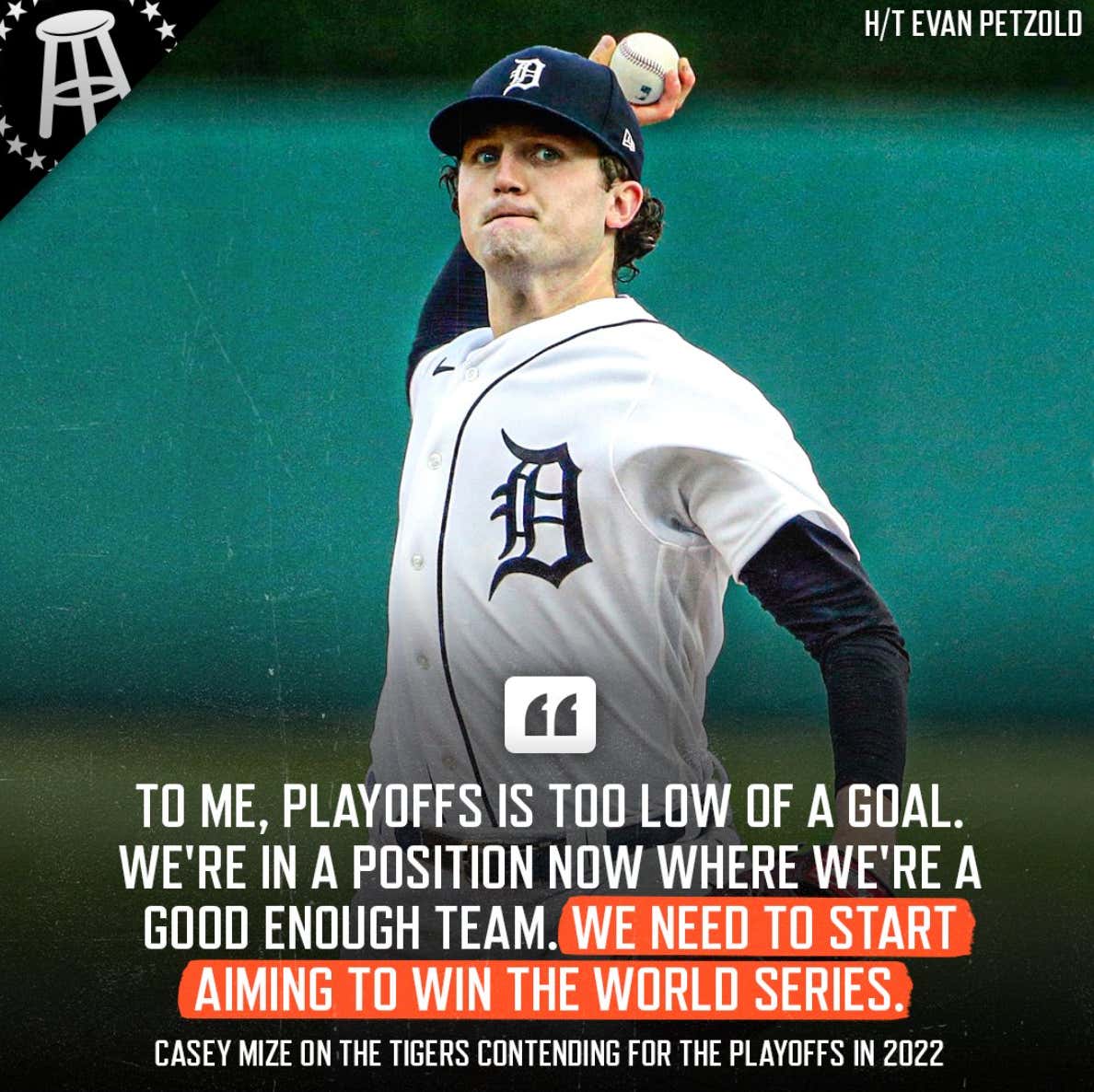 Culture. Culture matters. I've had a lot of bad takes in my day, and I'm going to have many more, but one of the best takes I've ever had was my insistence that the Tigers hire A.J. Hinch to be their manager. Mize's confidence in the situation is a prime example of the Hinch effect. Having talent is a fantastic thing, but you have to know how to win, and you have to believe. Even though the Tigers finished with a sub .500 record last year, there was something admirable about the way they went about their business, as they played at an 85 win pace over the final four months of the season following what was a disastrous April.

Even when the Tigers were rolling in the heart of the Dave Dombrowski/Jim Leyland era, you would hear whispers about those stories about fighting or drama in the clubhouse. We haven't gotten that from an A.J. Hinch clubhouse. And I give Casey Mize a ton of credit for how he's handled himself. Tigers fans have not had much to cheer for before 2021, but we put our faith in draft picks. We put our chips in the middle of the table rooting for Casey Mize, Riley Greene, and Spencer Torkelson. Tigers fans (myself included) have put these guys under an abundance of pressure. So far they've passed with flying colors. I think it's dope that somebody like Casey Mize is giving an interview like this and talking about the fact that he's ready to embrace the future. He's ready to win here. He wants to be a champion in Detroit. Too many athletes over the last 5-6 years have left Detroit and gone on to bigger and better things. Casey Mize isn't going anywhere. He will be our guy for a long time, and I think that's great. And for the record, do I believe that the Tigers will have a World Series caliber team this season? No. I try to be as objective as possible. But buying in is the first step. Now end the goddamn lockout, and let's play some baseball.