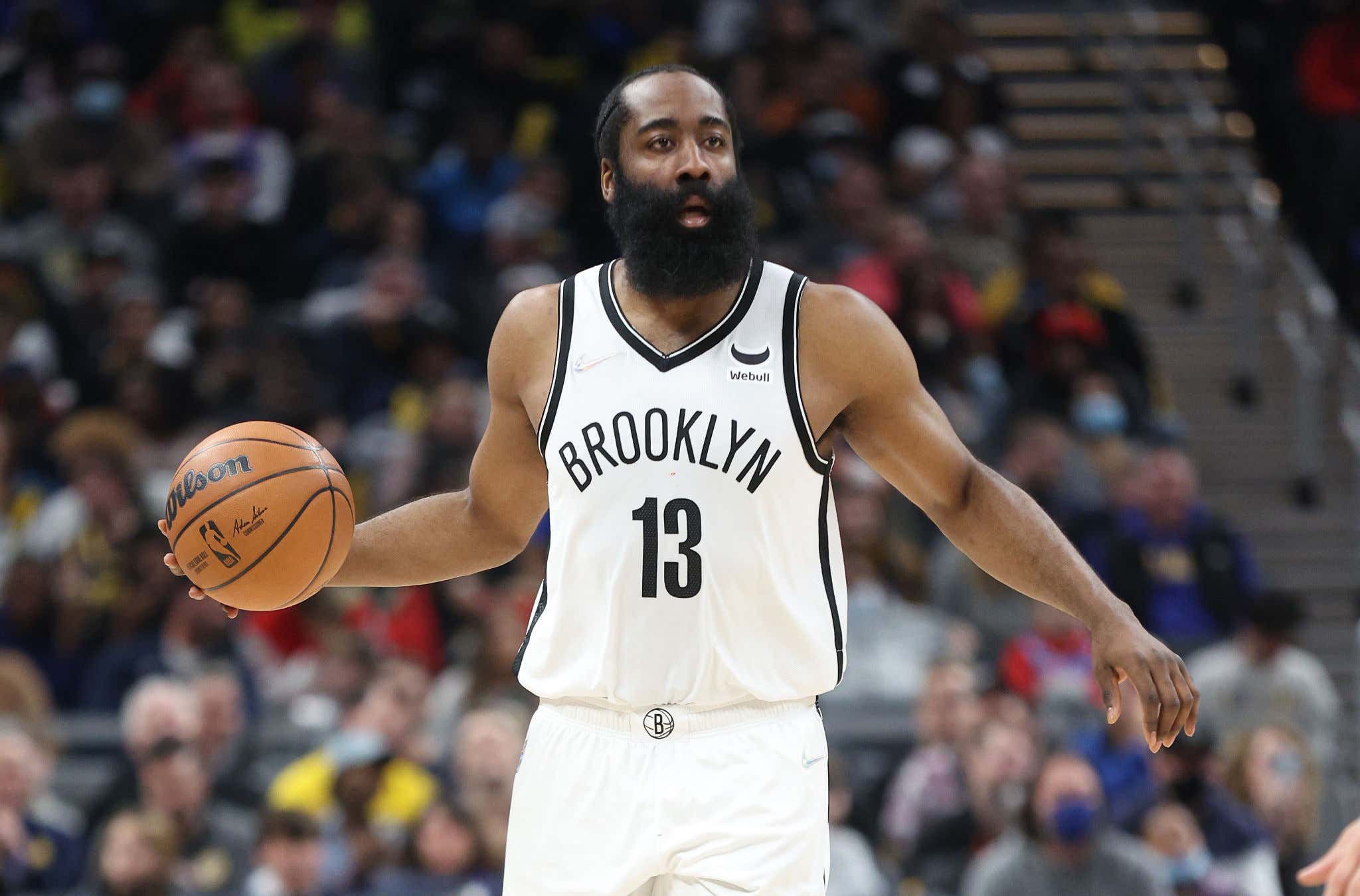 (B/R) - As the NBA calendar approaches the Feb. 10 trade deadline, word has circulated around the league about James Harden's increased interest in testing the open market this summer, and how his impending free agency is impacting the Philadelphia 76ers' asking price for Ben Simmons.

In his 13-year career, Harden has never been a free agent. By all accounts, the former MVP has clear intentions to reach unrestricted free agency for the first time, even if that would lead him back to the Nets.

Harden remains invested in competing for the title in Brooklyn this season, according to multiple sources with knowledge of the situation. But Harden has recently informed several confidants—including former teammates and coaches—of his interest in exploring other opportunities outside of Brooklyn this summer, league sources told B/R.

"James isn't going to hold back," said a person familiar with Harden. "He's gonna tell you where he stands."

Harden has been vocal to Nets figures and close contacts alike about his frustrations regarding Kyrie Irving's part-time playing status. A recent injury to Kevin Durant has exacerbated the issue, leaving Harden to shoulder the majority of the offensive burden during Brooklyn home games.

God do I love this time of year. Nothing like "sources" coming out and dropping this kind of nugget. For all we know, the sources could be from a team that hopes to bring James Harden in. It could be legit and someone from Harden's camp. It could be a random person just giving their opinion on a situation that has no actual knowledge of the situation.

The point is, none of that matters and I'm pretty sure nobody gives a shit. When you have a big name player like that and a storyline this juicy, facts often aren't important. The game is the game.

You get this close to the trade deadline, this is what happens. Stories like this pop up. Some fanbases read that report and become overjoyed. Nets fans, not so much. You never want to read that your second best player, and a guy you basically gutted your roster for doesn't even want to be a Net anymore. It feels like just yesterday Harden demanded his way to Brooklyn. If they don't win a title and he dips? I wonder what that then does for the rest of the league and how they handle disgruntled stars. Remember, only KD has signed his extension. Both Kyrie and Harden have player options this summer. Something tells me they aren't running to give Kyrie that max extension, which is why Harden has every right to exercise his options if he so chooses. There are some financial issues to potentially get him traded, sign and trades aren't always a given and it would then hard cap a team like PHI if they were able to pull it off, but that's whatever.

I also found this to be pretty interesting

His new city could also be an issue. According to multiple sources, Harden has not enjoyed living in Brooklyn, compared to his days as a central Houston magnate. Outside of the change in climate, the chasm between state taxes in New York versus Texas is quite obvious as well.

Wait, did nobody in Harden's camp explain to him that taxes exist? That there would be a difference in going from Texas to New York? I feel like that's Step 1 for an agent or money guy. You should probably explain to your client the financial ramifications of his trade demand to make sure he knows what he's doing. I for one am shocked a guy who went from being a Houston strip club legend with nice weather and no income tax suddenly doesn't like the life in the Northeast. Who could have possibly seen that coming!

The Nets already had an insane amount of pressure on them this year to win the title. They are one of the few teams in the league where just making the Finals isn't good enough. Sorry, the bar is a title. Anything other than that is a failure when you bring in that collection of talent. Year 1, they had an injured KD and Kyrie, and they lost 0-4 in the first round to the Raptors. Year 2, they had an injured Kyrie and Harden and lost in Game 7 of the 2nd round. Year 3, they have an MVP level Durant, but a part time player in Kyrie and a "down" year from Harden. There's no guarantee that roster makes the ECF this year, especially if Kyrie can only play part time. When Kyrie and KD teamed up, the talk was around titles. That became even greater when they added Harden. For that to potentially be over after this season would be pretty nuts.

It just goes to show the risk that comes with catering to star players' demands. They can change their mind, and then you're fucked. Some say scared money don't make money, but if the Nets never win a title and Harden dips, it puts the franchise in a tough spot. That doesn't even factor in what might happen with Kyrie. On the flip side, it is still possible that Harden signs a long term extension this offseason. It basically all comes down to this postseason in my opinion. If the Nets make a deep run and maybe lose in the Finals, maybe he sticks around. But another early exit? At 33 years old and ringless, would it shock anyone if Harden seriously looked around for a different option?