... and telling Joe Burrow she wants him on her roster:

Well this screen legend and sports superfan is at it again. This time tearing into an unnamed Patriots player for trying to get her to come to Boston. At the worst of all possible times, given that she's a legit sports fan and was paying attention Saturday night:

Before we go any further, credit to this follower of Richelle's for the outstanding D pun:

We don't know the identity this anonymous Patriots player, though I have many, many gut feelings about who it may be. It's just irresponsible to start throwing out names. So I think the best thing to do is follow Ms. Ryan's own professional, mature example and leave him unnamed.

Instead, let's focus on more important matters. This reminds me of something Dan Jenkins (maybe my favorite all time sportswriter) once wrote. He was describing the scene in a college football locker room and said there was a giant sign on the wall that expressed the greatest motivational message of all time. "Coeds Don't Suck Losers Cocks." Brilliant. And inspirational. 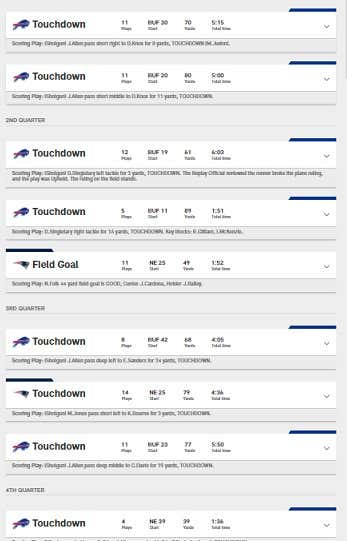 So learn a lesson from this. As if giving up 47 points wasn't humiliation enough, getting cucked like this should do the trick. Whomever this player is, he should 'fess up to the rest of his team and use this as a rallying cry. A solemn promise to one another. A vow that such a thing will never happen again. That they will scratch and claw and fight their way back to the top. Pay any price, bear any burden, so that they can slide into any DMs they desire and be welcome there, just like in the glory days of 2001-18. And when they get back to the mountaintop, they can talk about this moment on their episode of "America's Game." How this humiliation of one of their own at the hands of Richelle Ryan was the thing that brought them together and launched them onto their Super Bowl winning trajectory.

And if that doesn't do it, this should: