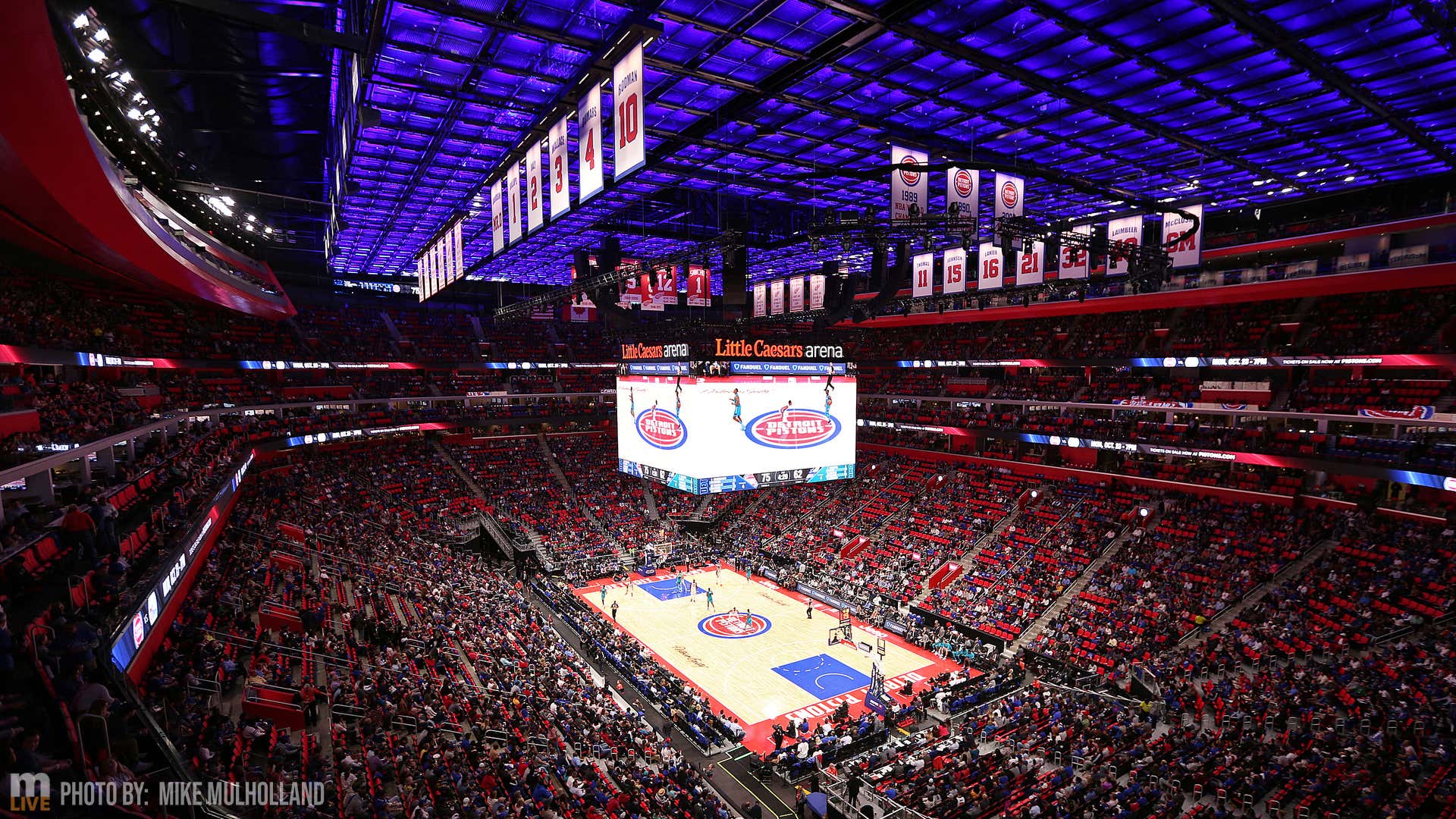 I hadn't been to a Detroit Pistons game in years. But on Saturday night, my buddy was fortunate enough to get me a ticket, and I decided to check out this young Pistons team in person. I'd been to Little Caesars Arena before for a few other events, but this is the first NBA game I've been to. It's a top-notch venue, and the people are friendly. I like going there. I've said this before in many of my videos, mainly about the Tigers, but I'll repeat it here. One day, it's going to be Detroit's turn. I honestly can't wait for that. I can't wait for LCA to be loud and ruckus the way the Palace was in the mid to late-2000s. It's been too damn long.

OK, I think I got the pleasantries out of the way. Now it's time for some criticism. I am so unimpressed by the Pistons and I'm unimpressed by the presentation of these games. I am not critiquing Detroit sports fans or the media covering these games for the record, and I want to hammer that point home. Pistons fans are some the most passionate there are. This post is a critique of the atmosphere and of the team itself. I don't care if you've watched every Pistons game since 1965. It's hard to get excited about the current product. I know Cade Cunningham has a high upside. I think he's going to be a fantastic player. I wrote a whole blog about him. But this product is below subpar and has been for years. And keep in mind, they won the game that I was at. They beat the Orlando Magic, who may be the only team in the NBA who is worse than the Pistons. I still love the Wagner brothers for life, though. And I'm aware that the Pistons are still in full-on tank mode, but I don't know. Shouldn't they be at least a little bit better with Cade? I swear they look worse than they did a year ago.

I got to get something off my chest, and I know it's going to make me sound like an old man, but I'm not too fond of the presentation of live NBA games. And I acknowledge this is more an NBA problem than a Little Caesars Arena problem. But when I went to Gainbridge Fieldhouse to watch the Pacers in Indy, they weren't doing cutesy bits after every single timeout, and I don't recall music during every possession. Every break in the action at LCA features a dance routine, a trivia game, or a DJ. And for the record, I have zero issues with in-game entertainment. All other professional sports venues do similar things, but they do a much better job spreading it out, and the enthusiasm by the host usually feels genuine. Say what you will about the Detroit Tigers (and trust me, I've said plenty), but when they were losing 114 games in 2019, I didn't hear any organ music in the fifth inning. What does it say about your franchise that the most exciting thing that happened in your new arena in five years has been a dancing usher? You shouldn't get rid of it, but could we cut down on the bits? There's nothing worse to me than phony optimism. I understand it's a business, and you have to do all you can to keep the fans entertained. But Detroit fans are smart enough to see through the façade. It's the equivalent of a parent waving their keys in front of a child's face while the other parent tries to force-feed them vegetables. The environment and atmosphere will improve when the team does. You can't blame the fans when they have little to cheer for.

I'm a big fan of nostalgia, but I'm not a fan of holding onto nostalgia for too long. I love the Tigers more than anything, but even I get a bit tired of every broadcast mentioning how great the 1984 team was. I'm sure it was beautiful. It was also 11 years before I was born. You can only hold onto that for so long before it becomes desperate. Mason is a legendary PA announcer, and he should be allowed to be a part of Detroit Pistons lore for as long as he wants. But maybe, JUST MAYBE, he overdoes it a bit. All of that was cool when the team was rolling, and you had "DEEE-TROIT BASKETBALL" and "Chauncey B-b-billups", but every time the Pistons hit a three, he refers to it as a "313" and douche chills cover my body like a coat. And maybe you will like it. There's nothing wrong with that. Not everyone can be as cynical as me (thank god). It just feels too often like Little Caesars Arena is trying to recapture the magic of the Palace. That's impossible. They can never duplicate that, but they can surely try something different.

I feel about Little Caesars Arena the same way I think about Ford Field. Is it electric? I don't know because they haven't played a single meaningful game there. And getting boat raced in 2 playoff games as an eight seed while Blake Griffin carried a franchise on one leg doesn't count. I'm talking about actual meaningful, championship-caliber basketball, which has never been played at LCA ever. Most people will not share my complaints because most people don't share my negativity about most things. I encourage people to go and support the Pistons. Despite my criticism, it is fun. It's an enjoyable thing to do for a night. I'm all for supporting any local Detroit team. I'm rooting for the venue, the team, and the city, but they have a ways to go.