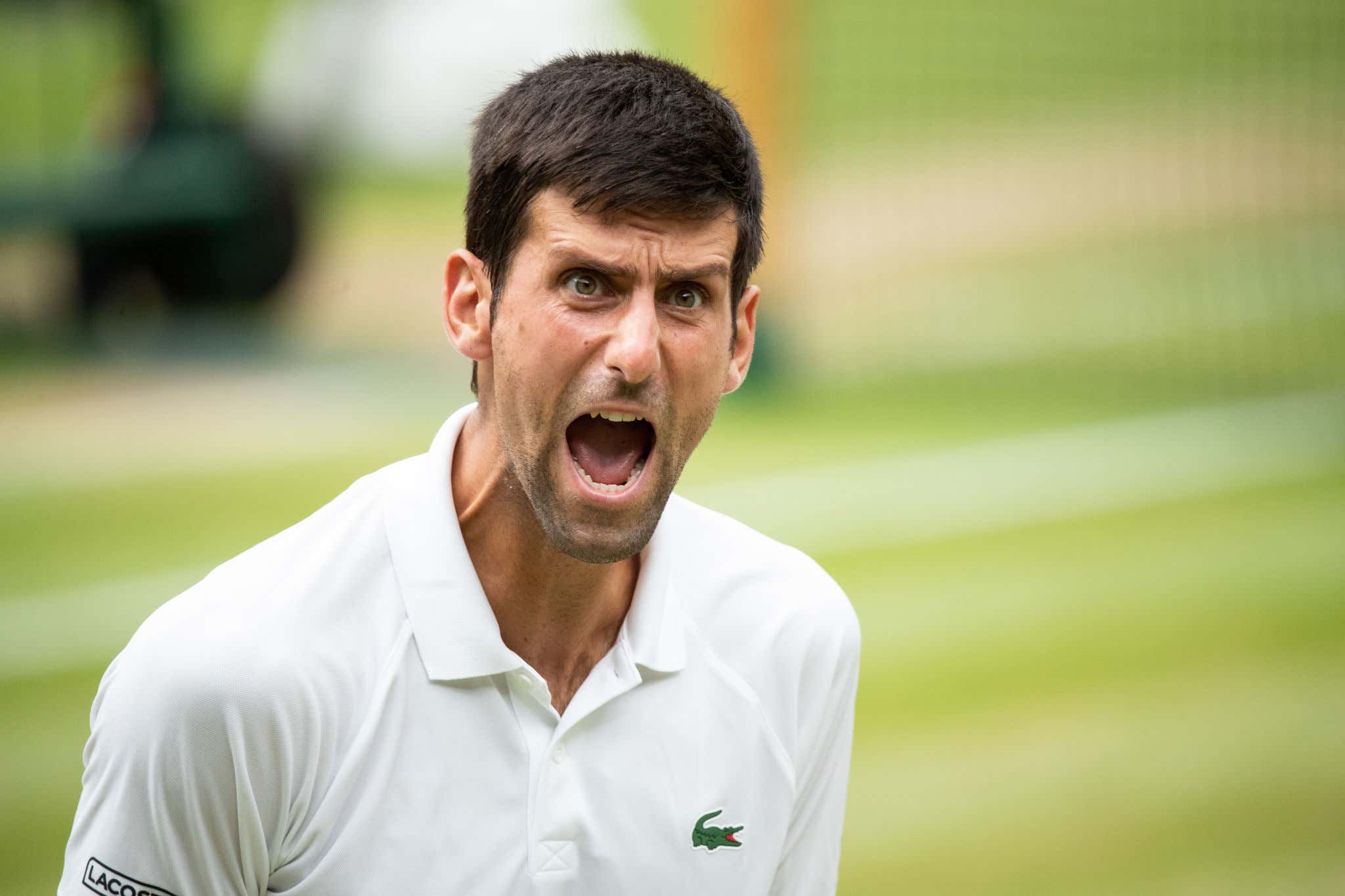 Yesterday it was announced that Novak Djokovic had been granted a medical exemption that would allow him to play in the 2022 Australian Open. Despite the tournament mandating the vaccine for its players and the country being 90% vaccinated as a whole, an unvaccinated Djokovic was going to be allowed to play. The news pissed off a lot of people, especially the people of Australia who have undergone a strict pandemic lockdown over the last 2 years. It's very difficult for Aussies to travel out of the country or state by state so seeing an unvaccinated guy like Djokovic waltz right in because he's rich and powerful wasn't a good look at all.

Just as I was going to bed last night I saw this tweet that was sent while Djokovic was in the air on the way to Australia.

When I woke up, Twitter was a mad house.

However, late on Wednesday evening it emerged that Djokovic was seeking to enter Australia on a work visa, which doesn’t permit medical exemptions for being unvaccinated and requires the support of the Victorian government. A federal government source told The Age there were also issues regarding the documentation required to prove the reason for Djokovic’s exemption, which is required from unvaccinated people. Djokovic is believed to be relying on the fact that he has Covid within the past six months however the source said it was unclear if that was sufficient to secure entry under federal guidelines. (source)

Novak landed about 4 hours ago and has not been allowed into the country since that moment. It seems a member of his team actually applied for the wrong visa and it's stopping him from entering. You actually can't make this shit up. Dude traveled all that way for one of his guys to fuck up the visa they applied for. I'm not even sure Office Manager Brett would've botched that one.

At this very moment Djokovic is in a room by himself at the airport… What is going on?!??! It's almost 4am there. This couldn't be happening to a better guy…

At first glance this looks like a clerical error by his team that should get corrected, but maybe not? Maybe the Australian border patrol is actually locking down and saying him having covid within the last 6 months (the general consensus opinion for his medical exemption) is not enough to gain entry. I head the border patrol had some new hires recently

All jokes aside, I want to make something clear, as I did yesterday. None of these blogs I'm writing are attacking Novak. He wants to be unvaccinated then that's his call, no matter how stupid his rationale may be. Who my anger is towards is Australia for granting him that exemption while basically every other player on the tour got the vaccine to play. Those that didn't are not allowed to play. Simple as that. If you're making those the rules for the tournament then stick to them, don't bend them because someone is chasing the all-time slam record and you want it broken on your soil.

If I'm Djokovic I'm PISSED. Livid. Furious. If I fly all the way to Australia only to have to take another flight back I'm gonna lose my fucking mind. You know how much time that is on a plane? Wouldn't wish that on my worst enemy. Wouldn't be shocked if went against all his morals and got the vaccine just to avoid that nightmare.

My guess in the end would be he's allowed in once they get the right visa, but maybe the border patrol tells him to fuck off and tries to play hero ball for the rest of the country.

\Anyways, hope Novak has seen The Terminal if he plans on spending the night.