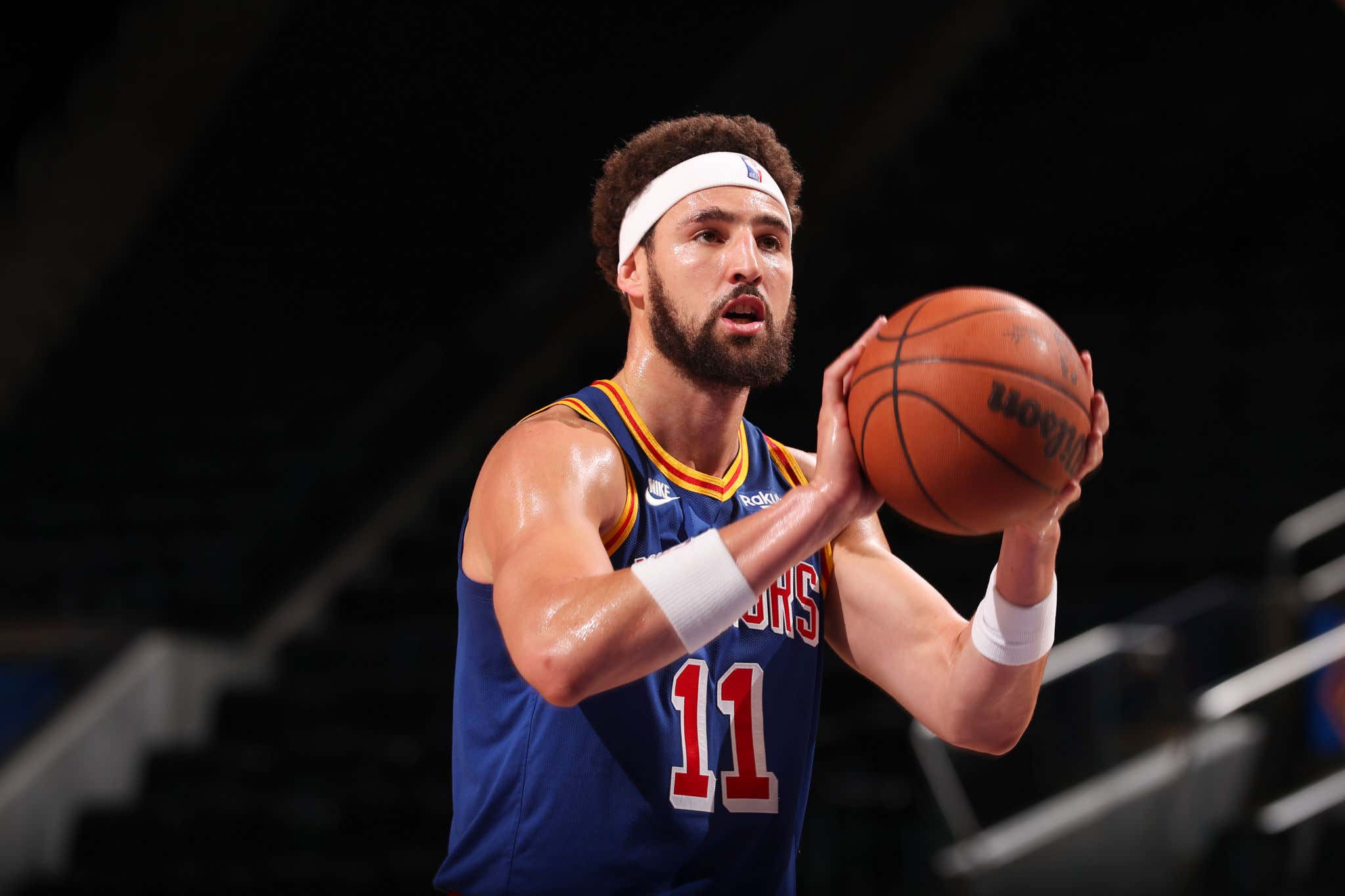 Listen, I know the 28-7 Warriors getting Klay Thompson back is bad news for the rest of the NBA. I remember the Dynasty Warriors thank you very much. I think we all pretty much have the Austin Rivers approach when it comes to GS

and everyone knows why. They have what every other fanbase wants. They play the best version of basketball in the NBA and have for a long time. So yeah, getting a healthy Klay Thompson back to throw in the mix is a big time problem for every other fanbase that thinks their favorite team has a shot this year. Just thinking about adding one of the best shooters of all time to a mix of Curry/Wiggins/Poole/Draymond is pretty terrifying. But then you remember this is Klay we're talking about. Even though a ton of people may hate the Warriors, nobody hates Klay. I'd go so far as to say it's impossible to do. He's not cocky, he doesn't talk shit or complain to officials

and he loves to get high and chill with his dog. Who doesn't love that? Then you remember that it's been 935 days since we've last seen Klay play basketball and will be up to 941 by Sunday. That feels insane but it's true. June 13th 2019 was a lonnnnnnng time ago. To tearing his ACL in the Finals (and still taking FTs) to then rupturing his achilles as soon as he was looking good again in the offseason? That's beyond brutal so I can't see any basketball fan not being pumped about this, even if you hate GS. One of the better parts of this great Warriors start is the fact that they never had to consider rushing him back at any point and could be overly cautious. The environment in that first game back is going to be so electric you almost feel bad for the Cavs. Think of how bananas the arena is going to go the first time Klay touches the ball let alone makes his first three.

We know the Warriors are going to have Klay return at home, so that Jan 9th date makes some sense considering the Warriors then head out for a four game road trip and don't return home again until the 18th. I can see having him debut in that game so he could then get some reps in on the road. They play MEM/MIL/CHI/MIN on that 4 game trip, and even though it's not like the Warriors need the help, having a healthy Klay can't hurt.

Given his style of play, I don't see why Klay wouldn't look like the same old Klay. Part of me I think is swayed by how incredible KD looks after his achilles injury, but also it's not as if Klay really relied on insane athleticism or quickness. He's a spot up shooter/defender. I feel confident in assuming he has not forgotten how to shoot. If by chance you may have, here's a quick reminder

Speaking of the recovery trail, I see you Jamal Murray

Something tells me we may be in for one hell of a second half. Let's go!