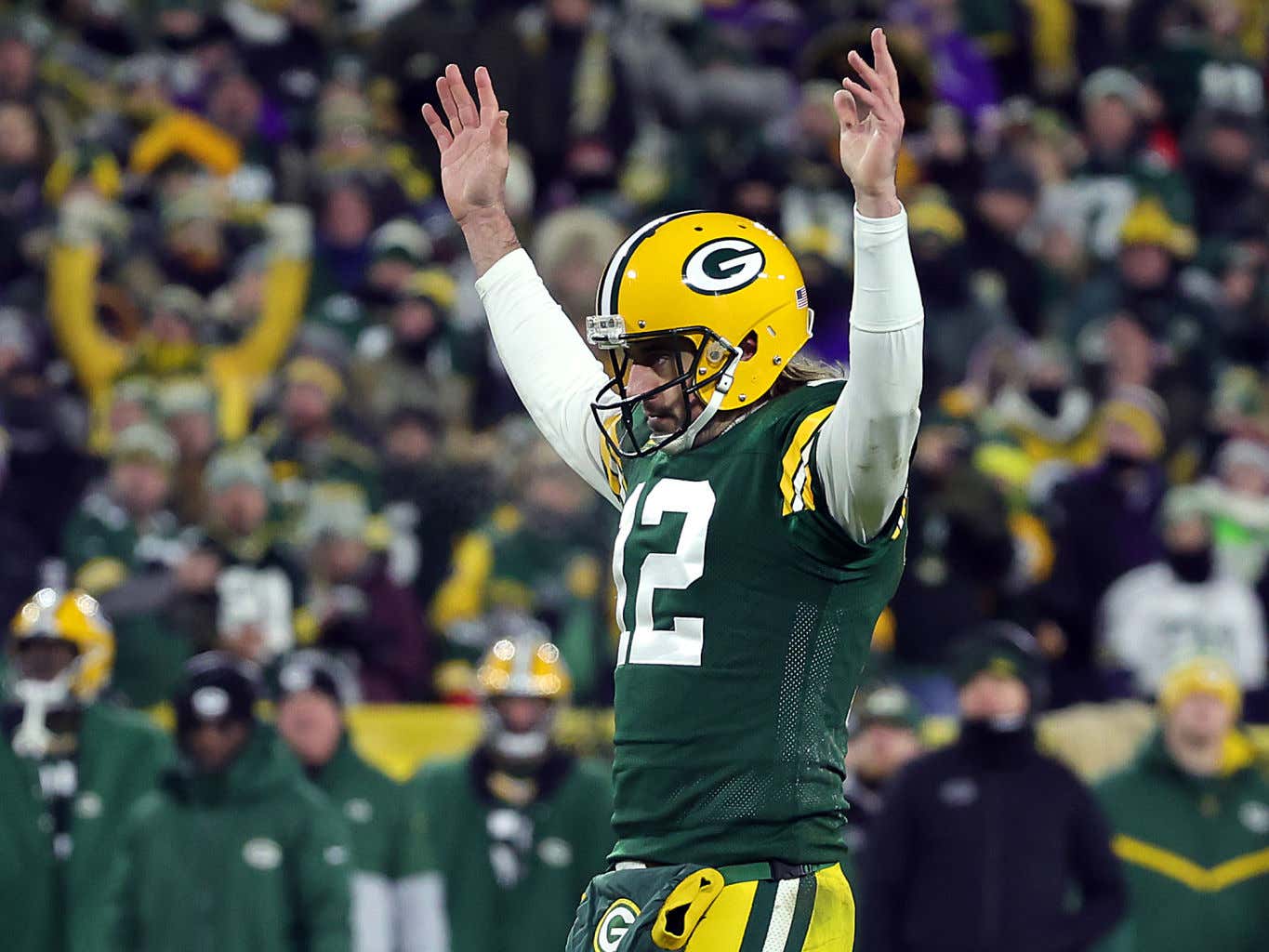 The Vikings needed this win to keep their season alive. The Packers needed this W to clinch the number one seed in the NFC and home field advantage throughout the playoffs. The Vikings were operating without Kirk Cousins after he tested positive for COVID; the Packers had the most talented quarterback in the game.

It's really simple: Aaron Rodgers is the fucking man and this Packers team is ROLLING. Earlier this week #12 went into a rant about how talented Davante Adams is, how they're always on the same page, and how much trust they have between them. While this isn't novel news, this year has been just unbelievably ridiculous.

I mean, come ON! That is just straight up magic. Adams broke his own catch record tonight, while  Rodgers walked off the field to the most beautiful "MVP MVP MVP" chants you ever heard in your life. Magic.

Look, I'm not trying to say the Packers haven't been before, because they definitely have.

But… this year feels different. Not just because of Rodgers and Adams, but because of Aaron Jones, AJ Dillion, Allen Lazard, MVS, LaFleur and  the whole vibe they have going on. It feels like they're all working towards something together, as this may be the last time THAT something may be possible with the ghost of Rodgers-Future lurking over head.

So, if third time's the charm (and dear God I hope it is), every other team (especially you Tom Brady because, yes, I'm still afraid of you) better watch the fuck out because this team is going straight to LA.