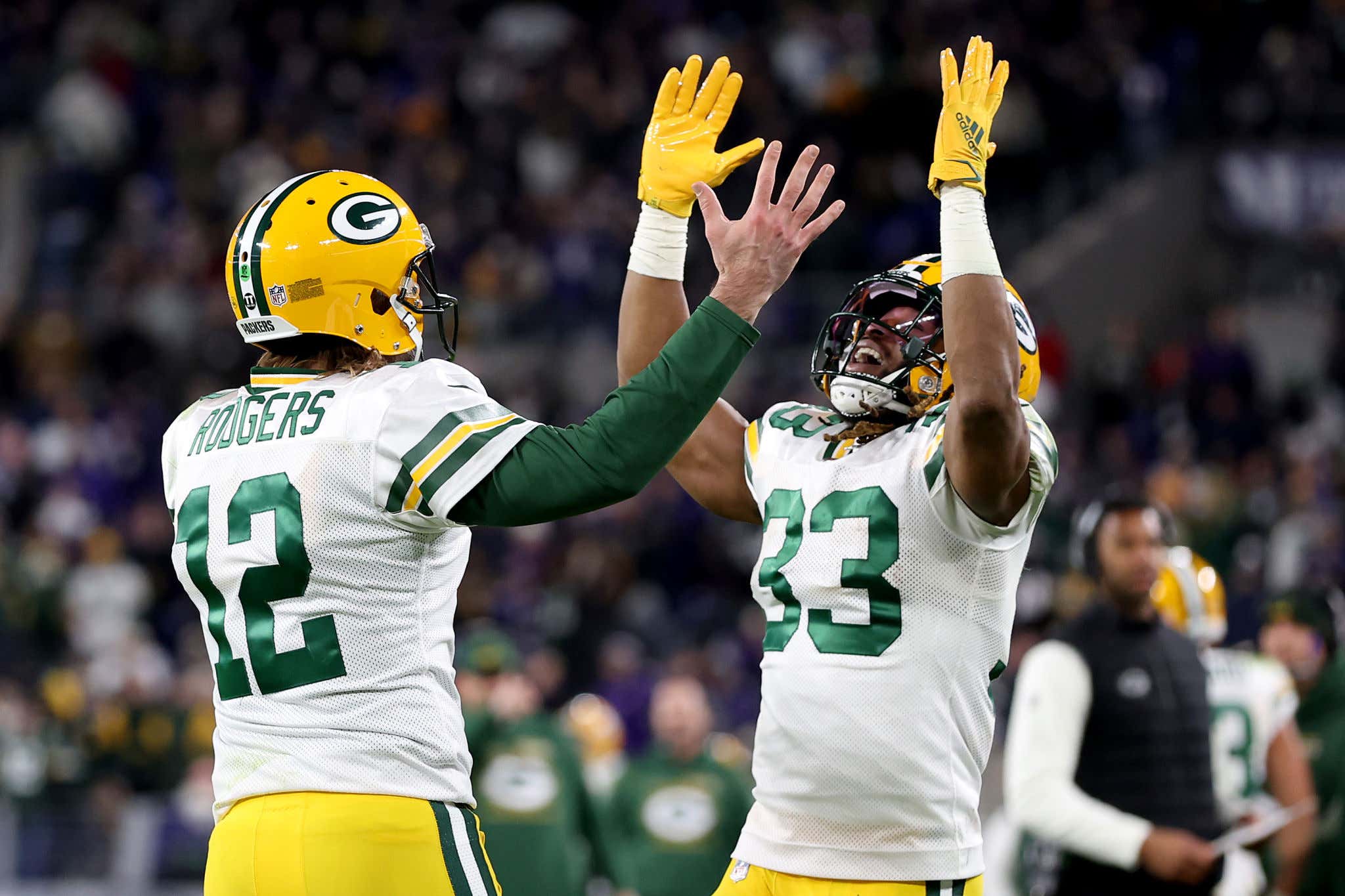 I’ve done a lot of complaining about lack of targets available to Rodgers in the past few seasons, but no more. It would be unfair for me to complain about Davante Adams, the baddest WR in the game, Aaron Jones, one of the baddest RBs in the game, MVS, who is truly special when he’s on, and Allen Lazard, who nearly broke his neck trying to make the play because that’s just who he is…

It would be silly and wasteful to not be grateful an O.G. like Randall Cobb is back. Maybe he isn't exactly who he was before, but when he is healthy, he still gives us glimpses of the good ol’ days and nostalgia reigns supreme. And so does Marcedes Lewis who you just gotta love for absolutely refusing to quit.

That effort is everything. That is the little thing that becomes a big thing down the line and that, today, helped put together the Pack’s fourth straight game of 30 plus points. Truth be told though, just like in previous three games, I found myself feeling like the scoreboard should be higher, like they left a few on the field… because, well, they left a few on the field.

I don’t say this to bitch about the couple of times Rodgers wasn’t perfect, I say it because the offense was THAT close to being perfect. Or at least they were until with less than 5 minutes left, they decided to NOT run the ball and instead hand it over to special teams so they could punt the ball about 2 inches and give the Ravens outstanding field position and the ability to drive back down the field to tie it up.

WHY DIDN’T THEY RUN THE FUCKING BALL! WHY! I swear sometimes it feels like we're just fucking up on purpose, just to see what might happen if we don't do the thing that makes the most sense to do. Try to score a touchdown in the NFC Championship game with the game on the line? Nah, we're not gonna do that. Instead we'll just kick a field goal and give ourselves a big pat on the back. I mean WTF are these play calls sometimes! Today… run the fucking ball! The best defense is smart offense, everyone knows that!

Then again,  I guess you don’t need to be that smart when the other side is being this stupid.

Sure, it would’ve been awesome for Harbaugh had it played out. But let’s be real here, that feeling would have only been temporary because you can’t give Rodgers the ball back with 40 seconds remaining and expect that feeling to last. That would just be foolish.

So, big thank you to John Harbaugh and his greed. 11-3 and the top of the NFC feels pretty, pretty good.