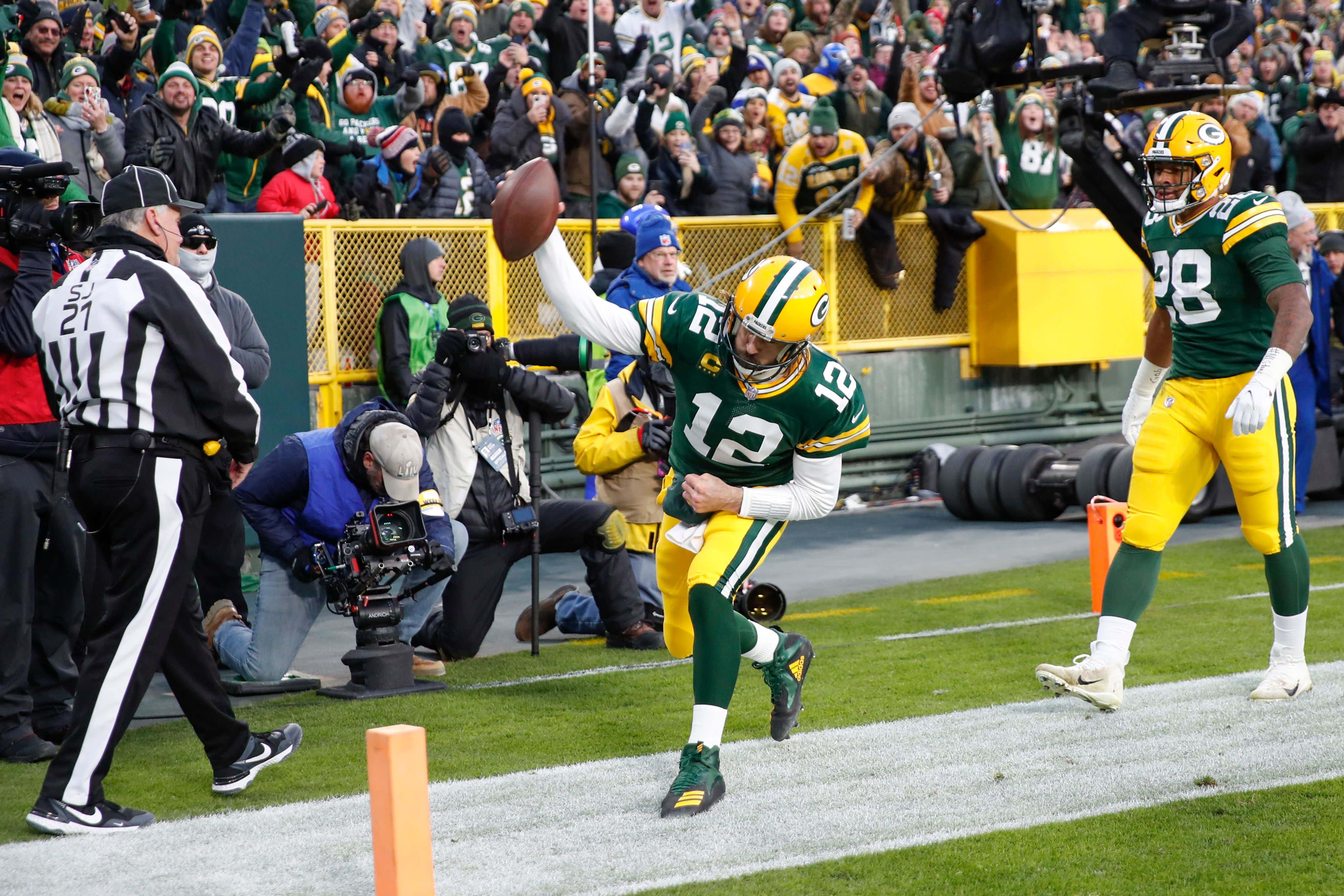 FUCK the Packers are good! I'm not saying this from the perspective of a subjective fan, I'm stating this as a completely objective fact: Green Bay is good. Real good.

Aaron Rodgers hasn't consistently practiced in weeks, this week he didn't practice at all, in fact, the team wasn't even sure he would even play against the Rams… yet he's out there throwing TDs and even running them in with only 9 working toes! 9 toes! Most people can't even walk with 9 toes because it throws their entire balance off (definitely probably not accurate), but Rodgers just carries on like the fucking champ he is. Against a healthy and always terrifying Aaron Donald I might I add.

Of course, on the other side was a healthy Matt Stafford coming off a bye.  Obviously the man knows the Packers well and with Cooper Kupp on the receiving end of his arm and an OBJ who of course was never going to end up in Green Bay because only a fool would have believed that, Stafford could have been a problem for the Pack's d.

But he wasn't. In addition to fumbling the ball, Stafford threw this beaut to Rasul Douglas.

Hell, even special teams was out there dismantling the Rams - a statement I definitely didn't expect to be attached to an otherwise dookie ST.

This is the kind of game that makes you anxious for the inevitable playoffs to come because if they can do this when they're really not healthy, what can they do when they get there? But, I don't believe in getting ahead of myself, one week at a time, blah blah blah, so I won't go there just yet. Instead, I'll say the bye couldn't be coming at a better time: Aaron Jones gets a week to rehab and rest his knee. Rodgers gets a week to glue his toe back together. Basically the entire offensive line, including David Bakhtiari and Elgton Jenkins, both have a little bit of time to get un-injured.

And lastly: Mason Crosby, well, I suggest you take this bye week to invest in some hypnosis sessions to rid you of whatever fucking curse is plaguing your mind and in turn your leg because 9 missed field goals, including a booming thud at the end of today's beautiful game, is simply not acceptable. I still believe. Don't make a liar out of me.