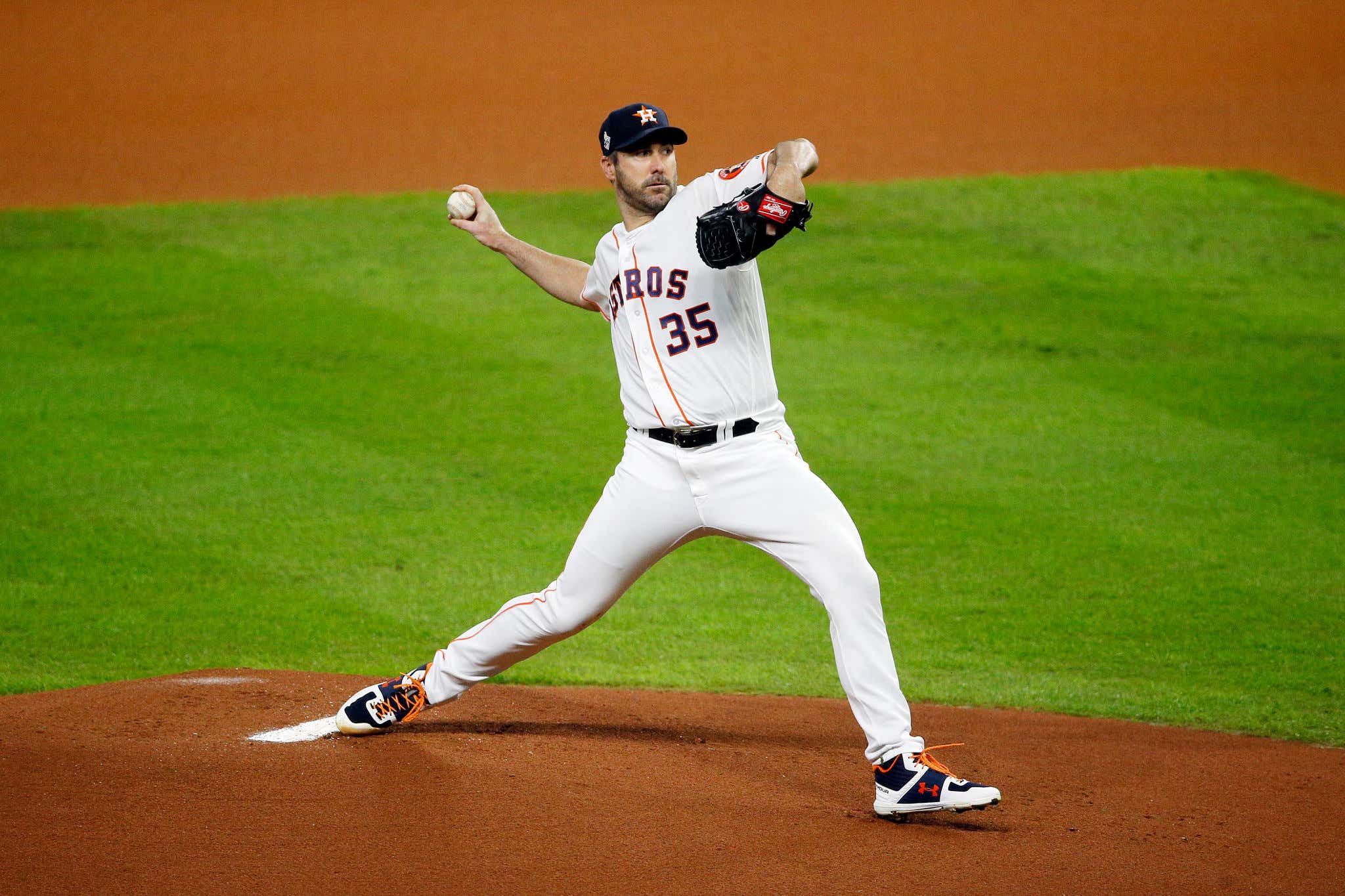 Well that concludes the Justin Verlander sweepstakes. Just hours after declining Houston's $18.4 million qualifying offer, the two time Cy Young winner announced he's headed back to Houston on a one year deal worth $25 mill, with a player option for the same amount in year two.

I don't know about you but I'm completely indifferent here. Call it a boring surprise if you will. Like alright, back to Houston he goes good for them. He's 38 years old coming off Tommy John and no one knows how he's going to look post sticky substance enforcement. Prior to signing with Houston, Verlander was pretty average, but took saw his stuff take a giant leap once he settled in there. He was also seen throwing 97 mph in his audition in front of many scouts the other day. How does that bode for his return? Who the hell knows, but Houston was happy to cough up some cash and pay their man. Verlander is close with their owner Crane and definitely feels comfortable there. Overall this is the best he was going to get on the open market.

The Yankees were interested in Verlander, as were many teams including the Red Sox, Blue Jays, and White Sox. WSD poetically published this blog just an hour prior to the signing

At the end of the day no one was going to a 2/50 deal with the question marks surrounding him. I woulda been on board with like one year $15 million just to have a vet and a better version of what they tried to do with Kluber last year. Wouldn't have made me jump out of my socks, but sure why not? Honestly, I'm kinda happy I don't have to pretend to like Kate Upton. She never did it for me personally.

Anyways, welcome back to Houston, Justin! I'm sure the guys are thrilled.

P.S. You wanna know who the real winner here is? That would be Max Scherzer. That guy is looking at something like 3/120 maybe even 3/150 from someone.