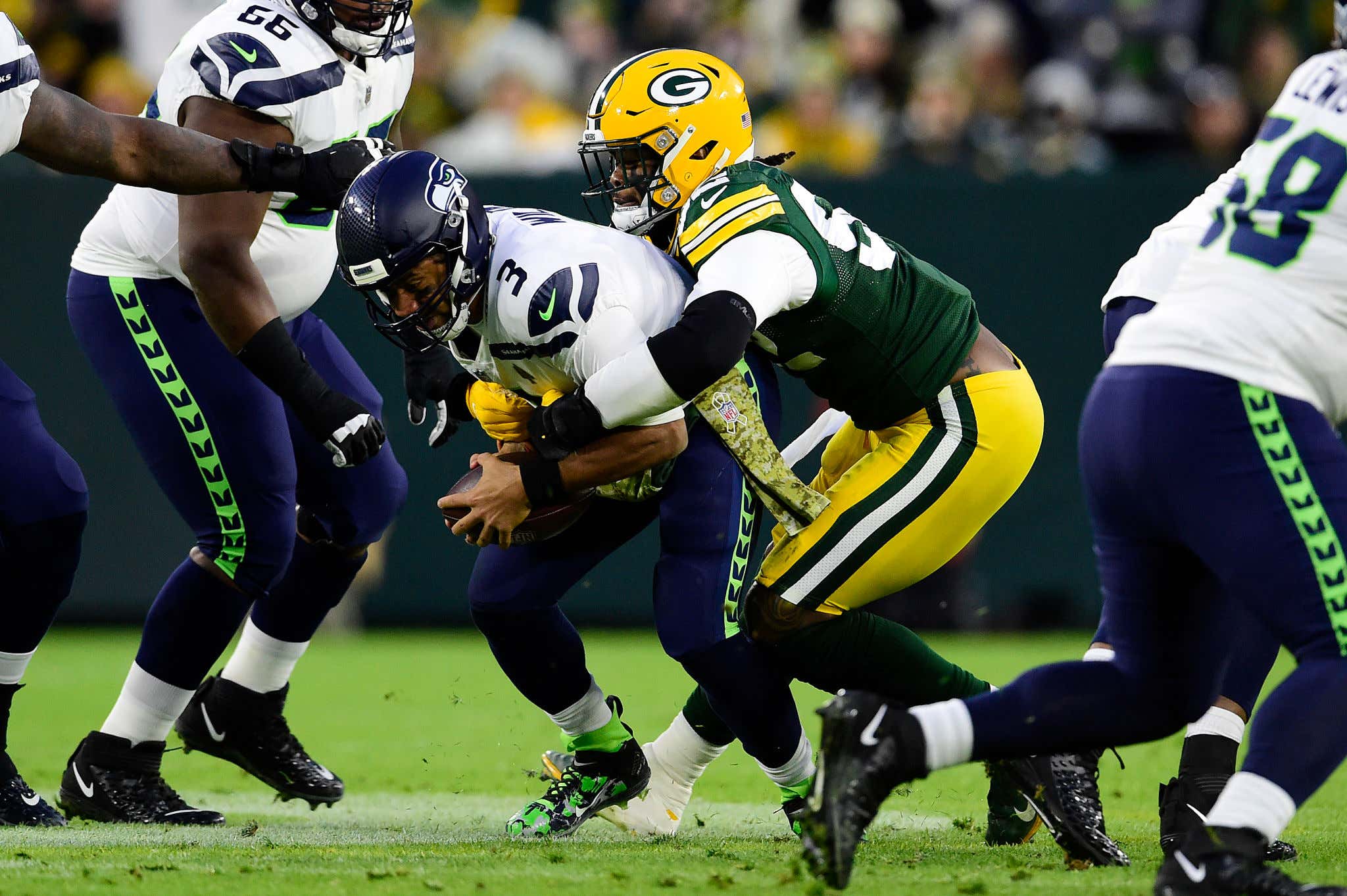 The Packers shut out the Seahawks 17-0. Russell Wilson hasn't been shut out in the last ten years, so some might say this victory is a pretty big deal. Those people clearly didn't watch the game.

If you missed the first almost 3 hours of this game, consider that a blessing. (Unless of course you're really into watching bad football, then this game was right up your alley.) Russell Wilson was looked horribly rusty and threw a couple of picks, including a couple in the end zone.  Aaron Rodgers was not his usual self and was making dumb, dumb mistakes (let just hope this isn't a pattern…), including following in Wilson's footsteps by throwing an interception in the end zone.

To be completely fair, Rodgers wasn't totally off. Allen Lazard had a couple of big drops. Aaron Jones also had two brutal drops, both of which could have been huge plays. But I couldn't give less fucks about those drops. Not after seeing Aaron Jones grab his knee and walk off the field with assistance.

As of now, it appears the Packers think he may have sprained his MCL, but they won't know for sure until further testing is conducted. I'm not a doctor (duh) and I'm not about to speculate on how long he may or may not be out, but I'm keeping my fingers crossed and hoping for a fast and speedy recovery.

And for AJ Dillion to continue to make much-needed touchdowns happen.

And for the defense to keep playing lights out (literally) football. But more importantly, I'm hoping the guy that was out there basically eating people alive…

… continues to do so. As if Aaron Jones injury wasn't bad enough, my guy Rashan Gary left the game in the fourth quarter after getting his arm caught in a pile. The reason I'm not showing you how the injury happened is because Jim Nantz said the footage of the injury was too gruesome to replay. We don't have a replay because IT'S TOO GRUESOME TO SHOW YOU. Come on man! I will say this however, watching a big man like Gary roll around all over the place from the pain that was circulating through his body, that shit was really hard to watch.

No Aaron Jones, no Rashan Gary, and no Whitney Mercilus thanks to a bicep injury. Fuccccck.