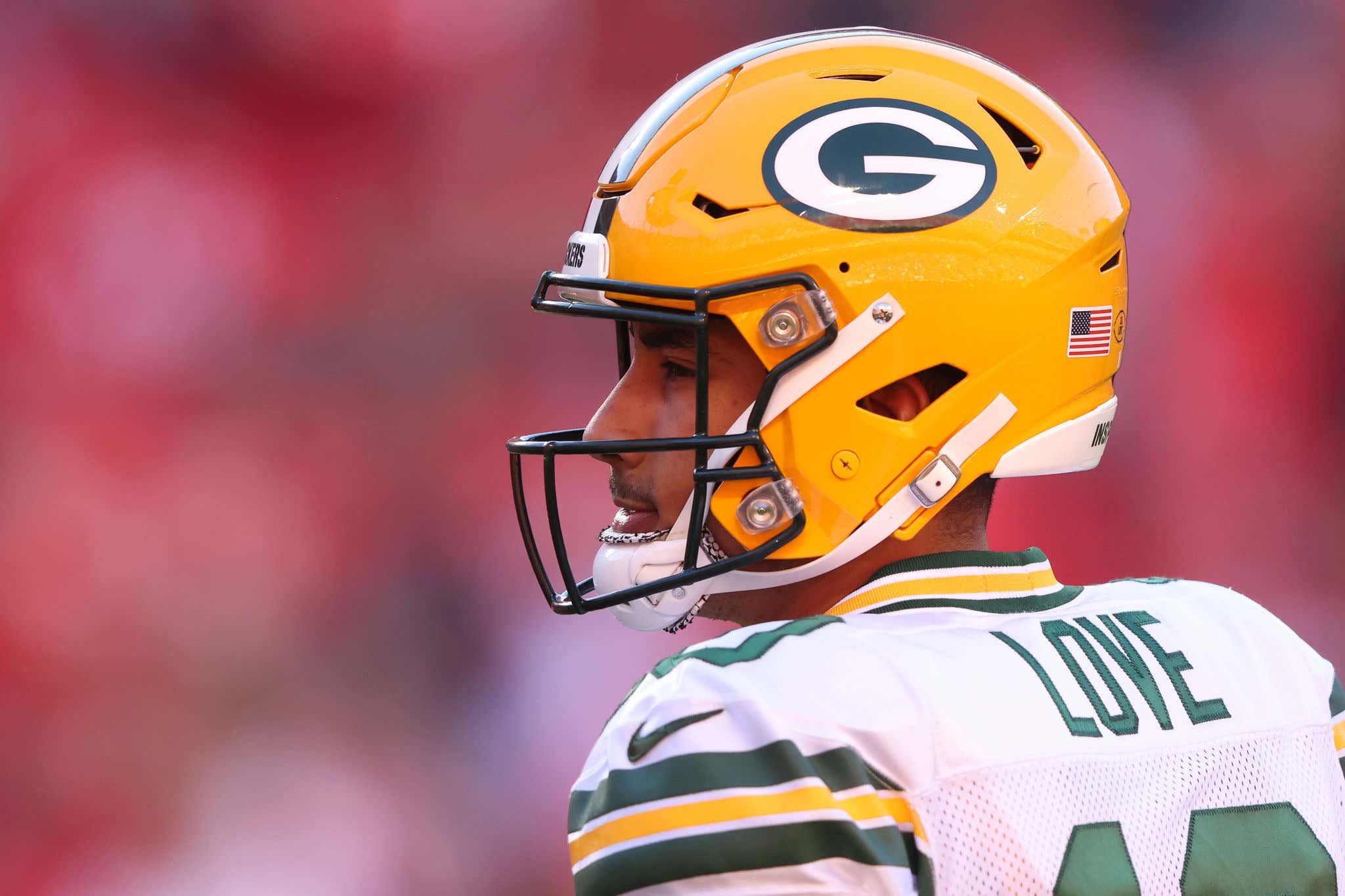 It's likely this is the first time you're hearing this because the media was super hush hush about it, but Aaron Rodgers tested positive for COVID earlier this week and was forced to miss today's game. As a result, the man who was drafted to take his place long-term, would take his place short-term against the Chiefs. Was this his moment? Was today the day Jordan Love showed the world why the Packers went above and beyond in 2020 to spit in Rodgers' face and create all sorts of unnecessary drama, both in the organization and on the internet with some crying chick? Would he silence the naysayers and Wally Pipp the hell out of Rodgers? Would people be reminded of the time Drew Bledsoe was injured and Tom Brady stepped in and became the GOAT? Would this be the beginning of the Jordan Love Era, just like once upon a time it was the end of the Brett Favre Era and the beginning of the Aaron Rodgers Dynasty?

Of course we must remember that it was his first NFL start and it would be completely idiotic to hold him to a standard that was even slightly higher than that, so keeping that standard in mind… he was still bad. He's had a year and a half to learn the offense with the help of one of the greatest to ever do it (who has actually been helpful) and he was facing a fourth-worst defense in the league. Yes, the Chiefs brought the pressure and were blitzing him basically non-stop, but he looked confused, overwhelmed, and extremely uncomfortable. Either the game was simply too much for him today or the game is too much for him, period.

Then again, it could be he couldn't focus on the game because he was too busy worrying about his loved ones' nose bleeds.

In the end, it was probably for the best that his mom couldn't see the field, let alone her son.

But really, jk, I hope this was just a shitty game and not a representation of who Love is as a player because I would really like my next headline to read "There WAS Much To Love About Jordan Love's Start." That kind of originality deserves to be put out there for the world to see.