Coming into today’s race there were five races left in the season and twelve points separating Max Verstappen and Lewis Hamilton in the Driver’s Championship. Hamilton and Mercedes needed a strong weekend to rebound after Verstappen winning in Austin two weekends ago. Mercedes took care of business in qualifying and were starting the race in first and second. Right behind Valtteri Bottas and Hamilton on the front row were Verstappen and Sergio Perez in the Red Bull cars. Mercedes had the upper hand when the lights went out to start the race but after the first corner, they found themselves shit out of luck. Verstappen had a great start and pulled out from behind Hamilton to make it three-wide going into the first turn. That’s when we got our first and only chaos of the race.

Watching it again, Bottas brakes a little bit early which you can’t really do when you have someone like Daniel Ricciardo behind you who’s notorious for braking late. But how about the absolute balls on Verstappen braking that late going into the first corner? Especially going into a chicane where if he overshoots that first turn he’s going to be screwed for the second half of the turn. Verstappen gets that corner wrong he’s getting shuffled back in the pack and out of the race. There’s a reason Verstappen is leading the World Championship right now. This season he’s been willing to take risks and go for moves, sometimes they've led to crashes but other times like today, they've paid off in a big way. Hamilton probably played it smart or he didn’t have the car to brake that late, but right now it feels like we’re seeing the difference between someone who’s young and hungry to win their first championship against someone who’s already won seven championships.

The best chance for Hamilton to get back in the lead was after the safety car restart on lap five. Verstappen restarted the race and easily pulled away from Hamilton, which was really the only time in that race where Hamilton was even close to battling for the lead. The race was over and Verstappen pulled away, eventually winning by sixteen seconds.

The real battle at the front turned into Hamilton doing everything to hold off Perez who was racing in his home Grand Prix. The Mexican crowd was erupting every time Perez came through the stadium. It was an incredible atmosphere at the track. Perez put in a good effort throughout the race to pass Hamilton for second but ultimately didn’t have enough to make the move. He finished the race in third, but third is still on the podium.

What a moment and weekend for Perez. This time last year it had been announced that he wasn’t going to be driving for Racing Point (now Aston Martin) and didn’t know if he would have a seat in F1 for this year. End of last season he lands the second seat at Red Bull and is now battling Hamilton and celebrating on the podium in his home country with his Dad in front of tens of thousands of proud Mexican fans. A moment he’ll remember for the rest of his life and another example of why Perez is one of the most liked drivers on the grid. The ultimate "you love to see it" moment.

With the win, Verstappen extends his lead in the world championship to nineteen points. He’s now fully in control of the Driver’s Championship with four races left in the season. If he continues this form next weekend in Brazil and is able to consistently deliver podiums to end the season, there's not much Hamilton can do to prevent Verstappen from winning his first world championship.

In the Constructor’s Championship, this was a huge weekend for Red Bull. The Bottas crash on the first lap left him in the back of the pack and out of the points. Red Bull securing a double podium and Bottas out of the points helps the team close the gap to Mercedes and they are now just one point behind now. This is going to be an awesome battle to underscore the end of this historic Drivers Championship battle. In the Ferrari vs. McLaren battle for third, the Ferrari boys are now 13.5 points ahead after a strong fifth and sixth-place finish for Carlos Sainz Jr. and Charles Leclerc. This is another interesting team battle to watch down the stretch.

The final big storyline of the weekend was what happened at Alpha Tauri, which is the sister team to Red Bull. You can’t have a more contrasting weekend between two drivers. Pierre Gasly qualified in fifth place and drove to an easy fourth-place finish. A very strong result for him. On the other side of the garage was rookie driver, Yuki Tsunoda, who had a miserable weekend.

In qualifying, Yuki ended up in a very weird position where he was ahead of the two Red Bull cars on the final qualifying lap and was told by the team to basically get out of the way of the Red Bull cars. Yuki ended up going fully off the track and Perez who was behind him was so confused that he ended up going off the track as well. Verstappen was behind the two of them and hesitated when he saw the two drivers on the side of the track, losing time on his final qualifying lap. Verstappen and the team were pissed at Yuki. Not a great situation for the rookie driver who’s been in terrible form recently.

Then in the race, Yuki ended up crashing and was out of the race after the first lap. Can’t really have a worse race weekend. I really like Yuki, but he’s been very inconsistent this season and still hasn’t shown that he can deliver the results that he showed he’s capable of in the first race of the season in Bahrain. Alpha Tauri has Yuki signed to drive for the team next year, but Red Bull isn’t shy about swapping out drivers if they don’t deliver results. If there’s a “hot seat” right now in F1 it’s Yuki’s. 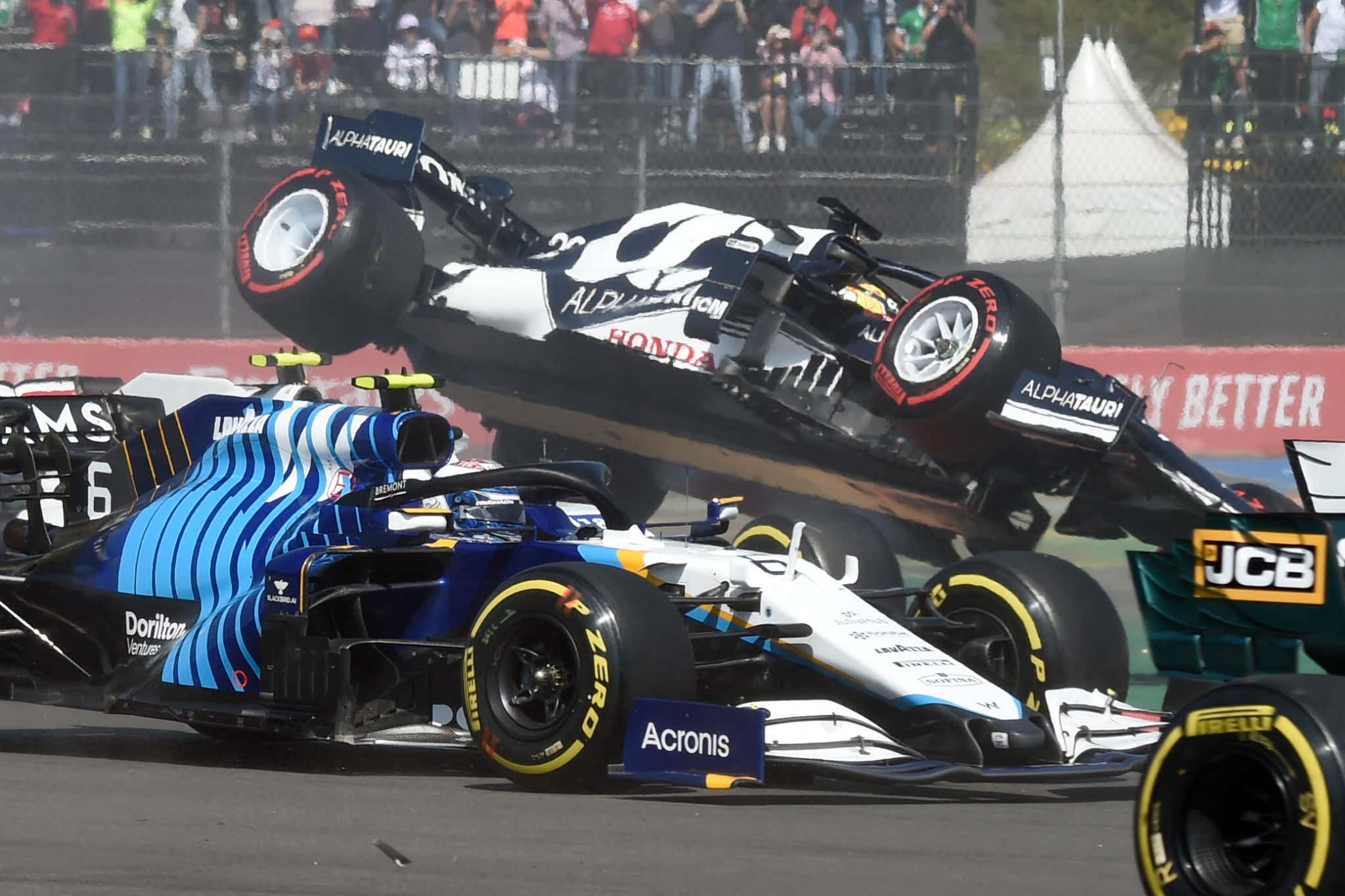 The next race is in Brazil next weekend. Thank you F1 for giving us back to back to back race weekends at the end of this season. Four races left and all of the championships are still up for grabs. This is a historic season and it’s still far from over. Shout out to everyone who responsibly bet on Perez to podium on the Barstool Sportsbook with me.