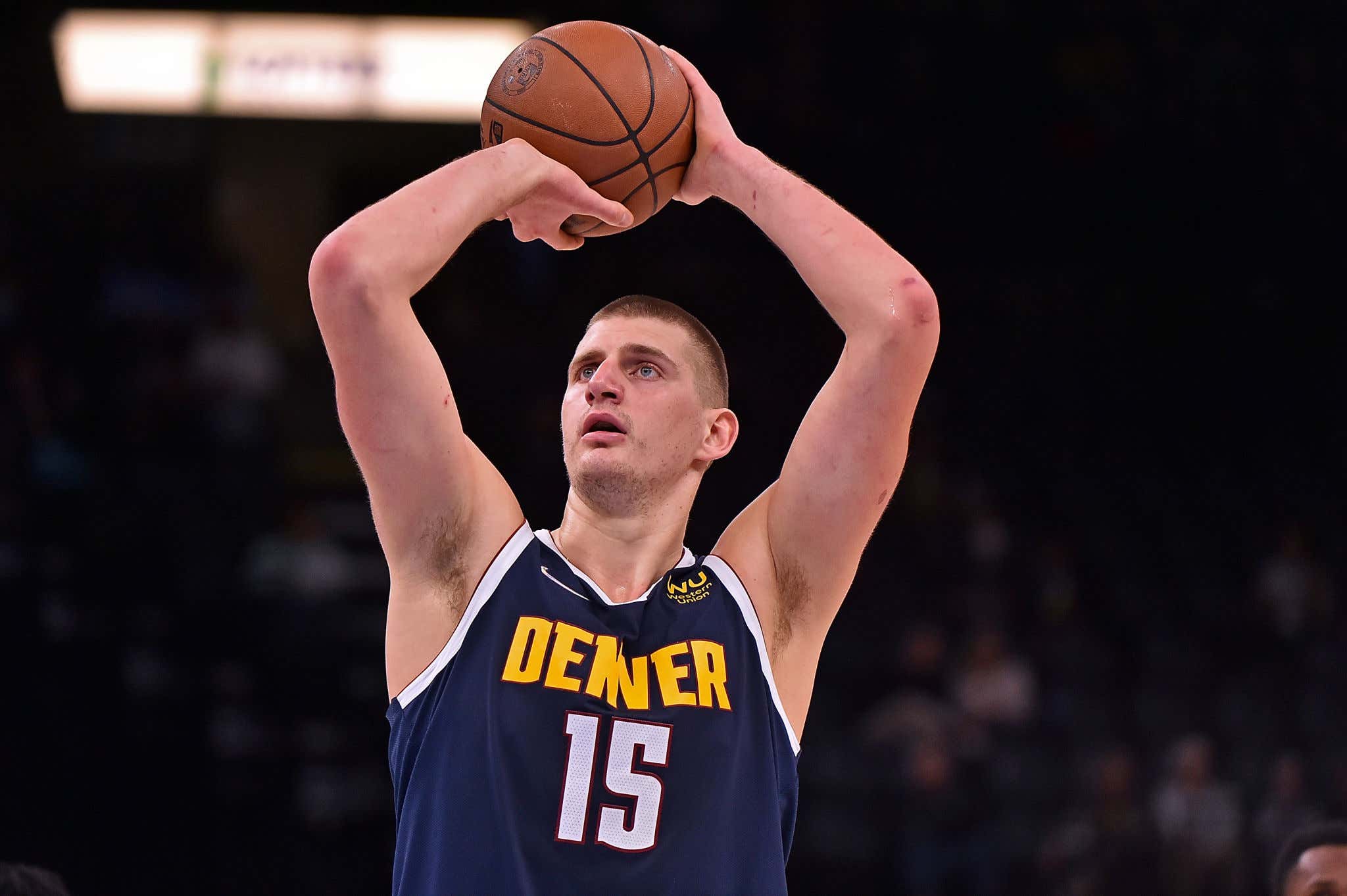 Let me ask you something real quick. Unless you're a Nuggets fan and you read all the Nuggets blogs/listen to Nuggets podcasts, how much have you heard about Nikola Jokic's season? You know, the defending MVP? Is it fair to say it's been largely crickets? Are we seeing any back to back MVP conversations? Is ESPN talking about it? The answer, is nope. This is largely insane in my humble opinion that has watched his season so far.

Jokic is off to just as good a start as the year he won MVP. Another legit 25/13/5.6 on 59/40% from the floor with a career high 1.9 3PM a night. His efficiency is up, his rebounding is up, and while there's been a dip in his assists that makes sense considering he's without Jamal Murray and MPJ is off to a brutal start. Even still, he's leading all centers in assists per game. Yet when you look at how his season is being perceived, it's another year of disrespect

It's not just the production either. Listen to how this man talks as the leader of his team

I thought we were done with this whole sleeping on or disrespecting Jokic. What gives? Is it because he's not flashy, doesn't give a shit about individual success, and isn't in commercials? Outside of Lakers privilege, what has AD done to be higher on that MVP list right now? Is it the fewer points, fewer rebounds, fewer assists, or the 14% three point shooting? The same AD that was on the floor as the Lakers choked again against the lowly Thunder? I'm not even a Nuggets fan and that bothers me.

It just feels like if any defending MVP was having the individual start to their season that Jokic is having, it would be talked about way more. If this was LeBron we'd never hear the end of it. I'm not saying he should be leading that list, there have been a ton of great starts to the year. I'm just wondering what Jokic has to do in order to get the proper respect. People did everything they could last year to invalidate his MVP despite him having one of the most historic individual NBA seasons ever. Don't give me the postseason excuse either because what the fuck has Gobert, Luka, Morant, or DeRozan done?

Maybe Nuggets fans actually prefer this. They'd rather go under the radar and know in their hearts that they have a unicorn player. That maybe it doesn't matter if the rest of the basketball world finally accepts that Jokic is a fucking beast and should be hyped up and talked about like every other blue chip player.

This is a long way for me to say, do yourself a favor and watch the Nuggets on League Pass. I'd say there are a handful of moments every game Jokic plays where he does something that will break your brain. Remember this pass?

Honestly, it doesn't make much sense to me. There's this weird feeling that we should just ignore what a generational talent is doing. It's not like the Nuggets aren't good either! Sure they've been in a little 2 game skid at the moment but they're just as competitive as any team in the West and they are missing their second best player. Why is that? Because of fucking Jokic. Give the dude his proper respect.