This boost is near and dear to my heart as a self-identified international man of mystery and having these players all together can make any bettor’s eyes open wide. Some of the best players are coming from Europe but unlike North Americans, these players are professionals for years prior to jumping to the NHL. Well, I guess if you played for the London Knights you are still living off that contract just ask Biz.

The Great 8 was lighting the lamp for Dynamo Moscow well before he scored his first goal in the nation's capital. He has always had the electric celebrations that most humans would pull a muscle trying to attempt. Ovie was a big name in Moscow since he was young and had some nights out on the Putin CC but not sure if that card is always open at the Russia House in DC but maybe Barstool will open the tab when he gets on the scoresheet tonight for the boost.

The Big Swede Hedman played defense for Modo for 2 seasons before making the jump. Modo sounds familiar because the Whit banged out a tough 4 games for them before retiring during an intermission. Hedman is an MVP candidate every year and quarterbacks the pp that is very efficient and gets pucks on net.  I think he scores tonight from the point with Killorn screening the goalie, not to be too specific but anyway it will close another loop for the boost.

Koln, Germany is a lovely place with great history and the best player arguably out of the city is Draisaitl. The town is pronounced exactly the same as cologne, you know the bottle in the club men's room that cost you a dollar for a spray. He is off to a terrific start to the season helping the Oilers get off to one of their best starts to a season in a long time. The PP in Edmonton is as close to automatic as a team can get in the NHL and he is a key component to that. Leon gets an apple most likely to Mcjesus and this fills out the tail of the boost and to think Biz wanted him to start a fragrance company and leave the grind behind. It's almost as if Biz is horned up for a new smell when he is chumming it up with Gretzky. 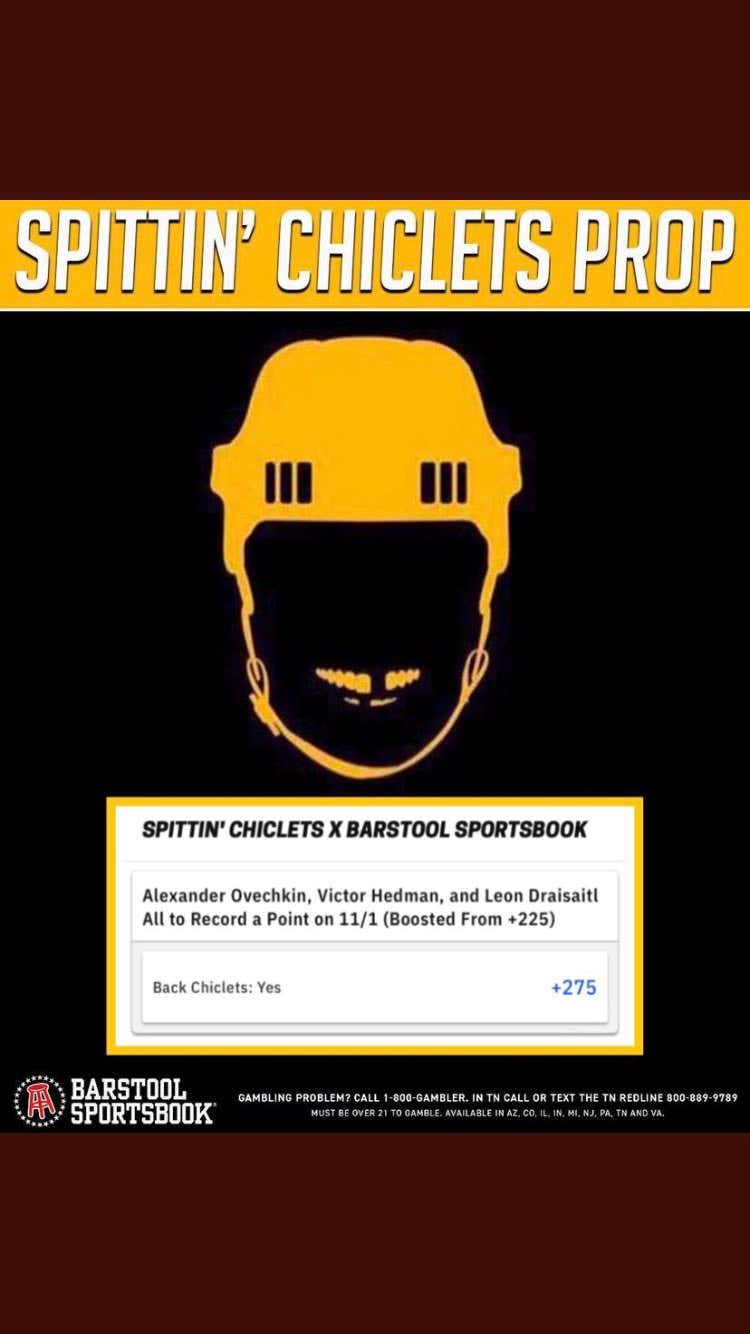 So to overview 3 of the best players in the NHL to get 1 point at +275 …. Hurry up get over to the exclusives page and bet this before Barstool Sportsbook realizes it is a lock!!!