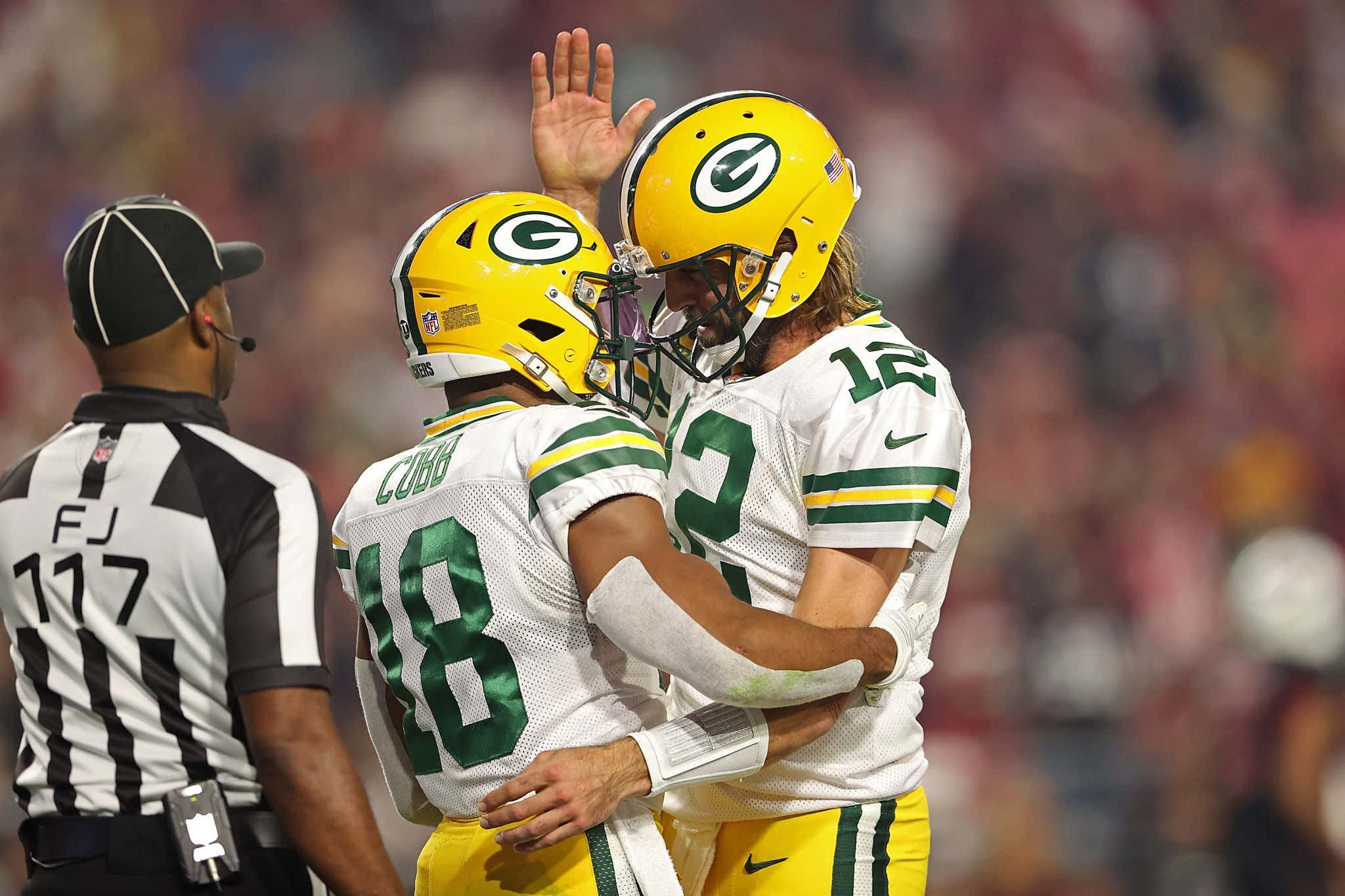 A lot of people questioned Aaron Rodgers' big push to bring Randall Cobb back to the Pack. "Cobb's a has been." "It's never going to be what it once was." "This is exactly why he's the quarterback and not the GM." Well folks, nights like tonight are exactly why Rodgers is brilliant and you're not.

Anybody who knows the history of the Packers receiving corp will tell you how basically every year Rodgers is, at some point, left without a single top receiver. Last year he was without Davante Adams, Allen Lazard, and Mercedes Lewis, putting the game basically on the shoulders of MVS. The year before there were so many guys injured the Packers had to bring someone in just to make sure Rodgers even had a body to throw the ball to… and he turned around and had a perfect 158.3 day. So if you're Rodgers and you're given (or force) an opportunity to prepare for the shit to hit the fan, you better fucking believe you're going to prepare for the inevitable by bringing in your bff and long-loyal #1.

Because THAT'S the guy that shows up time and time again, and that's the guy you're going to trust to give you exactly what you need when you need it. That's why you bring Randall Cobb back.

And sometimes, if you're really lucky, a guy will come out of the woodwork and give you what you desperately need in the most desperate of timing.

And with that play, Rasul Douglas' life just changed (prob not though) and so did the Cardinals undefeated season.