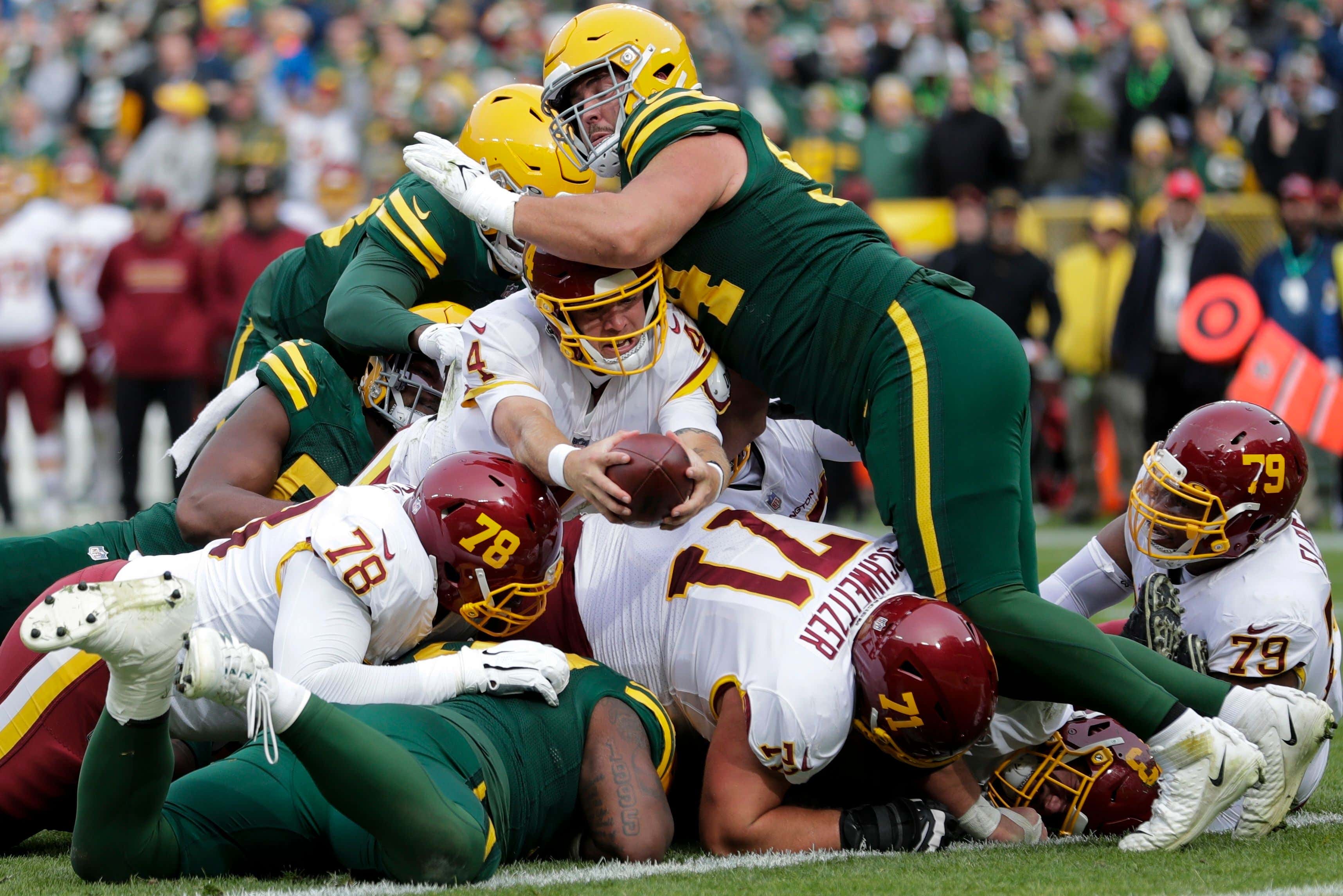 As much shit as I talk about this Packers defense (well not so much shit as just general lack of enthusiasm), they deserve some mega credit for the red zone D they threw down against Washington: six trips to the red zone and only one touchdown on the board. It doesn't matter if they allowed them to put up almost 500 total yards, 7 points is 7 points. Impressive. But… if I'm being perfectly fair to the simple-named team, they would've had another 7 had Taylor Heinicke resisted the dive.

Or avoided a bunch of other tiny mistakes I'm giving the Packers defense credit for.

Honestly though, it would be wrong to blame Heinicke for any of these infractions. If you grew up a Packers fan and had the opportunity to play in Lambeau Field, you would probably want to do right by the good people of Green Bay too. Regardless of what team you were on. In fact, the last thing you would want to do is put up a stellar performance, upset the hometown crew, and give them a reason to boo you. That's the kind of stuff nightmare are made of!

But even if Heinicke didn't sacrifice his present reputation for his past love, it's worth pointing out the diving rule is stupid. Just dumb. Diving is not the same as sliding and it shouldn't be treated as such and I won't hear it any other way. That touchdown should have stood and Heinicke shouldn't have to bear the shame caused by idiotic rules.

Thursday night against the Cardinals and Kyler Murray is going to be… interesting.