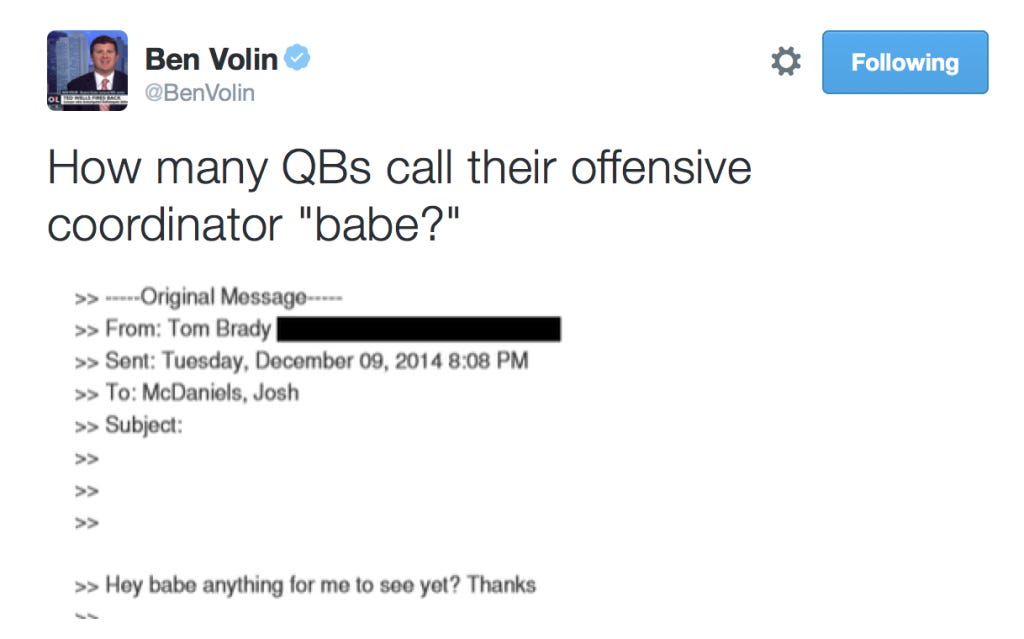 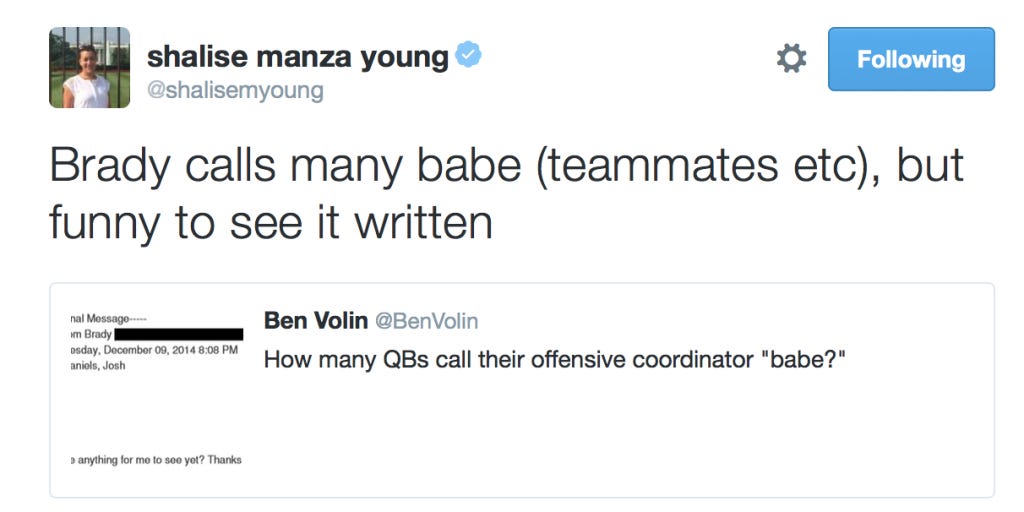 Looks like I don’t have friends, buddies, or pals anymore. I just have babes. Blonde babes, brunette babes, bald babes, babes with dicks, old babes, young babes. Babes I have sex with and babes I work with. Just fucking babes everywhere. Maybe it looks weird, maybe it sounds a bit weird, but if it’s good enough for Tom Brady than it’s good enough for me. That’s how it’s gonna be from here on out, babe.