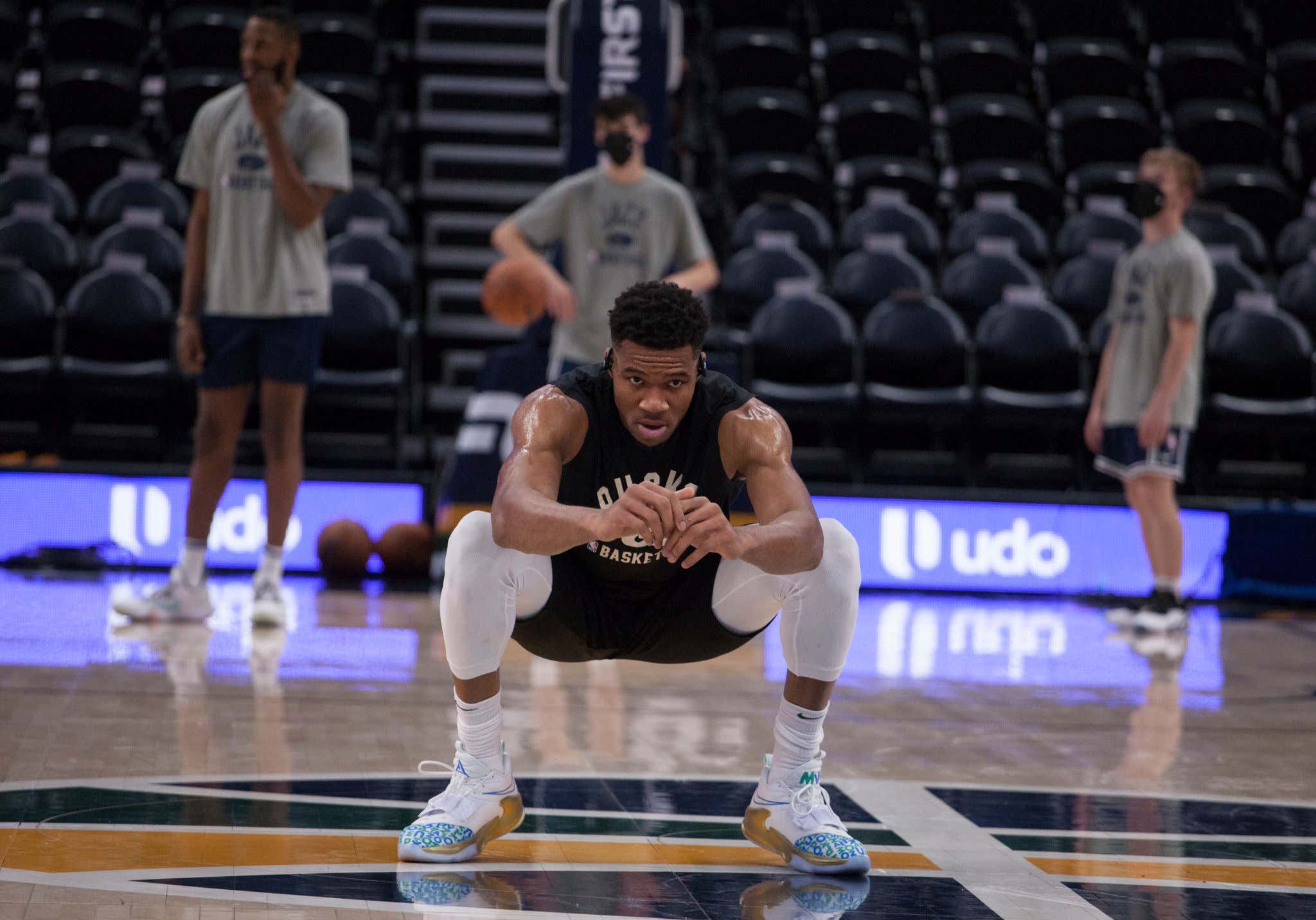 Remember a few weeks ago when we first saw evidence of Giannis working on his jumper? I blogged it at the time because it's a pretty big deal

The point of that blog was mostly that we should all be very, very afraid of what a version of Giannis with a consistent jumper looks like. I don't know how you stop a player like that considering Giannis just showed us he's already relatively unstoppable as is, even with a shaky jumper. Well last night against a Jazz team who started their regular players and are one of the best defensive teams in the league, look at what this man did

The perfect caption. We're fucked. Look at that shit! Pull-ups from midrange off the dribble? Turnarounds out of the post? Taking threes off the bounce? Again I ask you, if this is what Giannis is going to be doing on the regular, what the hell do you do as a defense? How do you stop this. You can't do the wall anymore, he figured that out already. In total, he finished with 21 points on 9-12 shooting (2-3 from three) in his 21 minutes.

His form looks so much more fluid entering this season which was a big part of his struggles. Whatever happened from his rookie season until now messed that up. Not only that, he also looks like he's trimmed down his free throw routine

This is the type of stuff that makes Giannis impossible to root against. He's already so accomplished by 26, is coming off a HISTORIC playoff run in which he won his first title and Finals MVP, and he didn't settle. He worked on his game and turned his weaknesses into strengths. If I were a Bucks fan I would already be over the moon as defending champs, but seeing that shit I would immediately start thinking repeat. How could you not?

We always said, as soon as Giannis figures out his shot that it was curtains for the rest of the league. I don't want to get dramatic here, but doesn't that look like exactly what he's done? It's not like he did this against scrubs either. The Jazz are legit and their starters played. That would make me feel confident that this stuff will translate into the real games. This is Giannis we're talking about, I think he's earned that benefit of the doubt. This isn't a situation where you're seeing Ben Simmons make threes at the YMCA. Giannis is showing off his improved jumper against the NBA's best defense.

You may not want to accept this new reality, but it may be time we all truly Fear The Deer.