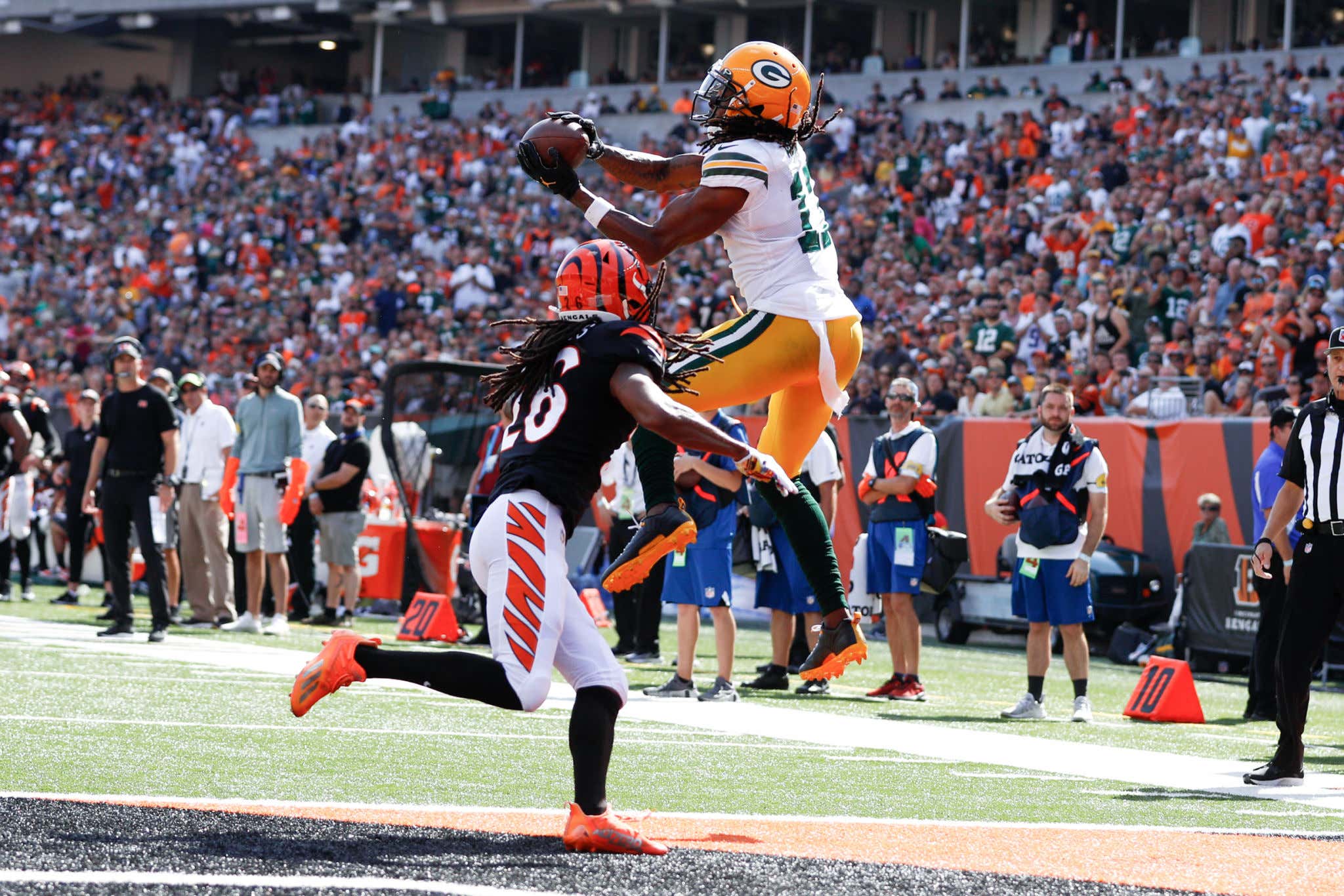 And that's about it for consistent brilliance today. I mean what the fuck was going on! Did no one want to win this game? Did both sides have insane money on the other team? That could be the only thing that explains the sort of nonsense we just witnessed.

Mason Crosby - the Pack's all-time leading scorer - missed the extra point in the 2nd quarter, then later, when the game was tied 22-all because of that missed EP, he missed a short 36-yard field goal for the lead.

But whatever, because, again, Davante Adams is brilliant, so when #12 needed someone with 20 seconds left in the game to toss to, he knew he could trust in Adams. And of course he could. Davante had a quick little 20 yard catch to set up Crosby for the field goal and the win. Of course, if Crosby couldn't make it from 36, was it too much to expect him to make from 51? Duh. Obviously. Zero shot that ball was going in. So off we go to OT to see two teams fight really hard not to win.

Honestly, I thought it was over when the Bengals won the toss bc the Packers defense was all over the place. They couldn't stop the run. They seem to think it's their lot in life to let teams in when they get in the red-zone. They allowed Ja'Marr Chase to have I don't know how many insane plays, including this one which I thought was the beginning of the end for the Packers OT run.

That of course put the ball back in Rodgers hands, who quickly put the ball and the game at the mercy of Mason Crosby's foot.

WHAT THE FUCK WAS GOING ON, MASON CROSBY! That was miss #3 for the game. You know how hard it is to miss 3 field goals! I mean, I don't personally know because I can't make a single one, but I imagine it's pretty fucking hard.

Fortunately, it appears Crosby is the Bengals kicker's idol so he decided to miss their field goal in tribute.

You want to talk about a roller coaster of emotions? Missed kicked, missed kick, OT, missed kick, missed kick! It was enough to make you think kickers were on some sort of silent strike to make themselves obsolete… which of course means the only way this game could have ended was with a kicker.

The Packers just got lucky it was theirs.