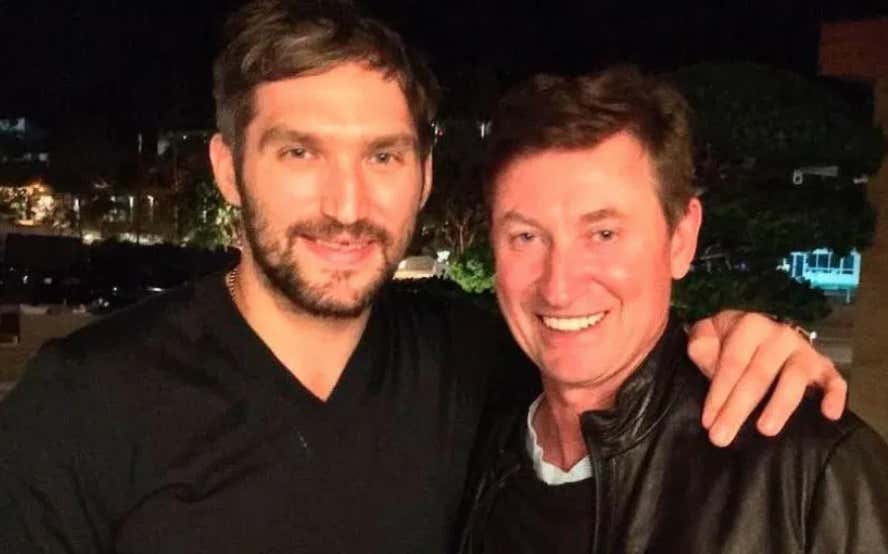 The Great One has said a few times now that he hopes to watch Alex Ovechkin break his all time goal scoring record, and he once again went on the record with it today.

It's been great to see not just Gretzky, but pretty much everyone in hockey, rally around Ovi in recent years. Winning the Cup obviously was the catalyst- but do not forget, DO NOT FORGET, how shitty a lot of the national hockey media was towards him before that. "Doesn't care about winning", "doesn't play defense", "only wants to win a gold medal, not a Cup", "will never make it out of the 2nd round" were just some of the hot phrases thrown around by remorons who now nary say a bad word about him. But Gretzky has always been pro-Ovi, and we will always love him for it.

Hockey season is here and it's glorious. It's pretty much one of the only 3 things in life I like, so I'm super excited it is once again here and we can once again watch Ovi, SCCTW, and the rest of the good guys in red make a run for another Cup. And it'll be fun watching Biz talk about it on TV all year long.

Grab a pumpkin beer and settle in, it's go time boys.