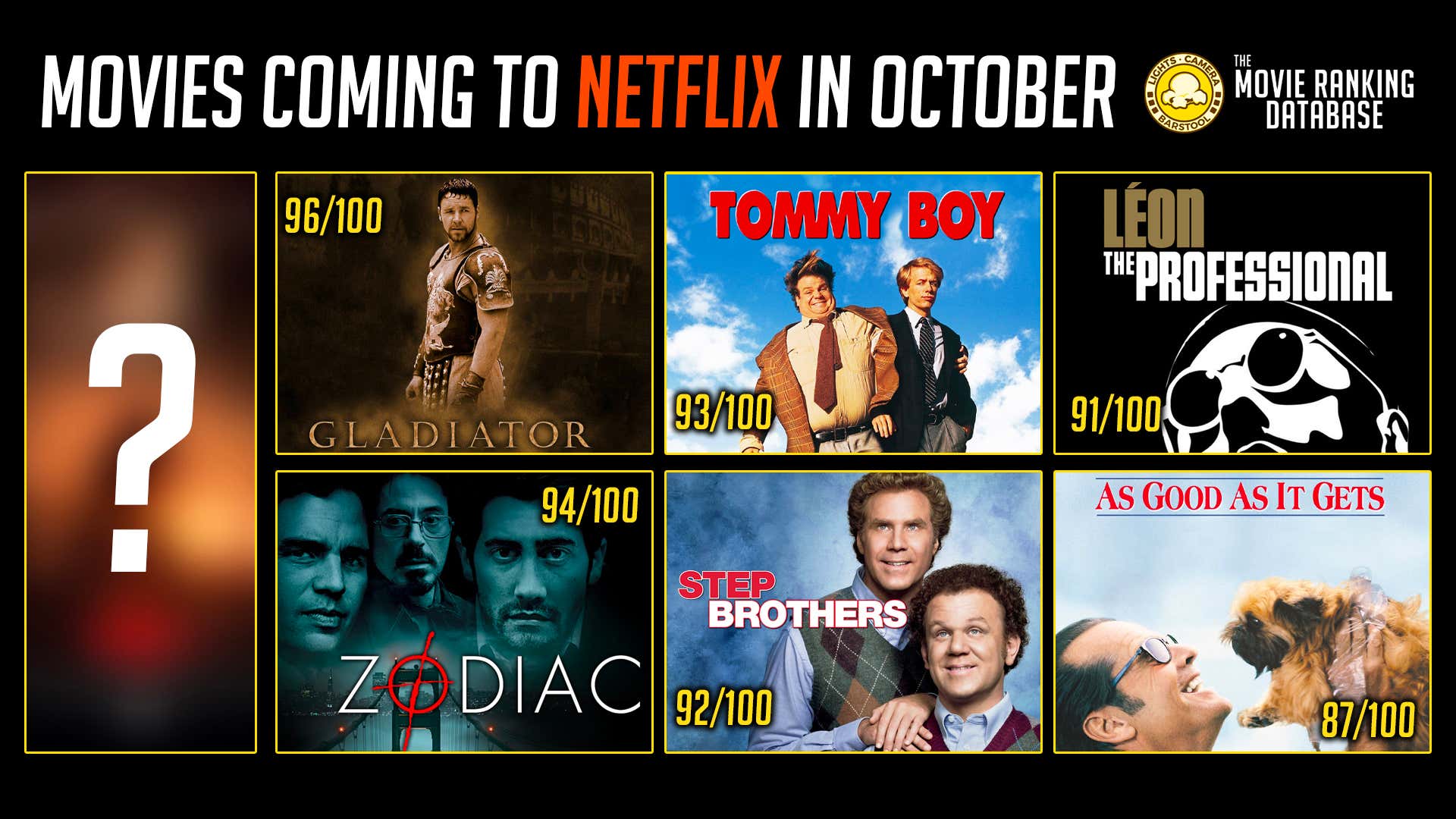 I recently recommended this when talking about foreign action movies without realizing that it was about to come to Netflix, which is way more accessible than Starz. It is really cool action combined with a interesting drama, plus the performance of Gary Oldman's career in my opinion. EVERYYYYYONEEEEEE!!!!

I don't need to pitch you on the most iconic Sitcom of all time coming to the biggest streaming service.

It still blows my mind that this movie is at a 77% on RT. God damn critics. Aaron Rodgers voice: How could you not be romantic about WHAT WE DO IN LIFE, ECHOS IN ETERNITY!

October 27th: King Arthur: Legend of the Sword (This movie is so bad that it almost rocks)

October 29th: Army of Thieves (New movie based on the character from Army of the Dead)